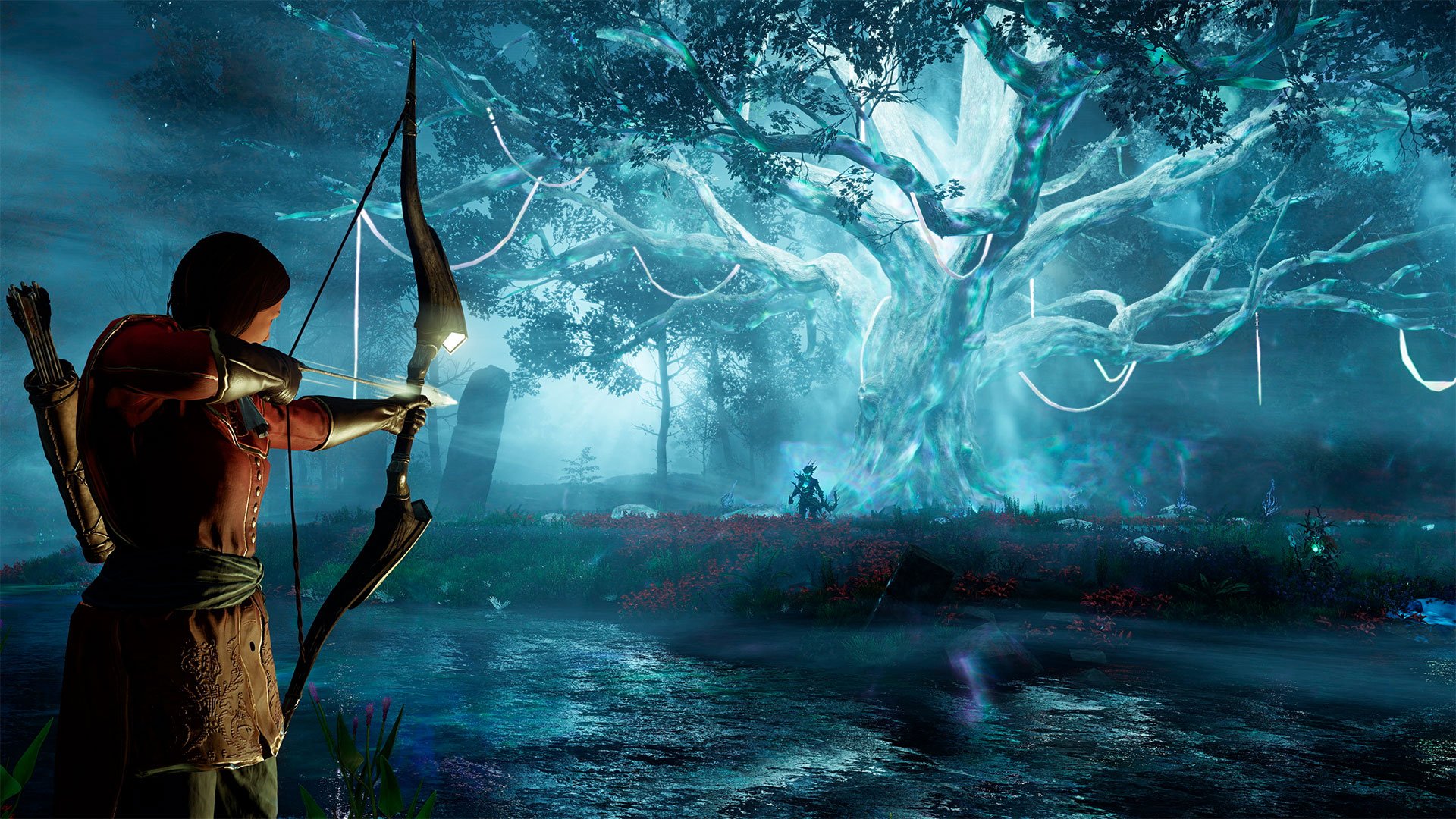 When New World launches later this year, the only items available in the in-game cash shop will be cosmetic items. New World isn’t expected to offer gameplay-affecting items (such as rested XP boosts and fast travel markers) in the game anymore, after a controversy sparked earlier this year while the game was in its early stages of alpha testing.

As a result of that community discourse, Amazon Games Studios won’t offer any items in New World’s in-game shop that feel directly “pay-to-win”. Instead, the offers in the game’s cash shop will be purely cosmetic, and make things feel “different”, but not necessarily better.

If you’re not a fan of the way your gear looks on its own, New World will offer up themed skins for weapons and apparel that changes the way they look to the naked eye. While they’ll keep all of their original stats and attributes, your items can have their physical appearance changed by themed skins within the in-game shop.

Companies are New World’s equivalent of guilds. Companies can only be aligned to one of the game’s three factions, and can feature a crest or insignia that players can use to show off their company, similarly to guild emblems in World of Warcraft. While there will be default options for company crests in the game, additional company crests will be available for purchase in the in-game store upon the release of New World. Players will be able to purchase unique designs to intricately update their company’s crest that stand out immensely from the game’s default options.

Emotes are one of the most commonly-found cosmetic items across games, and in New World, there will be plenty of emotes that players can find within the in-game shop. It’s unclear if players will be able to find additional emotes within the game apart from the standard ones, but many, including the “Fist Bump” emote players receive for pre-ordering New World, will be available for purchase.

In traditional MMO fashion, armor dyes will be a feature in the New World. Dyes are used to pigment one’s armor and apply different shades and tints of color to whatever you’re wearing. It’s to be assumed that, like many other online games that offer up armor dyes, certain dyes will be available in the game, but others will also be available through the in-game shop.