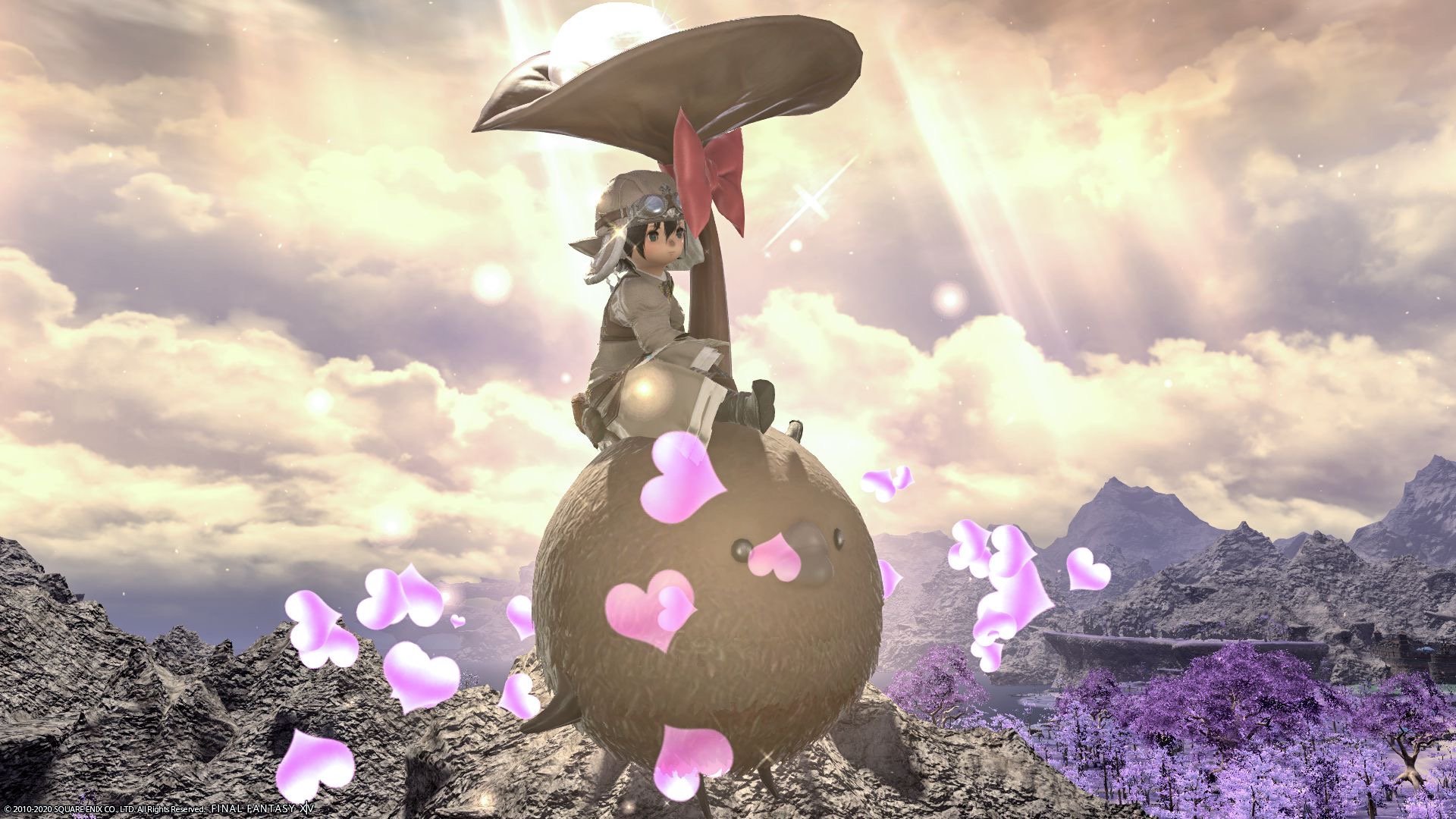 Final Fantasy XIV has many attractive characteristics for an MMORPG. There’s an overflowing amount of story content, an expansive open-world chock-full of different encounters, and various other content that can keep fans busy for hundreds of hours. However, one of the biggest selling points for the online game is the mounts. Mounts are hugely important in FFXIV, as they allow players to customize their character in addition to getting to different locations faster.

One of the more popular mounts of the last year or so is the Chocorpokkur.

The Chocorpokkur arrived in FFXIV as a result of two different promotions. The first promotion was with a Japanese chocolate company called Lawson, which brought the mount to the eastern part of the world. Then, Square Enix teamed up with Butterfingers to deliver the same promotion to the west. As a result, the mount has the Butterfinger name attached to it even though it doesn’t actually look like the popular candy bar.

When it was released, the mount was extremely popular. However, newcomers and veterans that missed the original promo have wondered if it’s possible to still acquire the Chocorpokkur Butterfinger mount in 2022.

We lay out the answer to that burning FFXIV question below.

How to get the Chocorpokkur Butterfinger mount in 2022

Sadly, the Chocorpokkur mount is no longer attainable in FFXIV. The Butterfingers promotional event concluded a little over one year ago, on June 30, 2021. While this might disappoint fans who missed their chance to snag the piece of flying chocolate, there actually is a way to add a very similar-looking mount to your FFXIV collection.

If you go to the Gold Saucer casino, you can acquire the Korpokkur Kolossus mount.

This mount costs a total of 750,000 MGP, which can take a while to earn at the Gold Saucer. In order to earn that much, you’ll need to complete dozens of Gold Saucer challenges, fashion week reports, and GATEs. Once you do have enough coins, you can purchase the Korpokkur Kolossus.

This mount doesn’t look exactly like the Chocorpokkur, as it’s a green color instead of a chocolaty brown. For now, it’s the best players in 2022 can do to replicate the look of the popular Butterfingers mount. Although, Square Enix could decide to relaunch the Butterfingers promotional event sometime in the future, which could bring the Chocorpokkur back into FFXIV for a limited time. Of course, there’s no indication that could happen, but the devs have been known to return to old promos.

If you’re truly desperate for a Chocorpokkur, then you could theoretically find a seller with an unused code for the mount. However, the second-hand market, especially for a game like FFXIV, can be a dicey arena to enter.

It’s been a year since the Butterfingers promotional event ended as well, so the chances of finding a legitimate code that doesn’t cost an arm and leg are unlikely at best.

Still, that would be the only current way of obtaining the mount.