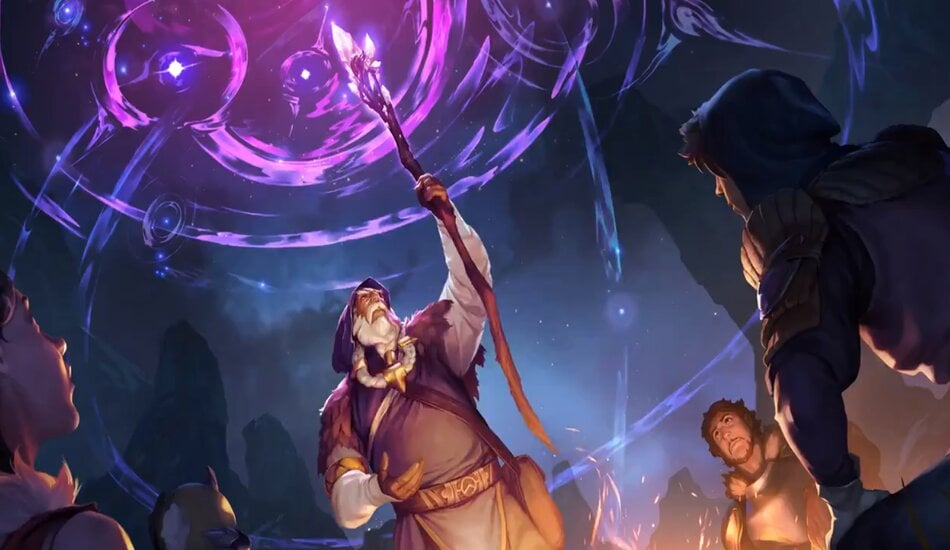 Riot Games revealed a new Lab coming to Legends of Runeterra today titled Discover Targon, celebrating the release of Call of the Mountain.

Scheduled to go live on Aug. 26, CoM features seven new champions and 89 cards. A total of 51 of those cards are from the Targon region, an eighth region being added to LoR. Discover Targon is a Lab that will feature six preconstructed decks for players to test out “new cards and strategies,” according to the LoR team.

Here are the six preconstructed Tagon decks and a brief description of each, according to the LoR team.

There are four champions being added with the Targon region: Leona, Diana, Taric, and Aurelion Sol. Three champions were also added to existing regions: Nocturne (Shadow Isles), Trundle (Freljord), and Lulu (Ionia). Riot has yet to reveal champions that are featured in the preconstructed builds or a detailed decklist of units and spells.

With the addition of CoM comes a new Region Road for Targon, along with extensions to existing regions, such as Shadow Isles, Ionia, and Freljord. Extensions have been increased to level 29. Riot is also offering new and returning players a chance to earn extra XP for completing the first 12 levels of non-Targon Region Roads.

A Ranked reset will occur with the launch of CoM. And new Challenges will also get added, allowing players to earn extra XP toward the Weekly Vault. Similar to the release of Rising Tides, players will drop in rank via the Ranked reset.

There are also several updates taking place regarding Masters LP

Targon and the new CoM cards will go live via LoR on Aug. 26 around 1pm CT.