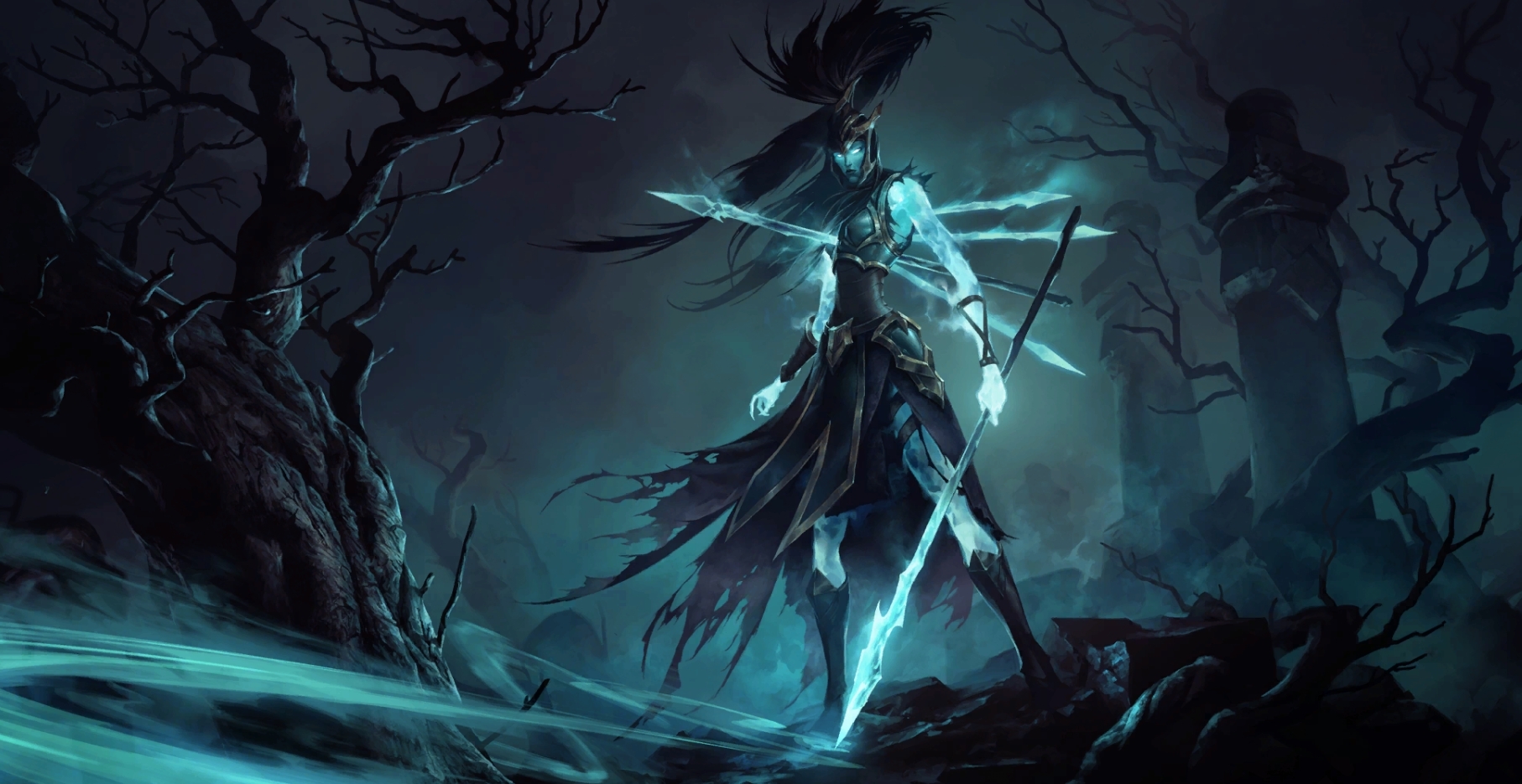 A major Legends of Runeterra balance patch will take place in June, buffing and nerfing more than 40 individual cards, along with keyword and system changes as well.

Scheduled to go live on June 29 is the massive LoR 3.10 balance patch. The update was announced in the middle of June by game designer Steve Rubin, promising to have copies count as playable and generable keywords, add buffs to Landmark removal, tweak functional adjustments to Disintegrate, while also nerfing and buffing more than 40 individual cards.

A teaser and official release date were dropped by Riot today on Twitter, showcasing every LoR champion and spell that is slated to get hit with nerfs and buffs via Patch 3.10.

The Shadow Isles region is receiving several significant buffs via champions like Kalista and Hecarim. Also getting buffed in the Shadow Isles region are cards like Camavoran Dragon, Blighted Caretaker, and the spell Crumble, which is likely part of the buffs to Landmark removal mentioned by Rubin.

Irelia and Shen are the two other LoR champions getting buffed, with both seeing little to no gameplay in the last few months. Bandle City is getting a buff via Chief Nakotak, supporting transformation builds with champions like Gnar. And Trifarian Assessor from the region of Noxus is also getting buffed, potentially bringing back some old-school LoR builds that prioritize beefy units.

Disintegrate is the first spell on the Patch 3.10 nerf list, although the functional adjustments mentioned by Rubin may get classified as a nerf. Ferros Financier is also on the nerf list, having been one of the most played LoR cards in the last few months. Also getting hit with the nerf hammer are spells Quicksand, Zenith Blade, and Sands of Time.

Players can expect the LoR 3.10 patch notes to drop on June 28 with the update going live on June 29. A new expansion featuring Kaisa is slated to release on July 20.