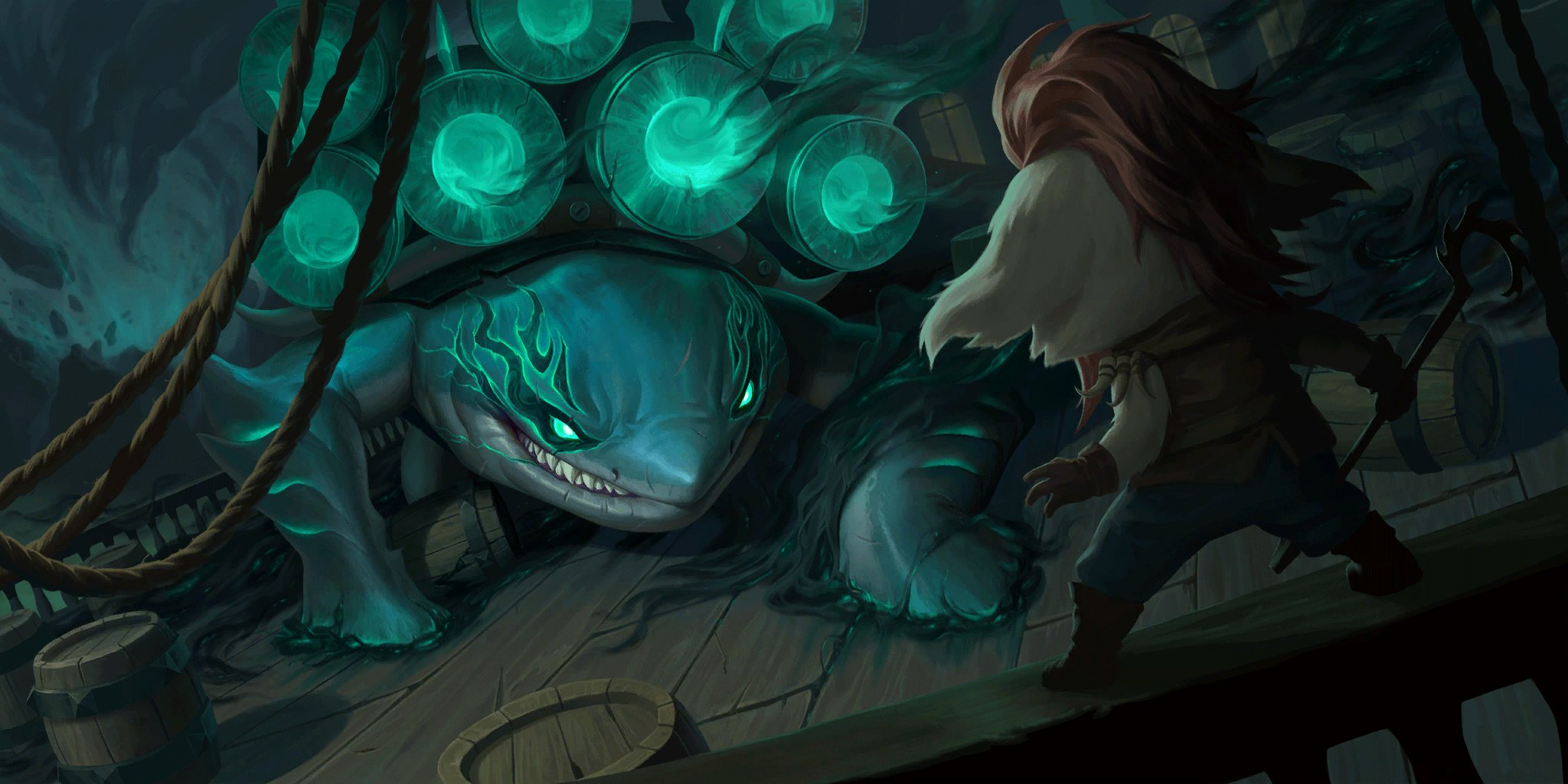 Another set of card reveals is underway just after Legends of Runeterra: Rise of the Underworld‘s release earlier last week. In today’s Twitter teaser, Riot revealed three new cards, which seem to be tied to the upcoming Ruination-themed event. These cards depict varying creatures of Runeterra either corrupted by the ruin or fighting back against it.

Today’s revealed cards are as follows: 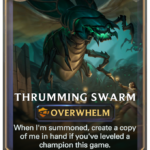 Thrumming Swarm is an Epic seven mana Unit from Shurima with 8/4 combat stats, the Overwhelm keyword, and a summon ability that creates a copy of itself in hand if you manage to level up a champion during the game.

Rimefang Denmother is a Rare six mana Unit from Freljord with 5/5 combat stats and a summon ability that summons a 1/1 Rimefang Pack token with the Overwhelm keyword. The newly conjured token is granted a permanent +1/+1 stat bonus for each enemy you had Frostbitten throughout the game.

Ruined Rex is a Rare five mana unit from Bilgewater with 3/3 Combat stats that has a potent Play ability that fires Cannon Barrage at randomly targeted enemies for each card you’ve drawn this round, at an upper limit of five casts. As a reminder, the skill deals two damage to an enemy unit. If the targeted unit is dead or gone, it will deal one damage to the opposing nexus instead.

Thrumming Swarm is a card that’s unavoidable due to its ability to constantly replicate itself. While an unending wave of 8/4s sounds potent and scary to any slow opponent, the current LoR meta trends towards aggression and midrange. This means the Swarm will get outpaced by any fast adversary. If a grindy and slower meta appears, however, the Thrumming Swarm can be a powerful answer, especially in a limited format.

Rimefang Denmother is a notable pile of stats to play for six mana for decks that revolve around Frostbite. While you need to Frostbite at least two enemies to attain a fair statline worth at least 8/8 stats, you gain a lot more effectiveness beyond it.

If the game goes on long enough, the Pack token can eventually grow to outsize the mother, which can become an Overwhelming threat for the opponent to handle.

Ruined Rex is a retrained version of Riptide Rex which will always Cannon Barrage one time and doesn’t need a Plunder trigger to activate. While a three mana discount is a sizable benefit for an effect like this, the new Rex needs to fit into a deck that draws cards to reach its full potential.

This means Ruined Rex can serve as a potential side-piece payoff for decks that feature Twisted Fate as both require massive amounts of card draws. While a single random Cannon Barrage is the lowest power level you can achieve with this card, removing a singular two health target on the opposing side of the board with a 3/3 body is not the worst desperation move you can make when behind.

Today’s reveal came as a surprise and it is unknown when or where the next set of teasers can lead us in regards to the seasonal event.

Try out these cards and more when LoR’s next event is released July 14.