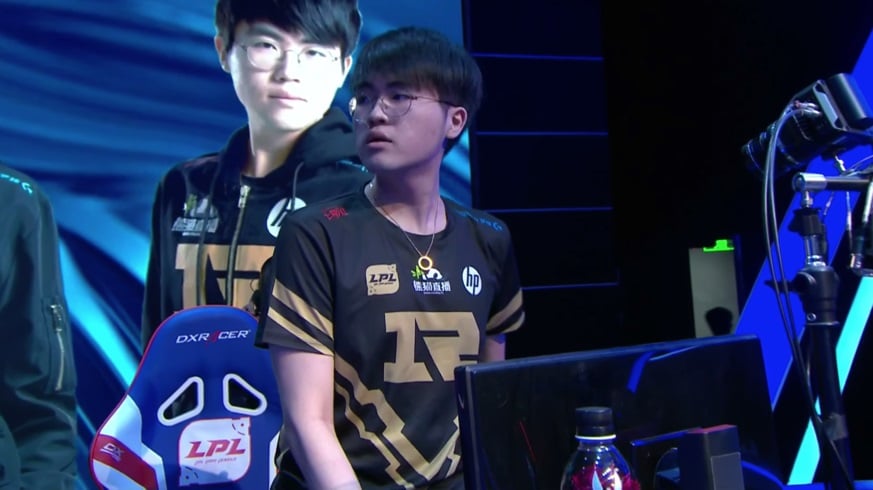 Liu “Zz1tai” Zhi-Hao, top laner for Royal Never Give Up, announced his retirement from professional League of Legends during the team’s anniversary stream on Dec. 27.

The Chinese veteran started his professional career when he was 14. Zz1tai played for teams like Invictus Gaming, Snake Esports, and RNG, but he first made his mark at League’s Season Two World Championship where he lost to Moscow Five in the quarterfinals.

RNG arguably had their best year in 2018 with Zz1tai at the helm. They won the LPL Spring Split in dominating fashion, besting EDward Gaming, before beating KINGZONE DragonX decisively in the grand finals of the Mid-Season Invitational—this was a surprising win from a region previously considered the underdogs to South Korea.

The team then went on to win the LPL Summer Split, narrowly beating iG and securing the region’s all-important No. 1 seed going into Worlds. But RNG unfortunately had their most disappointing performance at Worlds, leaving the tournament with a bitter taste in their mouths after losing to the LEC’s G2 Esports.

On RNG’s sixth anniversary stream broadcasted on Dec. 27, after announcing his retirement, Zz1tai spoke individually to his teammates, offering them each thoughtful advice for the future.

He assured Yan “Letme” Jun-Ze, his fellow top laner, that he can “become a stronger person” if he has more self confidence, and he jokingly urged Uzi to workout when time permits. Zz1tai also insisted that Liu “Mlxg” Shi-Yu maintain his “rash personality,” before closing with, “Zz1tai has disconnected,” and leaving center stage.

Zz1tai is the second top laner to leave the Chinese powerhouse over the past week—Letme announced his plans to take a break due to mental health issues on Dec. 23. It’s rumored that Shek “AmazingJ” Wai Ho, a former player for Bilibili Gaming, is in line to join the team, but this has not yet been made official by RNG.