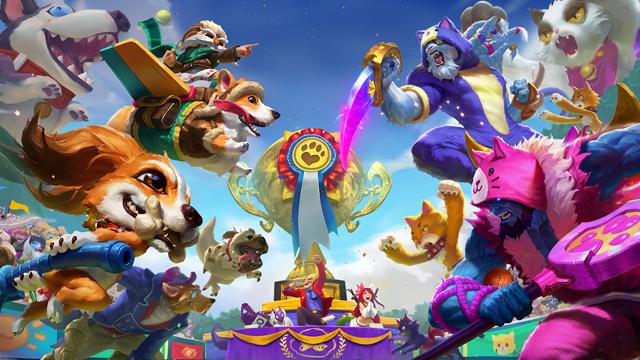 Cats won. Riot won’t admit it. But you know the 2019 April Fools Cats vs. Dogs event that supposedly was a tie?

Yeah, that was a lie. Because the new support champion, Yuumi, was just leaked and it’s the most adorable kitten you’ve ever seen. Just take a look at this:

Yuumi wasn’t supposed to be revealed like this. Similar to what happened with Akali’s rework last year, Riot Games gave the new champion to one of the content creators in the League Partner Program. But the creator, streamer and YouTuber Nasteey, accidentally released the video on his channel. Before it was taken down, some users were able to capture his title image as well as some gameplay images.

From the looks of her abilities, she’ll be a champion in the vein of recent releases like Neeko and Zoe. As a cat, she definitely fits in with Neeko’s Vastaya lore. It looks like she might have a projectile on her Q, a pounce on her W, and some sort of charm on her E, because seriously, how cute is she?
Her R looks like a mushroom cloud of color exploding out of a spellbook, so definitely watch out for that.

From the gameplay images, it seems like she carries, or even floats on, a magical spellbook. She has a glowing ball of light on top of her head and uses what looks like her tail as a sort of magic wand.

As of this morning, Nasteey was busy editing the videos, which include gameplay footage. But he acknowledged the screwup after it was made public. And we know from his Twitter account that he spent some time at Riot headquarters recently, where he presumably could have tested the champion.

As of writing, Riot has not released word on the new champion or when she’ll be available. But now that the cat’s out of the bag, expect word about her soon.