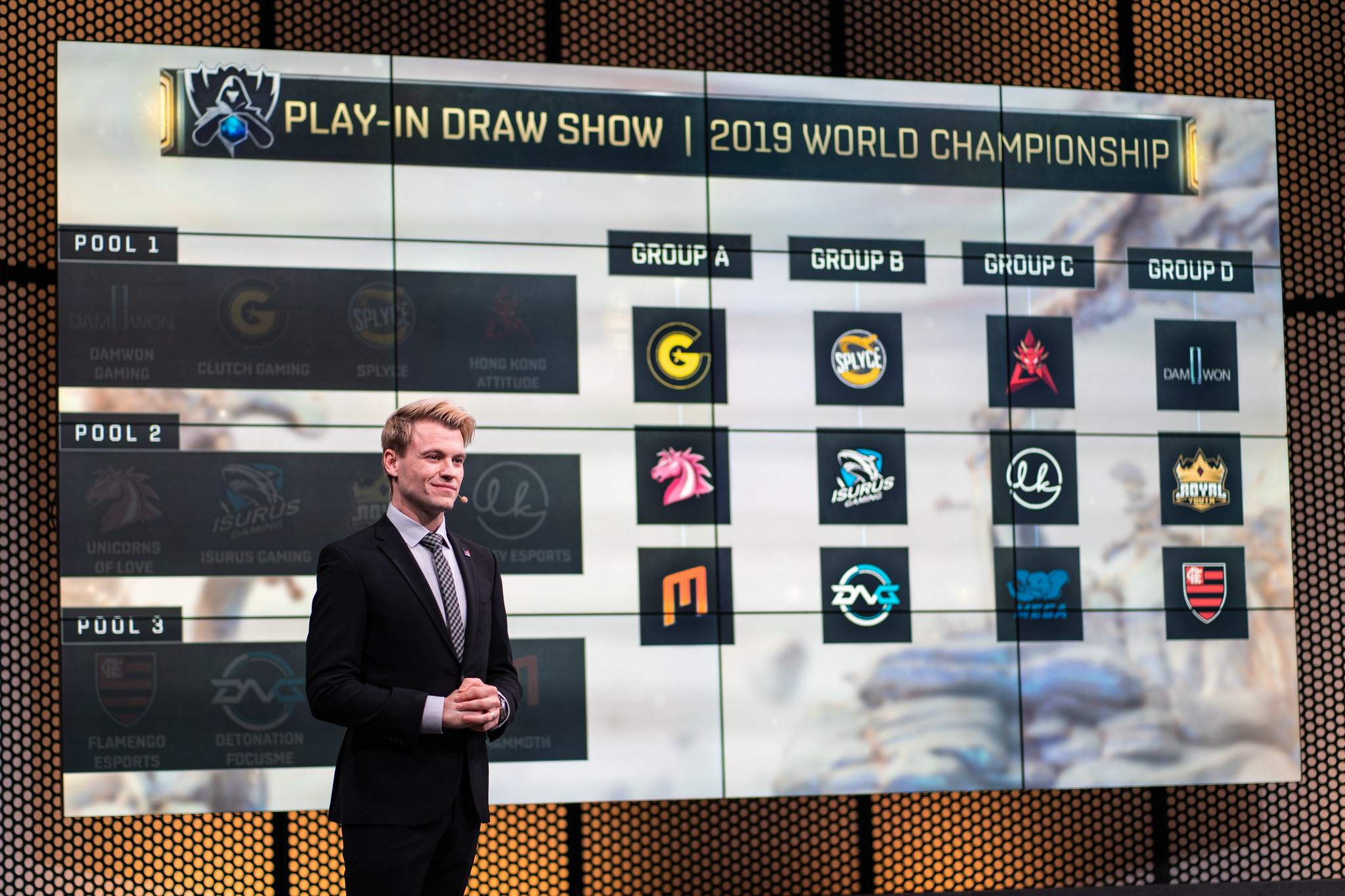 The 2019 League of Legends World Championship officially begins with the start of the play-in stage on Oct. 2.

Since the play-in stage became a part of the tournament in 2017, there have been few surprises. The only major region team not to advance was the LMS’ Hong Kong Attitude in 2017, and that’s with the caveat that since 2012, the LMS hasn’t exactly lived up to its billing as a major region.

In fact, past teams like Cloud9 in 2017 and G2 Esports last year have used the play-in stage as a springboard to a good performance in the main event. They get an earlier read on the meta, get to test things out against teams of inferior talent, and get used to the Worlds stage much faster.

We’re expecting more of the same this year. Clutch from North America, Damwon from South Korea, and Splyce from Europe should be heavy favorites to advance. It’s really that fourth spot that’s up for grabs.

Who we expect to advance

The top-eight teams from the play-in group stage will advance to the best-of-five knockout round for a shot at the main event. We expect the following four teams to win those knockouts and advance:

Here’s a breakdown of where each squad stands right now.

Clutch went on quite the run through the North American regional tournament to get to Worlds. They have the right combination of spunk, talent, veteran Worlds players, and an attitude that doesn’t take no for an answer. They should get out of the play-in stage easily and make someone sweat in the group stage. Even fate has it in for them: if Clutch, Splyce, and Damwon Gaming advance as expected, Clutch top laner Heo “Huni” Seung-hoon will get his wish of seeing his former teams Fnatic and SKT in Group C.

This is the first time that Korea has sent a representative to the play-in stage. Previously, the region had been shielded from this stage, placing three teams into the main event by virtue of its past showings at international tournaments. But this year, the LPL gets that honor, so here we have Damwon. They certainly should fly through as one of the teams that has a great shot of actually winning the whole tournament. Their top half of the map is ridiculously strong and should overcome any nerves or shakiness in their play.

This team from Japan has been here before, and even though they have some international veterans, LJL representatives simply haven’t had many good showings at these types of events. They didn’t get out of the group stage at the MSI play-in stage earlier this year—doing so at Worlds would be a big surprise.

Flamengo carry on a proud heritage of Brazilian teams at major events. They have some of the CBLoL’s best players, highlighted by bot laner Felipe “brTT” Gonçalves, a Worlds veteran and possibly the best player in Brazil. They’re one of a few teams with a realistic shot at the fourth advancing spot behind Clutch, Damwon, and Splyce.

As the LMS representative, HK Attitude are the major region team that’s most unlikely to advance. They weren’t great in the LMS, which doesn’t portend well. The only thing they really have going for them is an easy group, but that may only postpone their elimination to the knockout round.

There’s some hope for Isurus and Latin America heading into this year after Riot Games decided to combine the two regions. But Isurus crashed out of MSI with a 2-4 showing in the group stage. With the same roster at Worlds, we’re not expecting much better.

Vietnamese League teams are known for crazy drafts and strategies, and we might see that from Lowkey. The region has only really had one good representative, GIGABYTE Marines, but if we can get a similar level of spice from Lowkey, that would make the play-in stage a lot more fun. They may not advance, but they could look good regardless of result. And who knows—they drew HK Attitude and MEGA in the group stage. Advancing to the knockout round isn’t too tall of an order for them.

Australia historically hasn’t been great at the international level, but that doesn’t mean MAMMOTH should give up. The last OPL team to go to an international event, Bombers at MSI this year, won a couple games that many wouldn’t have expected. Getting a game off Unicorns of Love would be a decent achievement this time around.

Outside of Vietnam, which is its own region now, Southeast Asia is another region that hasn’t done much at international events. They have some young players who are interesting, including an all-Korean bot lane, but we have a hard time seeing them advancing to the main event.

This team could make it. Turkey generally sends solid squads, at least to the point where the best TCL team is better than second or third in the LMS. That might again be the case for a Royal side that upset a veteran SuperMassive squad in the Turkish playoff finals. This team could make the main event, but they have to first place top two in a group with DAMWON and Flamengo.

How far Splyce goes in this tournament depends on which version of the team shows up. Will we get the Splyce that played in-control League for most of the LEC season or the team that was dismantled through mid-game pressure in the playoffs? We won’t know until we see them play at Worlds. The good news is that, on home soil, they should at least advance past the play-in stage.

The Unicorns of Love are back. Since taking their talents to Russia, Unicorns have laid a hurting on the other CIS teams. Now, they’re back in Western Europe where they’ll likely still have a lot of pink-clad fans in the Berlin stands. It might not be enough for them to grab a pass to the main event, but they’re one of the teams that has a shot at making it.

We’ll see how right these outlooks are when the tournament kicks off for real on Oct. 2 at 6am CT.