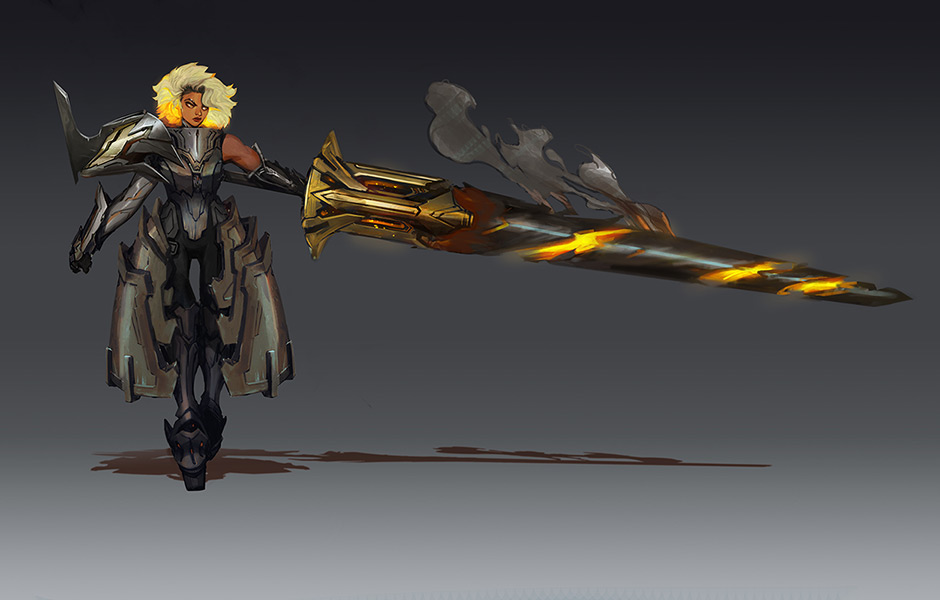 Rell is a Noxian support who wields a massive blunted spear and heavy armor that she can turn into a steed. Posters warn of her danger since she threatens the “safety and security of the entire nation,” according to Riot. And she’s only 16.

But with a little over a month left in 2020, fans are likely wondering when the new champ will hit the Rift.

When does Rell go live?

The Iron Maiden will join the live servers in Patch 10.25, which should release on Dec. 9, according to the League patch schedule. This update should be the last one of the year while Riot prepares for the launch of season 11.

What can we expect from her ability kit?

A better question is what can’t you expect from her ability kit?

Rell has an AoE stun and an AoE knock-up, breaks enemy shields, heals herself and teammates, and grants armor and magic resistance to allies (as well as steals them from enemies). While her one downside is that she attacks and moves slowly, her speed increases when she transforms her armor into a mount.

While her kit may require some skill to use efficiently, top-tier supports will likely have a field day with Rell starting next month.