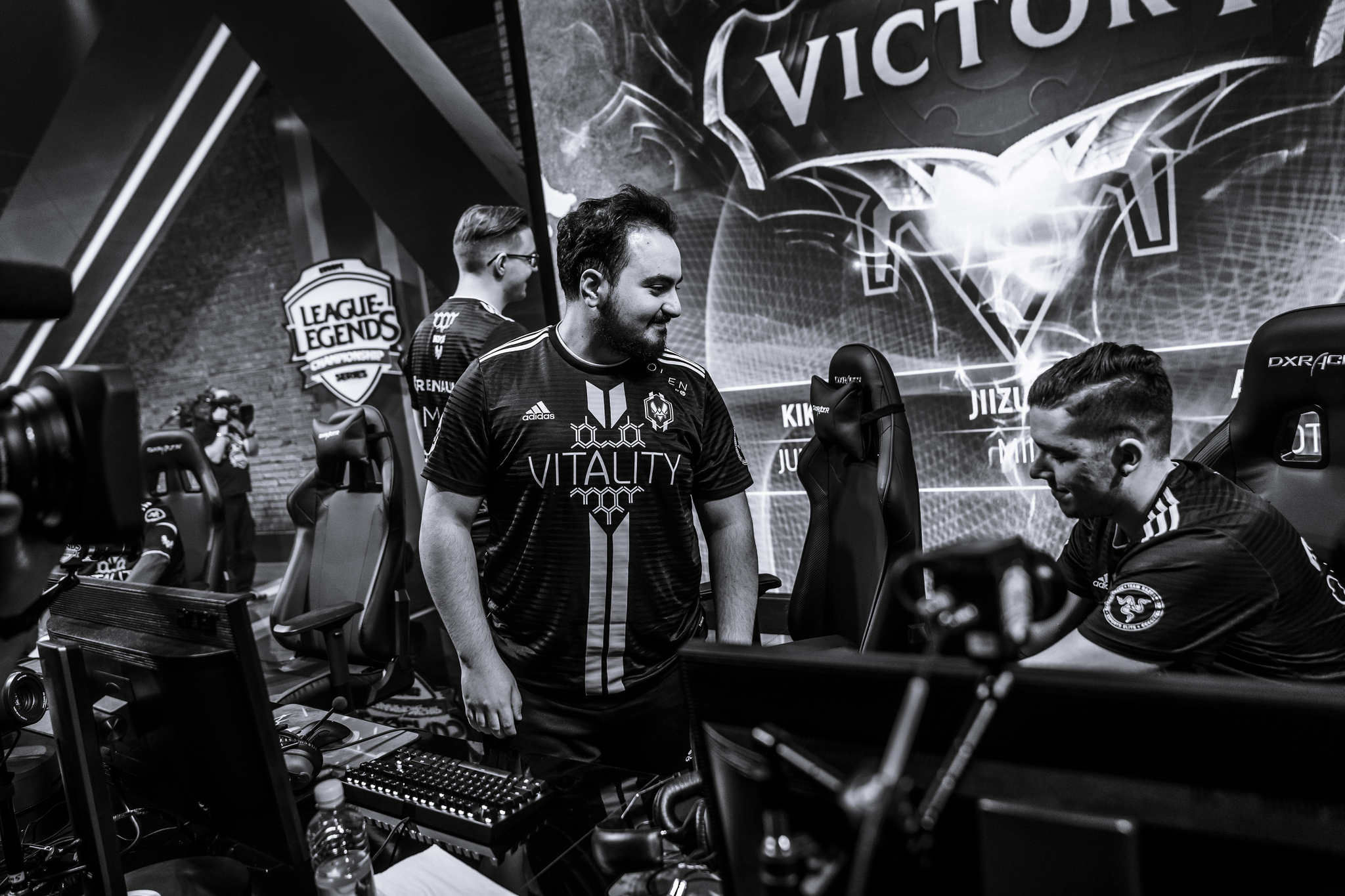 The second-to-last series of the 2018 EU LCS Summer Split helped one team move closer to their dream of qualifying for Worlds. Vitality crushed Misfits 3-1 to clinch third place this split.

The first game was a bloodbath, though. Misfits started to get ahead in the early game and built a crushing gold lead as the match progressed. Led by ADC Steven “Hans Sama” Liv’s 9/1/6 performance on Xayah, Misfits took a commanding 30-minute victory.

Vitality responded immediately with one of the fastest wins of the year. Misfits shocked a lot of fans in game two by locking in Evelynn, but things didn’t exactly go according to plan. In just over 22 minutes, Vitality crushed Misfits for the quickest victory of the 2018 EU LCS season.

The fourth game was probably the closest match of this series—that is, until Vitality won a big teamfight around the 25-minute mark. This resulted in Vitality securing the Baron buff and building about a 6,000 good lead.

Jiizuke was a monster on Ryze, as seen in the closing seconds of this game when he absolutely annihilated Misfits’ Lulu. The “Italian Stallion” went 7/1/3 to lead Vitality to the 34-minute win in game four, and the overall series victory over Misfits.

After today’s victory, Vitality will be paying extremely close attention to Sunday’s EU LCS finals. If Fnatic win the Summer Split tomorrow, Vitality will be headed to Worlds as Europe’s second seed thanks to championship points.

This would be a huge accomplishment for Vitality in their first EU LCS season—but as we’ve seen before, it’s almost the norm for a brand-new squad to represent Europe at Worlds each year.