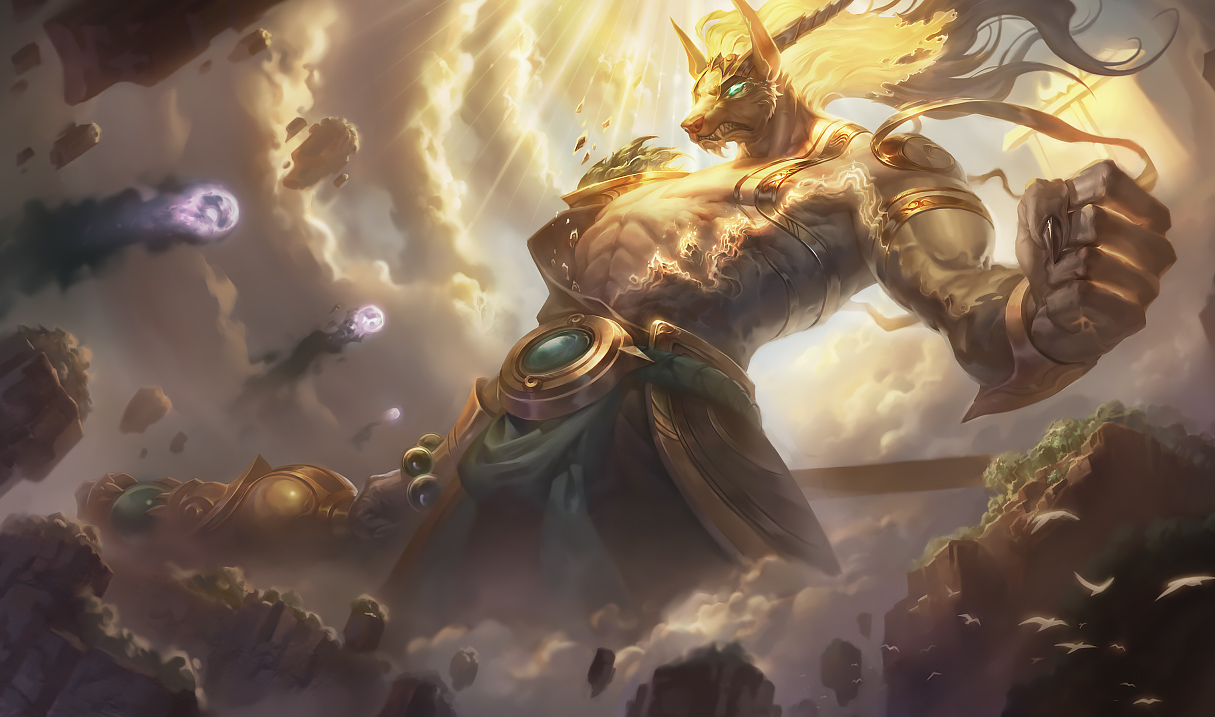 This year’s Lunar Revel event in League of Legends is almost upon us, and last week, the Year of the Dog skins were revealed for Nasus, Warwick, and Lux. Today, the splash artwork for each of the three skins were loaded onto the PBE, and they look just as incredible as the skins themselves. Artwork for Sweetheart Xayah, Sweetheart Rakan, and Arctic Ops Gragas were released as well.

The eastern-style animations and effects for each year’s Lunar Revel skins have turned the series into one of the most popular the game has to offer. This year, Lunar Guardian Nasus, Lunar Guardian Warwick, and Lunar Empress Lux are no exception, and after seeing the splash artwork today on the PBE, players are even more excited.

Each skin, including the ones for Xayah, Rakan, and Gragas that aren’t part of the Lunar Revel set, will cost 1,350 RP, and they all feature new animations for abilities and recalls, as well as custom effects.