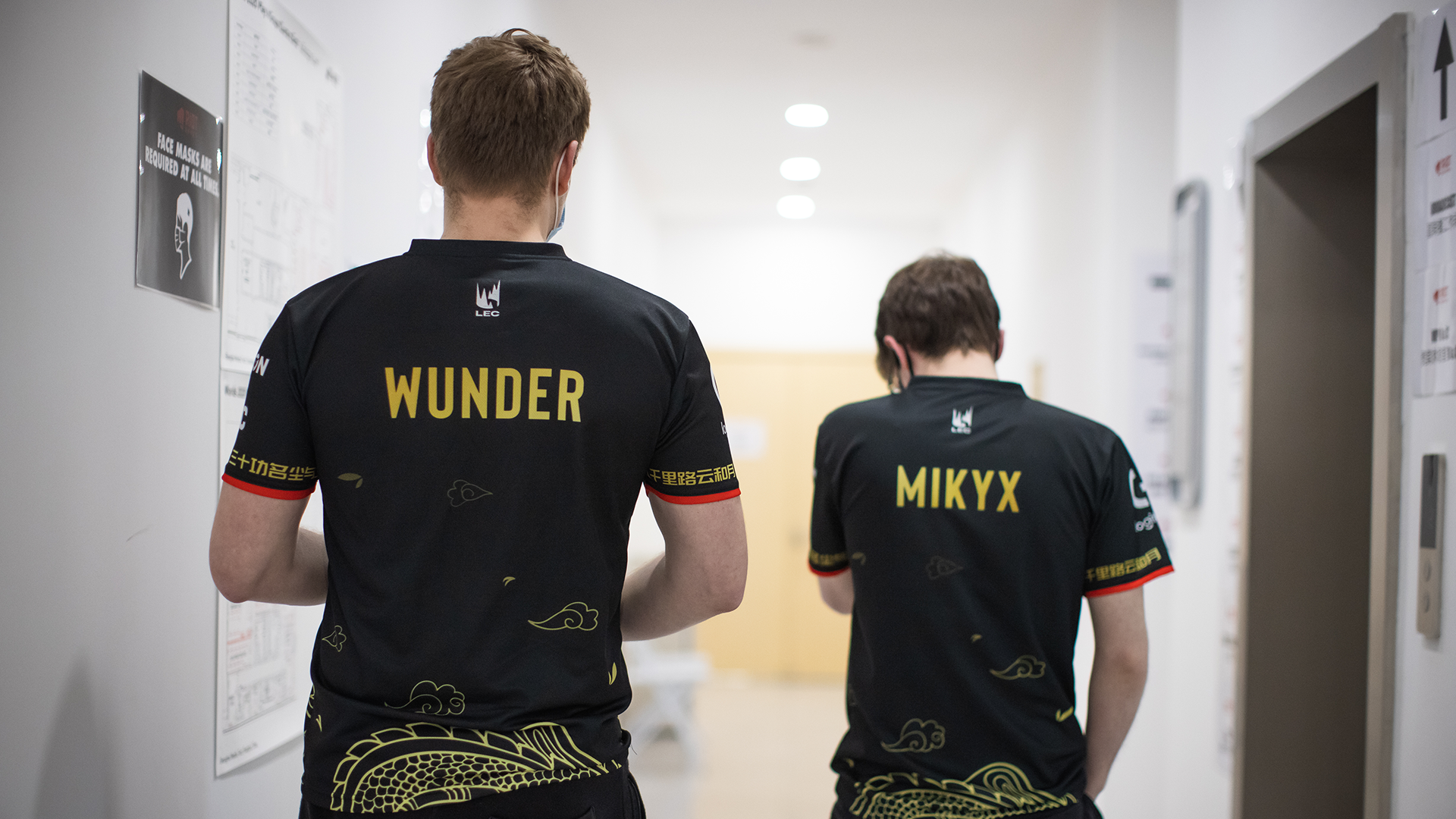 G2 Esports is in talks with other pro League of Legends teams to potentially offload the contracts of top laner Wunder, support Mikyx, and head coach Grabbz, sources familiar with those conversations told Dot Esports.

None of the three members are officially out of G2 yet, but it’s expected that the German organization will go through a major restructuring ahead of the 2022 season after failing to qualify for the 2021 World Championship.

Wunder, Mikyx, and Grabbz have caught the attention of several LEC teams looking to compete at the highest level in 2022. Both Team Vitality and Team BDS—who will replace Schalke 04 Esports next year—have expressed interest, according to sources.

Among the LEC teams, G2 is one of the fastest to make moves this offseason. In late August, the organization negotiated an additional year extension to mid laner Caps’ contract, pushing its end date from November 2022 to November 2023, as reported by Dot Esports. It’s also in negotiations with jungler Jankos for a similar extension, with sources telling Dot Esports that those talks are in the final stages but not yet finalized.

The future of AD carry Rekkles is still up in the air, although G2’s expressed interest in a few other ADCs in the region.

G2’s 2021 performance failed to meet expectations. After signing Rekkles in November 2020 as the replacement for the outgoing Perkz, the team entered the following season as a favorite for yet another LEC title. But despite making the playoffs, G2 didn’t place high enough to earn a Worlds 2021 bid. The org has now returned to the drawing board and depending on how the offseason shakes out, it could part ways with three of its longest members who helped G2 win four LEC titles, become a finalist at the 2019 World Championship and win an MSI title in 2019.