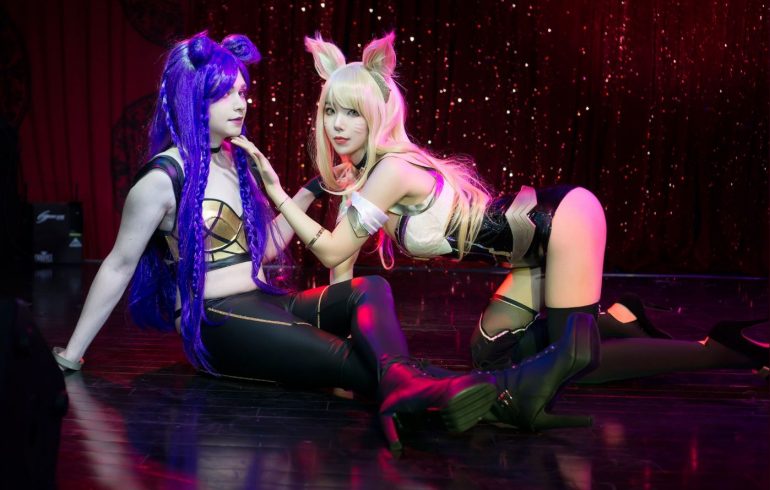 Zachary “Sneaky” Scuderi is known for leading Cloud9 to great heights as one of North America’s best League of Legends bot laners. But he and his girlfriend, Esther Lynn, are making waves with their cosplays, which have increased in frequency and complexity.

The latest photo set takes things to another level. It is simply a stunner. Sneaky, Esther, and cosplayer “Hana Bunny” take on League’s latest phenomenon, the K/DA skins, in a three-person photoset.

Released in early November 2018 as part of the promotion for Worlds, K/DA was a music video and skin line that launched a worldwide phenomenon. The video has over 160 million views on YouTube as of writing and the song reached no. 1 on Billboard’s World Digital Song Sales chart.

Now, K/DA fans can see the skins literally come to life. It’s been just a few weeks since Sneaky’s last cosplay, swimsuit Ahri, but we’re guessing that League fans will love these new photos. The three cosplayers were aided by photographer Matt Christopher, who helped with the digital Ahri tail, and “Tokkitan,” who aided with the costumes. The photos were taken by Daniel Huang.

The entire photo set is available on Lynn’s Patreon account.