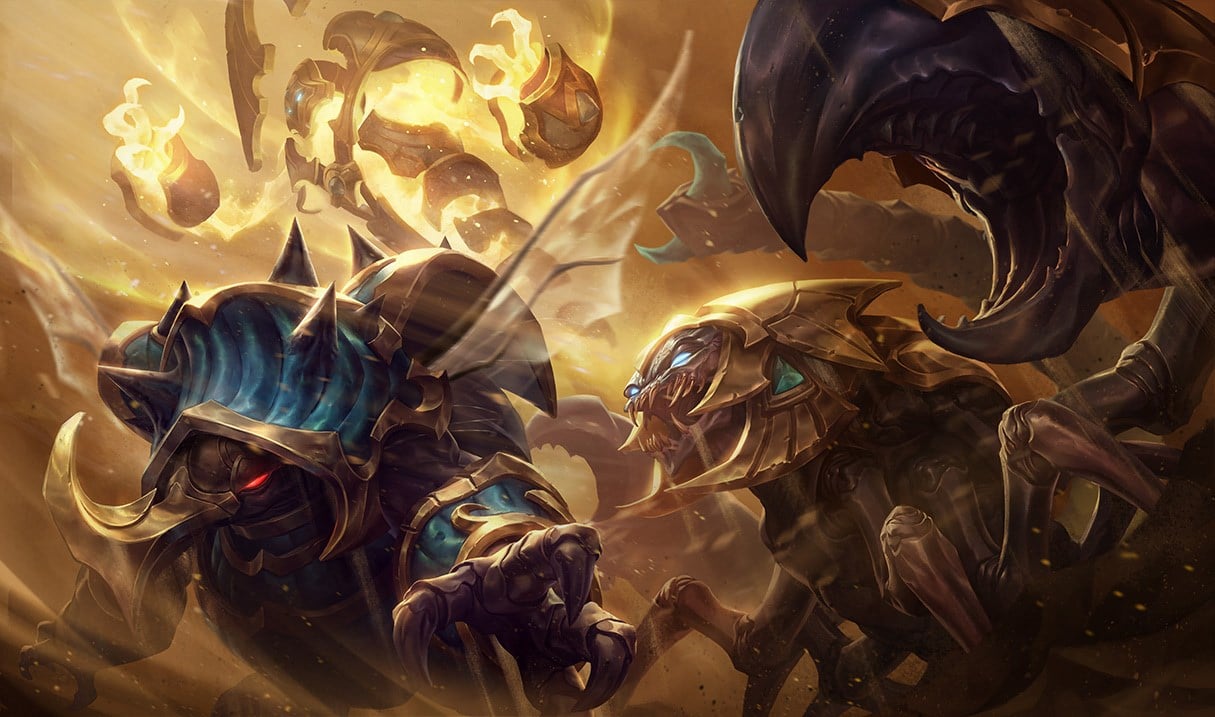 Skarner’s species isn’t the only thing that’s endangered—his cosmetics haven’t seen the best of days either.

The Crystal Vanguard hasn’t received a new League of Legends skin since 2015’s Guardian of the Sands, making him the sole member of the highly exclusive 2,000 days skinless club. The next potentially incoming member is Shyvana, who’s still more than a year shy at a comparatively modest 1,605 days since her last skin.

In comparison, Kai’Sa, who was released in 2018, already boasts seven skins to her name. Skarner has accumulated just four since his 2011 release, marking an average of almost three years between each skin.

Granted, Skarner’s audition for K/DA was more like a sting than a treat to the eyes. To rub more salt into his wound, new star Seraphine’s Runeterra lore makes use of one of his fellow Bracken’s crystals as a floating sound amplifier.

There’s some reprieve for Skarner mains, however. The drought is going to continue for a bit longer, but Riot previewed a new skin for the scorpion jungler last month that looks pretty sweet.