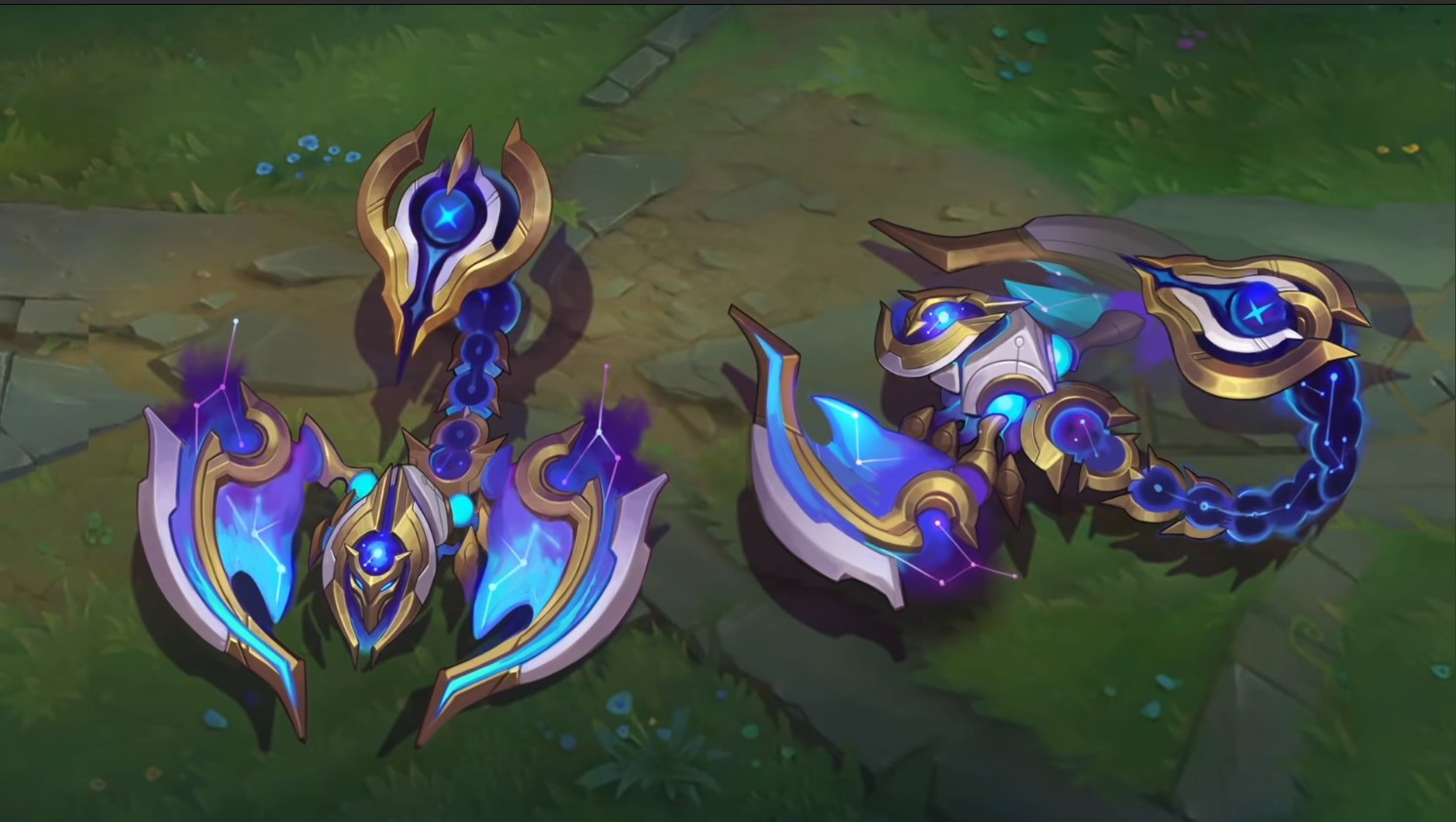 Some of the underserved champs in League of Legends are finally getting the love they deserve. Ornn, Skarner, and Nautilus are all set to receive some shiny new skins in the near future.

Riot posted an update on all of the upcoming content in League earlier today, including the concept designs for both Ornn and Skarner’s new skins. The Ornn skin was teased before in January, but fans will finally get a hold of the new Elderwood-esque skin soon.

Everybody’s favorite scorpion in the jungle is set to receive his new skin soon. Skarner’s skin looks similar to the Dark Star skin line and the Championship skin line with a blue, purple, and gold color scheme.

But fans of the titan below the surface, Nautilus, will have to wait a little longer to see the new skin Riot has planned for him.

When Skarner’s cosmetic is added to the game, it’ll mark the first time that the champ has gotten a new skin since 2015, making it a welcome arrival for Skarner mains. Alongside Skarner, Ornn is one of the champs that hasn’t received a skin for a long time—since the champ’s release in 2017.

Although Nautilus received the special Conqueror skin earlier this year, he’s still set to get a new look in the near future. This skin was implemented to celebrate the 2020 Spring Split champions from around the world.

Although the release date of these skins is unknown, they’ll likely arrive on the Rift in a few weeks—potentially after Worlds, which is set to begin later this month.