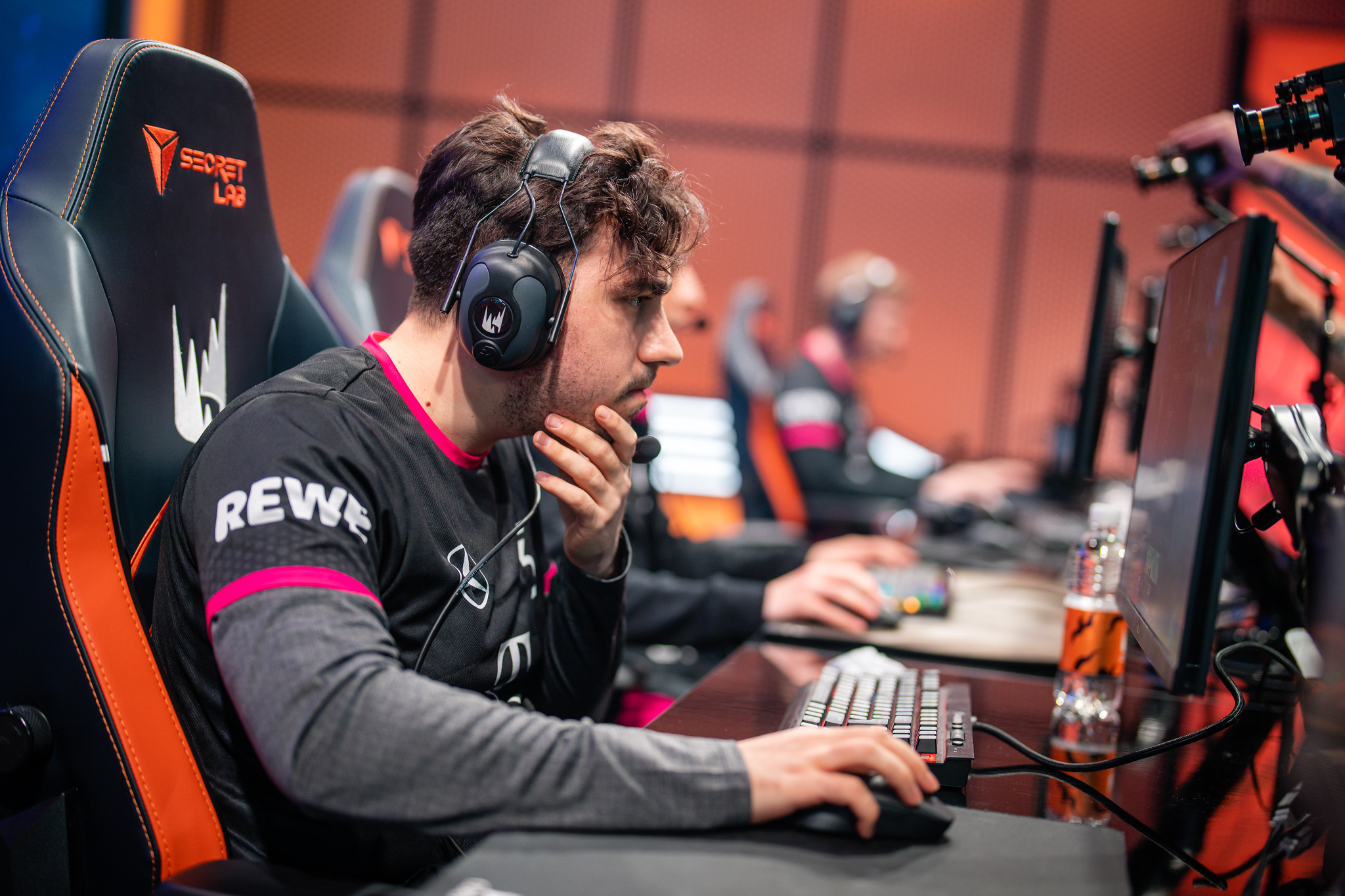 Day one of the fourth week in the 2022 LEC Summer Split has been full of upsets as top teams fall in surprising losses to teams at the bottom of the standings. None of these games looked as one-sided as SK Gaming’s, however, as the previously 1-6 team shut down the reigning LEC champions.

SK successfully took down G2 Esports to secure their second win of the Summer Split, but G2 did not go down without a fight. Even with a massive gold lead, four drakes, Barons, and an Elder buff, G2 threw everything they had at their opponents, ultimately falling as their deficit widened.

The dominance of SK began as early as the laning phase where, just like the game before theirs, all eyes were on a mid-lane Akali. Almost immediately after Sertuss had reached level six, he dashed in and out on the unsuspecting Caps, securing himself a solo kill that Jankos was unable to contest in time.

Kills quickly began to ramp up in SK’s favor as Sertuss dashed in and out of team fights, taking down the squishier members of G2 with just the press of a few buttons. Acknowledging Sertuss as a win condition for the team, SK prioritized roaming and synergized fighting to prevent G2 from acquiring a lead in any of their other lanes.

Just as the kill count increased for SK, so did their hold on objectives and, in turn, their gold lead. G2 were denied every drake of the game, struggling immensely to contest the soul-point drake that earned SK the Cloud Soul. With newfound speed in hand, the members of SK pranced freely around the Rift—while Jezu’s Draven cashed in a hefty amount of gold with more kills for himself.

Between Sertuss and Jezu, G2 had no way of dealing with the immense damage their opponents could deal in such little time. Though Caps attempted to steal the Elder Drake with a four-man Azir ultimate, it was not enough to prevent SK from taking the buff, running through the mid lane, and taking their second win of the split.

SK appear to have taken a hard look at their current status in the LEC during the off-week that they had last weekend. The early-game pressure that the team has shown over the last year continued to shine, yet it was their late-game team synergy, complete with constant vision on their enemies, that made this team look completely different and able to topple G2.

This win elevates SK to ninth place in the LEC standings, with four more weeks to prove themselves should they wish to make it to the playoffs. They will compete tomorrow against Excel, who are currently in second place, to start the final day of the first half of the Summer Split.

G2 are now tied for sixth place alongside Astralis and Misfits, hoping to turn their luck around after what is now a three-game loss streak for the reigning LEC champions.