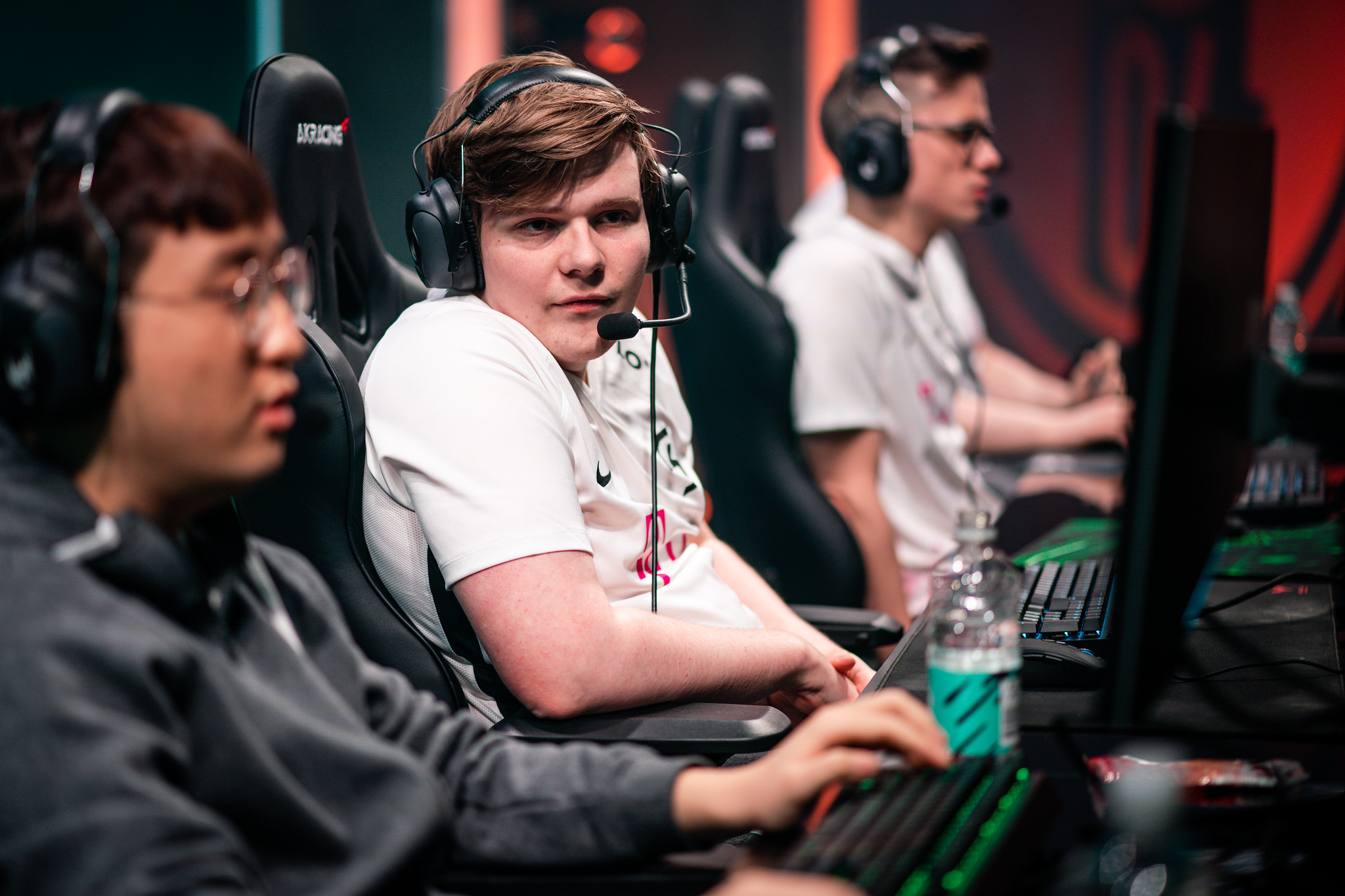 SK Gaming picked up their second win of the 2020 League of Legends Summer Split in a one-sided 30-minute game against Schalke 04 today.

ADC Crownshot played phenomenally on Aphelios, securing early kills during the laning phase to become the carry his team needed in the later stages of the game.

The game began with an early gank in the top lane by SK’s jungler Trick on Trundle. This allowed Jenax on Aatrox to withstand the power from S04’s Wukong. A couple of minutes afterwards, Jenax teleported to the bottom lane and secure two more kills for his team, extending their lead.

The early lead from the kills allowed SK to secure dragons early on, which are crucial in today’s meta due to how powerful Dragon Souls are, and the Rift Herald to get extra gold from tower plates. After SK picked up the third dragon, they focused all efforts on the fourth to obtain the Dragon Soul, which would make them unstoppable.

S04 tried to prevent SK from taking the Dragon Soul but were outplayed in a one-sided teamfight. SK picked up the Dragon Soul, an ace, and took Baron afterwards, getting much closer to a second win.

With Baron under their belt and the immense gold advantage, SK ended the game without any issues.

SK rebuilt their roster in the offseason, lane swapping their mid to top, picking up a new mid laner and re-acquiring their former head coach, Jesiz. This iteration of the roster looks much better so far, beating up a top-four team in their debut game of the Summer Split and the rising S04, who were expected to contest a playoff spot.

Crownshot seems to shine and show everyone that he is one of the best ADCs in Europe after being shadowed last season due to how poorly the team played together. Even though the roster changes might seem insignificant, the head coach position most likely influences their current gameplay as well.

SK will be tested tomorrow against MAD Lions, the rookies who shook up Europe after knocking out G2 Esports to the lower bracket in Spring Split’s playoffs. If SK can beat MAD Lions, they make a good name for themselves and should easily beat Misfits Gaming and Excel Esports next week.