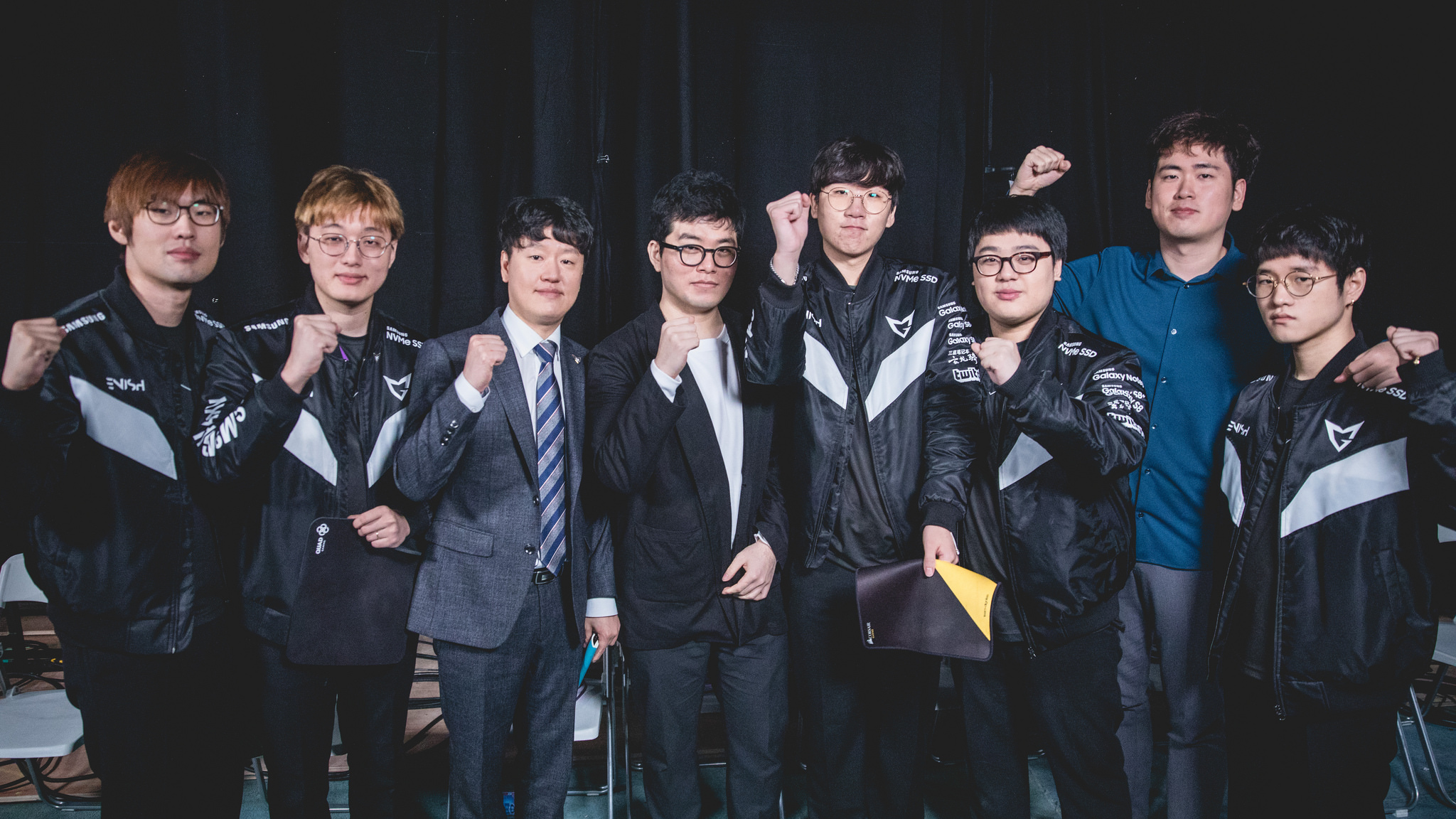 Samsung Galaxy has given each of its players a special decorative ring to commemorate their triumph at the 2017 World Championship.

The rings have the Samsung Galaxy logo emblazoned on the front. It is a constant reminder of their 3-0 victory against SK Telecom T1 in the finals in Beijing on Nov. 4, 2017.

The team’s road to the finals wasn’t easy. They entered the tournament as the LCK’s third seed, but then finished top of their group at Worlds. In the knockout rounds, Samsung beat the LCK’s number one seed, Longzhu Gaming and then Team WE of the LPL 3-1 to reach the finals, where they thumped SKT.

Not long after winning the title, Samsung Galaxy sold its roster and spot in the LCK to KSV eSports. The announcement signaled the end of Samsung’s four year long participation in LCK.

Last year’s winning team SK Telecom T1 also received a World Championship ring, custom-made with the SKT1 logo and their Summoner Names engraved into the side, on top of a small Summoner’s Cup.