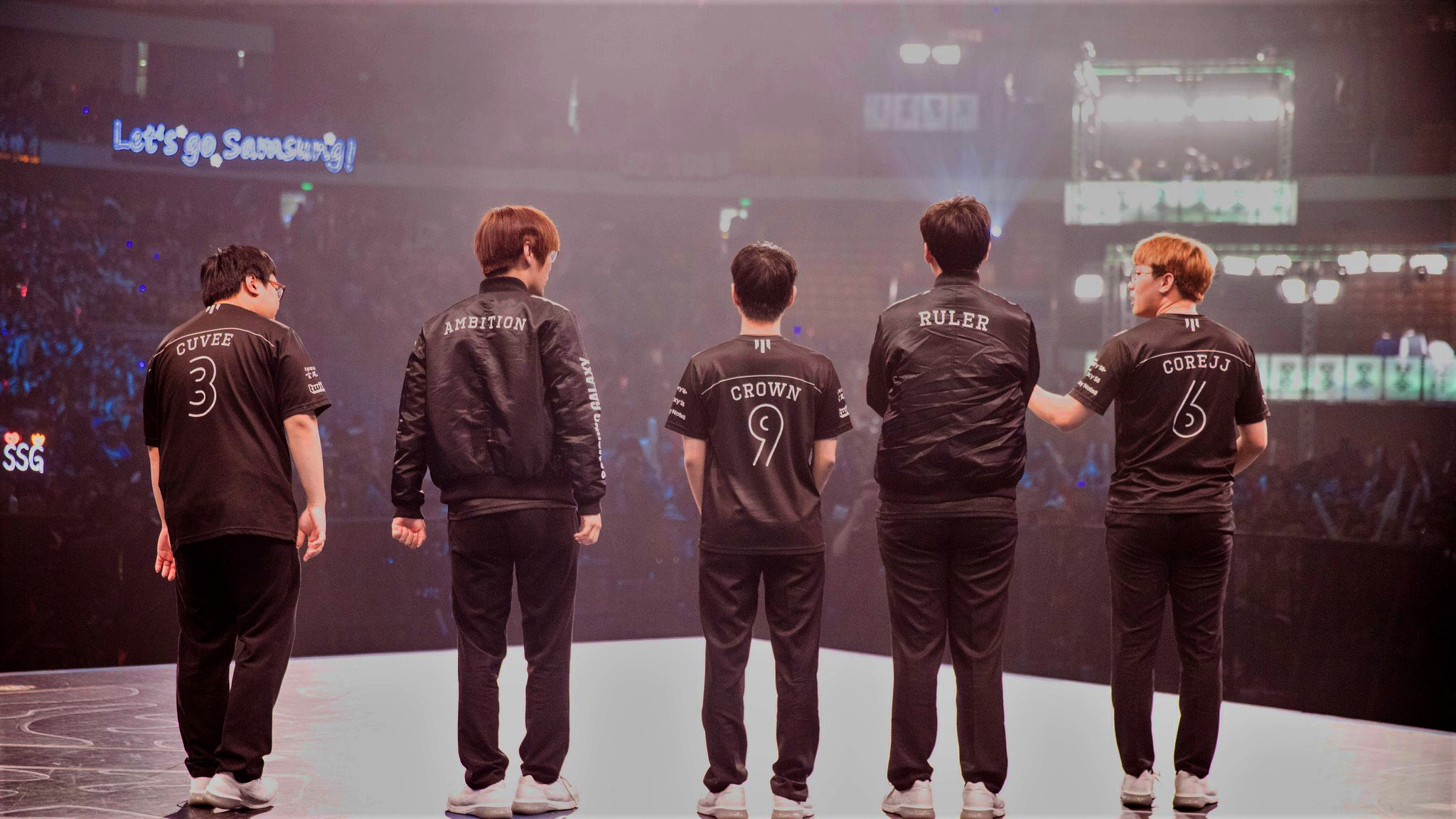 When the first quarterfinal best-of-five between Longzhu and Samsung began today, the overwhelming prediction was for Longzhu to wipe Samsung in either a 3-0 sweep or by only giving away one loss. The analyst desk on Riot’s broadcast featured two predictions of Longzhu winning 3-1 and another calling for 3-0. Longzhu was also favored in 87 percent of all Worlds pick brackets, according to the official Riot broadcast.

Instead Samsung is the team moving forward, and Longzhu’s Worlds dreams are dead. Lee “Crown” Min-ho, who was featured in Riot’s Chase Your Legend series before Worlds, is on his way to redeem himself in the Worlds finals.

Samsung got off to a great start in the draft stage of game one. Longzhu’s Kim “Khan” Dong-ha, who is regarded as the best top laner in the world, went for a Jax pick to go all-in on split-pushing and map pressure. Samsung hard countered the pick with another rather risky pick–AP Kennen. Combining the Kennen with Sejuani and Rakan gave SSG a stellar wombo combo, dooming Longzhu in every team fight before they even started.

In games two and three, Longzhu was outdrafted again and again by strong picks like Shen, Taliyah, and more Sejuani. That wasn’t really what sealed the deal, though, because Longzhu is well known for taking a sub-par comp and outmaneuvering their opponents with it to find leads anyway. No, it wasn’t just the draft. Today, SSG executed their strategy flawlessly, and that execution is why they won so comfortably.

During the group stage, Ambition floundered during the early stage of every single game, having almost no kill participation at all before the 15 minute mark in every game SSG played. Longzhu, however, crushes their opponents during the early game, and that’s primarily why they were the favorites. Today Ambition stepped up and then some. He made huge plays as early as seven minutes into each game, and out-ganked Longzhu’s Lee “Cuzz” Woo-jin at every turn, even with Sejuani, a historically weak early game champion.

CoreJJ also improved dramatically in SSG’s quarterfinals bout, playing big playmakers like Taric and Rakan and completely running the show. His perfect initiations where the only reason SSG’s wombo combo team comps worked so well, and without him, things might not have gone so smoothly.

The importance of this upset cannot be understated. Longzhu was favored to win all of Worlds, while Samsung struggled during the group stage.

The next quarterfinals series features a matchup between SK Telecom T1 and Misfits Gaming tomorrow at 4am ET/4pm CST.