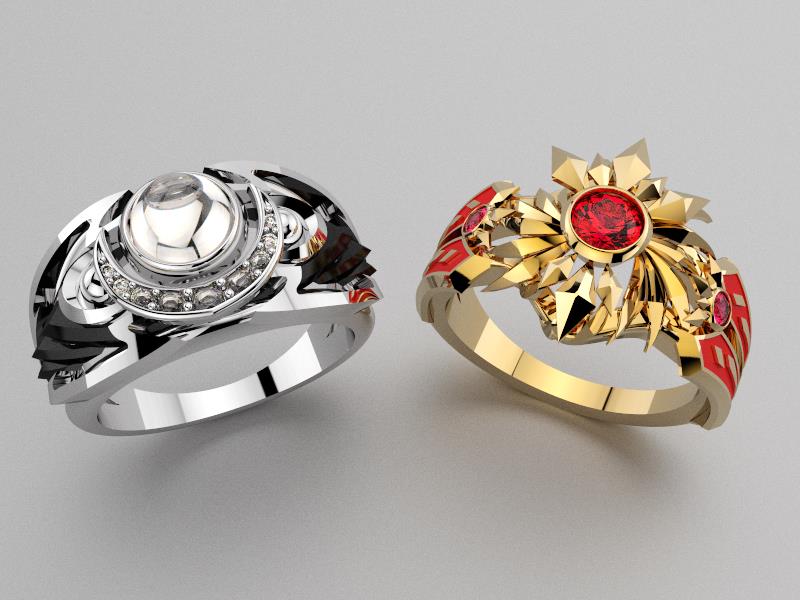 Image via That Jewelry Designer

If you ever fancied some League of Legends–inspired jewelry, these these Diana and Leona rings—if you’ve got $3,526 burning a whole in your pocket.

Though these are renderings of That Jewelry Designer’s designs, he’s taken the time to map out each and every material used. Leona’s ring is designed to be made of 14 karat yellow gold with red enamel detailing. Two Parapadascha sapphires mirror each other on the sides, with another sitting on a mounting inspired by Leona’s armor. This ring alone would cost $1851.

Diana’s ring would be made out of 14 karat white gold and studded with diamonds. Black enamel details fill out the sides. Right on top is a moonstone, of course. That Jewelry Designer drew inspiration from Diana’s crescent moon imagery, spreading it throughout the detailed design. Made right, this ring would cost $1575, he said.

These aren’t That Jewelry Designer’s first League designs, either. He’s actually got a whole collection of them, including designs based off Taric, Jhin, Urgot, Nami, Singed, Camille, Jinx, and Rek’Sai. Should Riot Games ever take influence from the NFL’s championship rings, That Jewelry Designer has them covered, too. The designer even created a special ring for League World Champions SK Telecom T1.

You can see all of his creations on That Jewelry Designer’s Facebook page—and a big enough gold lead, maybe even get one made for real.