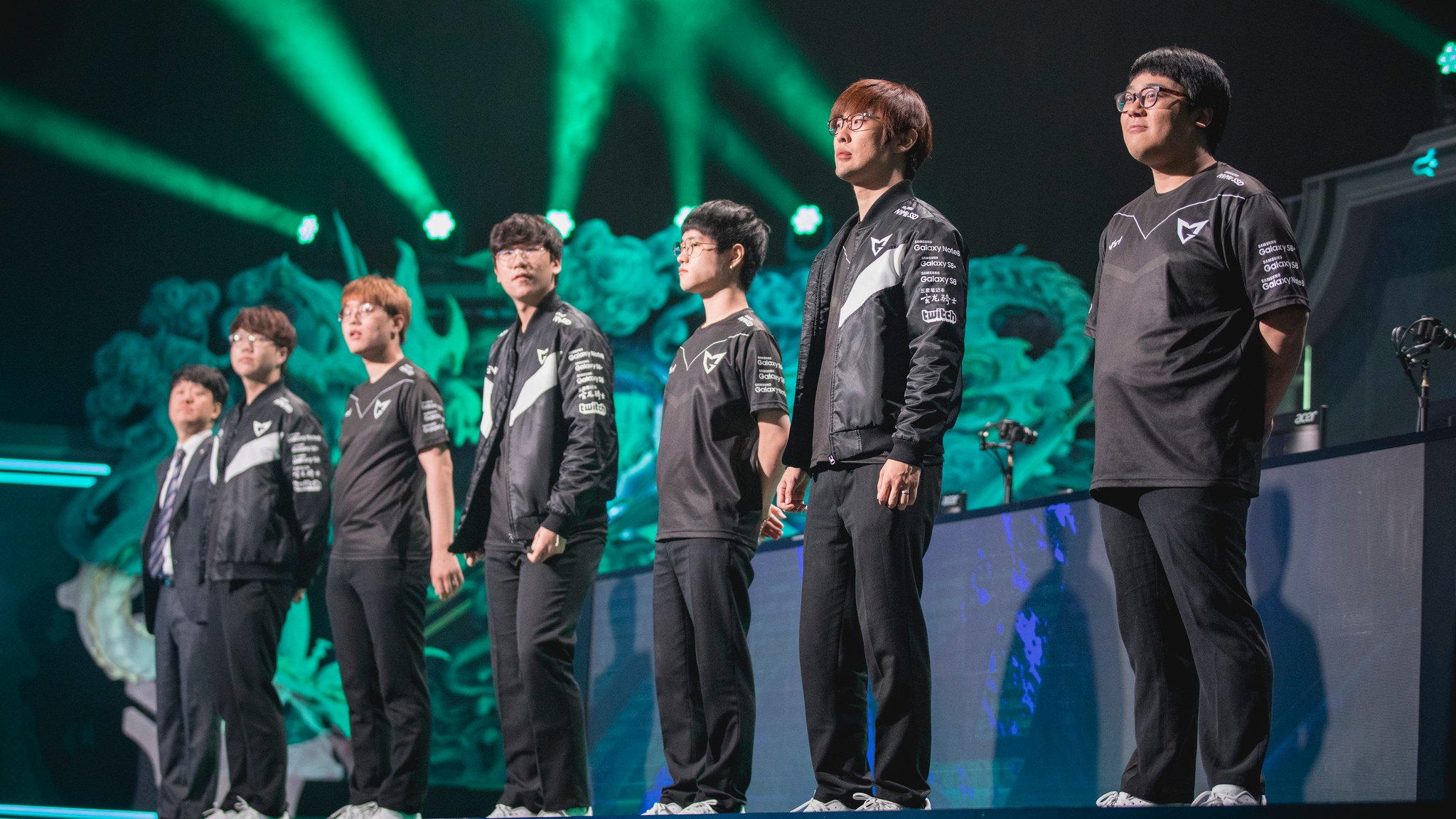 Samsung Galaxy overcame a resilient Team WE in the semifinals earlier today to secure their spot in next week’s Worlds finals in Beijing.

SSG, looking for a potential grudge match against SKT for the Summoner’s Cup, swept the tournament favorites, Longzhu Gaming, in the quarterfinals and were slowly shaping up to be contenders against an SKT squad that had begun to show some cracks.

They just needed to overcome Team WE first.

And Team WE took a well-deserved lead by destroying Samsung in the first game of the series. Throughout the entire game, SSG only picked up a single kill on the opposing team.

It was a massacre from the LPL side, as they took advantage of SSG’s surprisingly aggressive nature. A lot of one-vs-one fights from the Korean team were questionable at best, gifting Team WE a lead they shouldn’t have had in the early game—and they carried this lead into the later stages of the game.

SSG shrugged off the first game loss, however, and came back fighting to tie up the series.

Team WE just couldn’t deal any damage in the late game. Even when WE finally found SSG players roaming alone so they could use their J4 and Galio combo, the suppression of SSG was too strong as they locked down the damage dealers of Team WE to win teamfights that would usually be impossible to win.

Anyone hoping for Team WE to fight their way back and deny a Worlds 2016 finals rematch would be disappointed, however, as SSG won their next two matches to complete the 3-1 series victory.

The third game was all SSG. After a slow start to the game, the first kill was recorded at around 20 minutes for SSG, who then dominated the rest of the match with impressive macro control.

The fourth match saw a strong early game from Team WE, but they were never in a position to win against SSG’s Galio. The later the fourth game went, the worse it became for Team WE, who fell to pieces.

Now qualified for their second consecutive final and the first finals rematch in Worlds history, SSG are the last team standing in SKT’s way of securing their fourth World Championship title. These two teams will face off in Beijing on Nov. 4.