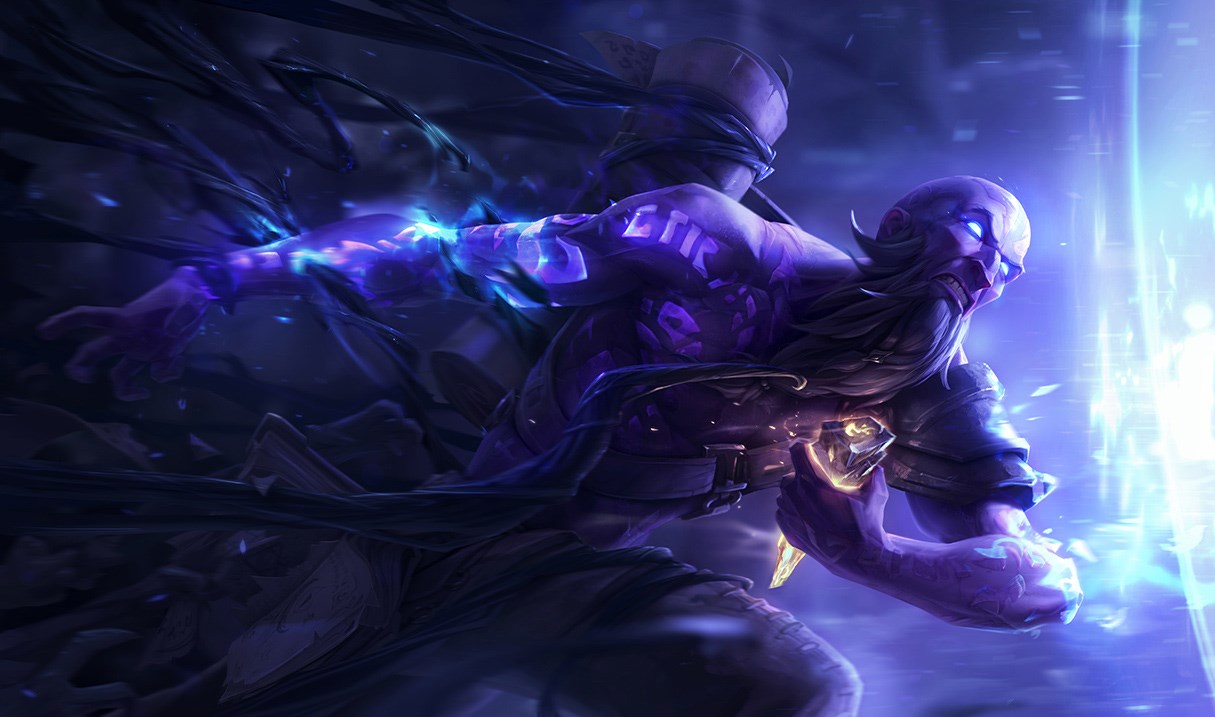 League’s most reworked champion is once more going into surgery as a whole host of Ryze changes are currently up on the Public Beta Environment (PBE). After being added as one of League’s first champions, the Rune Mage has undergone drastic changes to his kit on an almost yearly basis, but the current changes on the PBE may start to change his identity even further.

Ryze’s Q, Overload, on the live servers is unique in that it has 6 upgrade ranks as opposed to 5 for every other basic ability in the game, the tradeoff coming from a rank being removed from his ultimate, Realm Warp. However, that uniquity is soon to disappear as a rank is being given back to his ultimate meaning that Overload is back to 5.

The rune mechanic on his Q, where his other basic abilities charge a Rune and reset Overload’s cooldown are going to take a hit as the shield given to Ryze on rune consumption has been removed and the speed boost he gains will be weaker early on but ramp up to the same point late-game. The damage he gets on Overload based on his E, Spell Flux has been switched to his ultimate and received a 20% boost as well.

One of the few point-and-click crowd control abilities left in the game, Rune Prison will now require a little more preparation before stopping enemies in their tracks. When an enemy is not afflicted with Spell Flux, Ryze’s W will not root for 0.75 seconds but will administer a 35% slow for 1.5 seconds instead. When Ryze has Spell Flux active on a target, however, that 1.5 second slow will turn into a 1.5 second root instead. This begins to add a little bit of counterplay to what at times is an extremely annoying ability to deal with, but good Ryze players should still be able to pull off the root reliably.

Spell Flux has been guttered, and his most enabling ability now won’t damage enemies apart from his primary target, but he now won’t get to spam it twice for the runes as it will spread to nearby enemies on the first cast of the ability.

Ryze may become stronger in teamfights, though, as a result of a quick E-Q combo can dish out massive amounts of damage to clustered enemies as the game goes on. Also, the mechanic where Spell Flux spreads to nearby enemies if a marked enemy dies has been removed, so the only method of spreading Flux will be the singular cast of his E. This places more importance on using it wisely but will also make his waveclear easier as one well-placed E will line up an entire wave to be deleted by a Q.

The main difference in the iterations of Ryze over the years, Realm Warp now gets a rank back as mentioned earlier but will have to suffer an early cooldown increase as a result, from 180 seconds at level 6 to 210, but will drop to 150 at level 16. Instead of Overload’s bonus damage coming from Spell Flux as mentioned earlier, he will now gain more power on his Q as his ultimate ranks up. This means that he will now grow even more bursty as the game goes on at the cost of all of his defenses.

With the changes, Ryze’s self-peel takes a massive hit as now he cannot spam his E-E-Q combo for monstrous shields and become unkillable, as well as being weaker in the early game because he can’t get away from ganks as reliably with the power being removed from Rune Prison as well.

Spell Flux’s rework now requires a little more thought to be put into its usage but can and will have the same impact in the right hands. His Realm Warp change means he scales better as Overload’s power is now tied to it, but also the early range boost on the teleport means skilled Ryze players can make more impact early.

While these changes are tentative, Ryze looks to become a little bit weaker and less reliable in the pro scene, however the health of the champion may improve as a result.