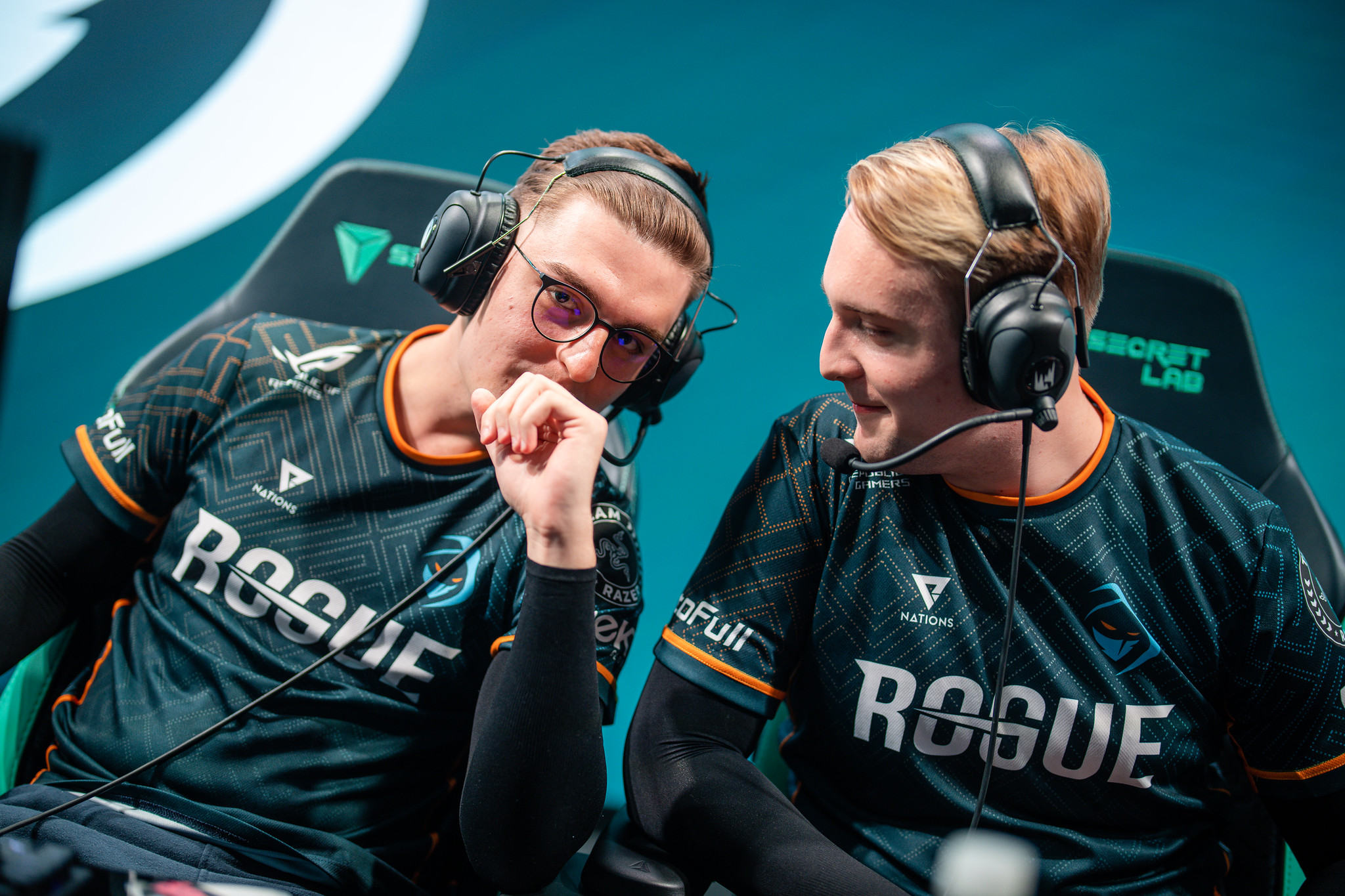 In just under 30 minutes, the boys in blue took down Team Vitality today to extend their win streak to six games in the 2022 LEC Summer Split. Rogue now sit alone at the top of the regular season standings as the best League of Legends team in Europe with wins over multiple top squads except Fnatic and G2 Esports.

Throughout the opening stages of today’s game, Rogue continuously found advantages through their superior early-game play. Whether it was Comp and Trymbi crushing a two-vs-two skirmish against Carzzy and Labrov or Malrang finding early ganks in the mid lane for Larssen, they were always quicker to the punch, which allowed them to snowball into a significant objective lead.

Vitality did find some isolated picks to keep the gold lead close, but overall, Rogue’s teamfighting was much stronger than their opponents. Between Taric, Gwen, and Kalista, Rogue’s team composition had so much disengage and invulnerability that they could survive Vitality’s extended damage.

Comp had himself a game, racking up a server-leading 10 kills on Kalista. He had some great ultimates that consistently saved Trymbi, while also serving as a form of engage. He was also kiting perfectly against the crowd control and damage thrown at him, ending the game with a well-deserved Player of the Game award.

Now, Rogue must focus their efforts toward the last team they have to face off against in the round robin, Team BDS. They are poised to finish off the fourth week with a perfect 2-0 record since BDS are at the bottom of the standings with an abysmal 1-6 record. Vitality, on the other hand, have another tough test ahead with Fnatic waiting for them at the end of the day tomorrow at 2pm CT.