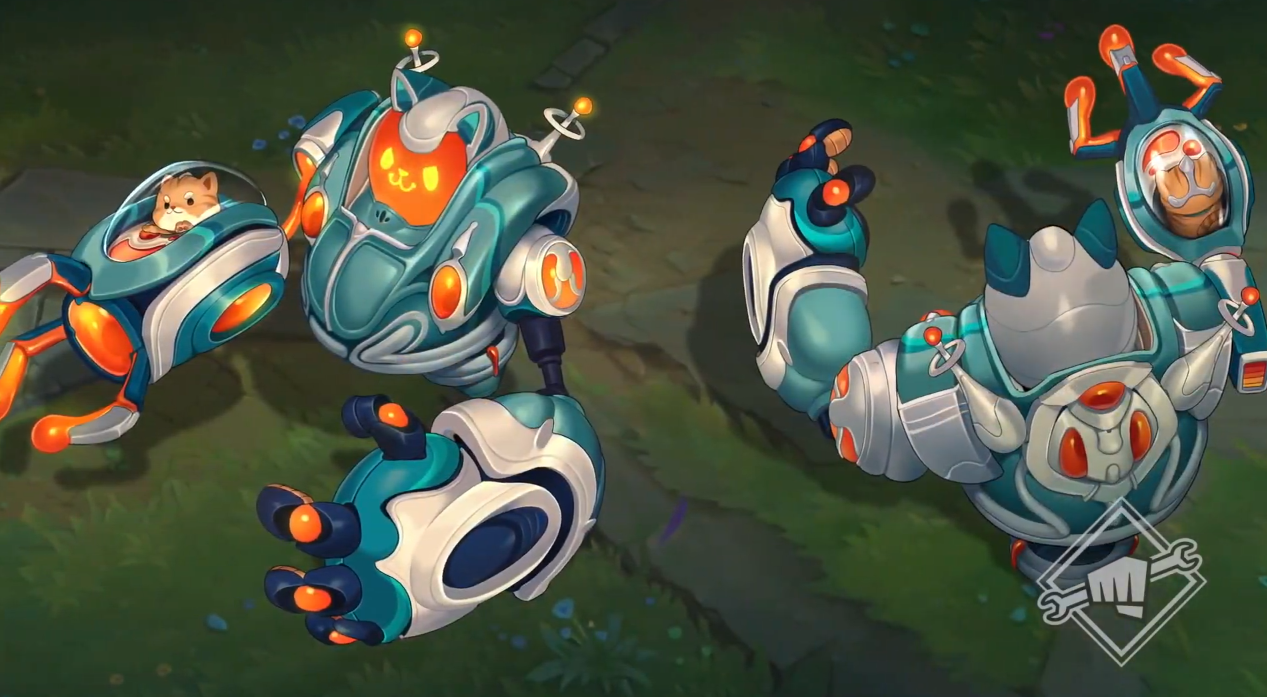 Have you ever wondered what it’d be like for tiny, furry animals to control the inner workings of your favorite League of Legends champions? Neither have we.

Riot unveiled the eccentric Space Groove skin line in today’s 2021 livestream. The cosmetics for Nasus, Blitzcrank, and Lux are slated to be the second thematic released this year after the Lunar Beast skins.

“If psychedelic, retro-futurism in space is more your vibe, then good news,” director of production Jonathan “Bellissimoh” Belliss said. “An eccentric take on a sci-fi universe full of far-out fun and color. The laws of physics and logic don’t always apply here, but some of our favorite champions just really dig that, man.”

The Blitzcrank and Nasus skins similarly have tiny cat-like creatures controlling them from inside while the champions’ bodies appear to only serve as the powerful exterior.

Lux, on the other hand, looks like she came straight out of the 1960s cartoon The Jetsons. Sporting a futuristic staff that wields the power of the planet and a bright blue outfit, the Lady of Luminosity certainly isn’t in Demacia anymore.

Fans will also have the opportunity to vote on one of three thematics—Monster Tamers, Crime City Nightmare, and Debonair 2.0—for Riot to further explore and build on later this year.