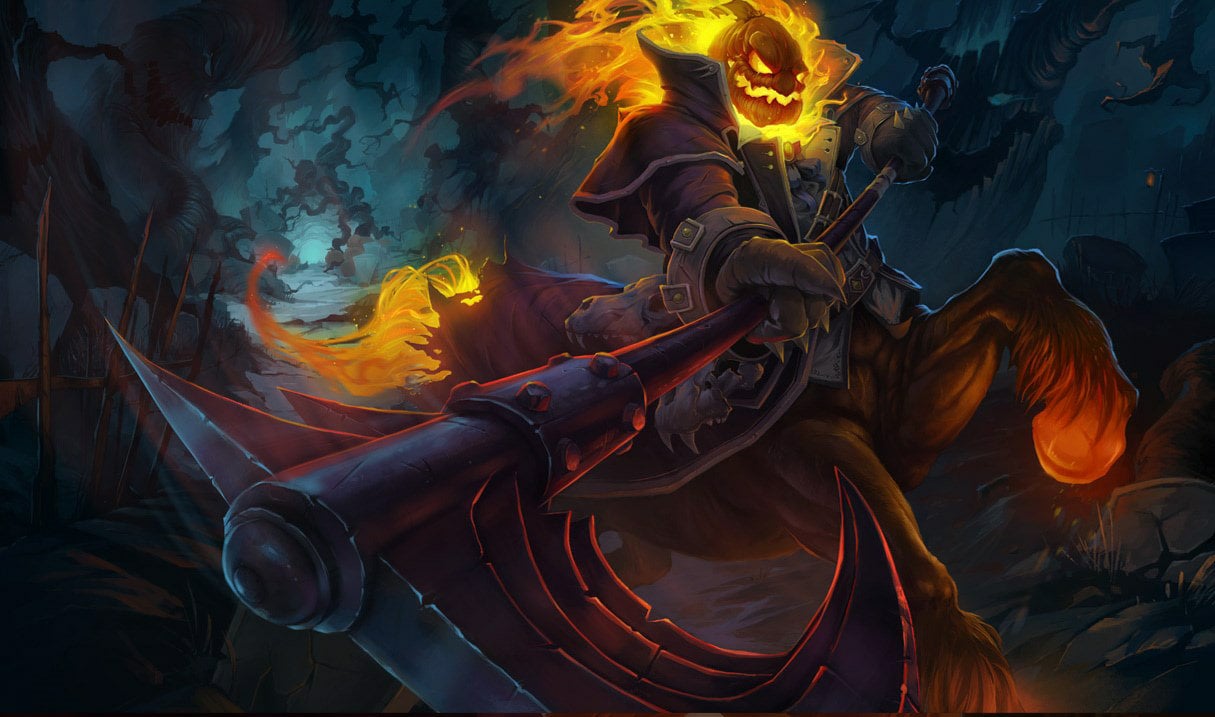 League of Legends Patch 12.17 is quickly approaching, and 20 different champions are slated to receive buffs, nerfs, and adjustments, with many more to be affected by item changes, including Stopwatch and Zhonya’s Hourglass.

Champions at all five roles will be altered in Patch 12.17, but one champion in particular is on the docket to see nearly his entire kit updated: Hecarim.

In Patch 12.17, Hecarim will see all four of his active abilities changed in some way. The only ability not being altered in the patch is Warpath (P), which will still give Hecarim bonus Attack Damage based on his bonus movement speed.

These changes aim to give Hecarim “more incentives to be a fighter/bruiser and less an assassin/full tank,” according to Tim Jiang, associate designer at Riot Games.

Hecarim is having the base damage of his strongest jungle-clearing ability, Rampage (Q), nerfed slightly, while the scaling bonus AD associated with the ability will be increased by five percent at all ranks. The number of stacks Hecarim can earn on Rampage is being upped from two to three, while the cooldown of the ability is set to be decreased by an extra 0.25 seconds per stack the champion has accrued.

Rampage is also set to receive a buff in the way of its mana cost. Instead of having a ramping mana cost throughout the game, the ability will only cost 30 mana.

Hecarim’s Spirit of Dread (W) is also receiving a new passive, giving Hecarim bonus Armor and Magic Resist while the ability is active. In teamfights, Spirit of Dread is particularly strong thanks to its lifesteal component. Extra tank stats attached to the ability should make Hecarim tougher to kill in five-vs-fives.

Hecarim’s Devastating Charge (E) is being changed to give the ability less knockback, but a lower cooldown at all ranks to compensate. Additionally, the enhanced auto-attack that’s attached to the ability will deal less damage at all stages of the game. These changes should make Hecarim slightly harder to gank with, as his most reliable crowd-control ability is seeing a large chunk of its power decrease.

Hecarim’s ganking prowess is also being reduced in the form of a nerf to Onslaught of Shadows (Rfdsa). The maximum duration of the ultimate ability’s Fear is being reduced from two seconds to 1.5 seconds, based on the distance traveled by Hecarim with his ultimate.

Hecarim has been practically invisible in the professional League of Legends meta since the Spring Split, and with the World Championship on the horizon, a slew of updates to the “Shadow of War” could bring him back into the jungle landscape. This split, Hecarim holds a pick/ban rate of one percent in major regions, a mark that’s way down from his 44 percent presence rate in the Spring Split, according to League stats site Gol.gg.

These changes to Hecarim are live on the League PBE and will be tuned throughout the week, according to Jiang.

League Patch 12.17 will go live on Sept. 8, according to the game’s patch schedule.