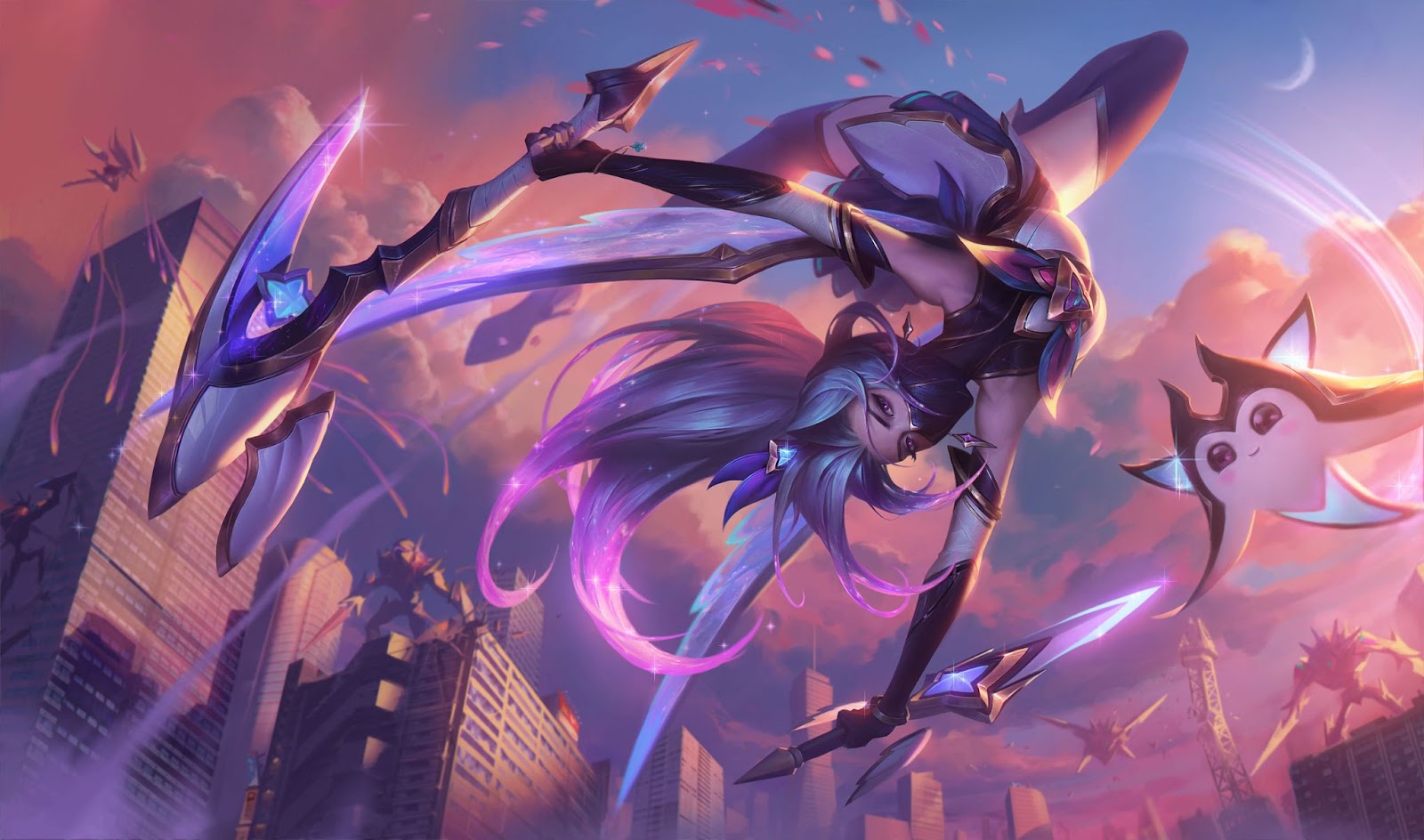 After a considerable amount of complaints from League of Legends fans, Riot Games has doubled down on its decision to remove the recolored visual effects for the chromas on the new Star Guardian Akali skin, in addition to setting new rules for chromas moving forward.

When the new skin released on the game’s PBE testing server, fans saw that each chroma had recolored visuals to match its own theme. It was a beautiful skin that many players wanted to purchase, but recently, Riot reverted the effects so that the only color they had was from the base skin.

In the video above, for example, each kunai thrown during her Q ability matched the color scheme of the chroma that was chosen. After the revert, those knives, along with the glow of the skin and its abilities were all still the base purple colorway.

A member of the QA team for League skins explained that “VFX recolors are not within the scope of a standard Chromas,” but that they were exploring the possibility of a higher tier chroma type in the future. They had experimented with Star Guardian Akali by giving each chroma the new visual effects, although they were never supposed to hit the PBE.

Riot also released a statement on the League PBE subreddit, where they explained that it was unsustainable for the developers to deliver that many different visual effects for every patch. This did, however, set some inconsistent expectations among the fanbase, which prompted them to outline just how the chromas would work for specific skin types.

Although the explanation did set a precedent for next chromas, fans were still upset that Star Guardian Akali’s chromas were taken away, since they were already created and placed in the game. Some people said that Riot could have made an exception for the skin to appease the fanbase, while still setting the ground rules for future chromas.