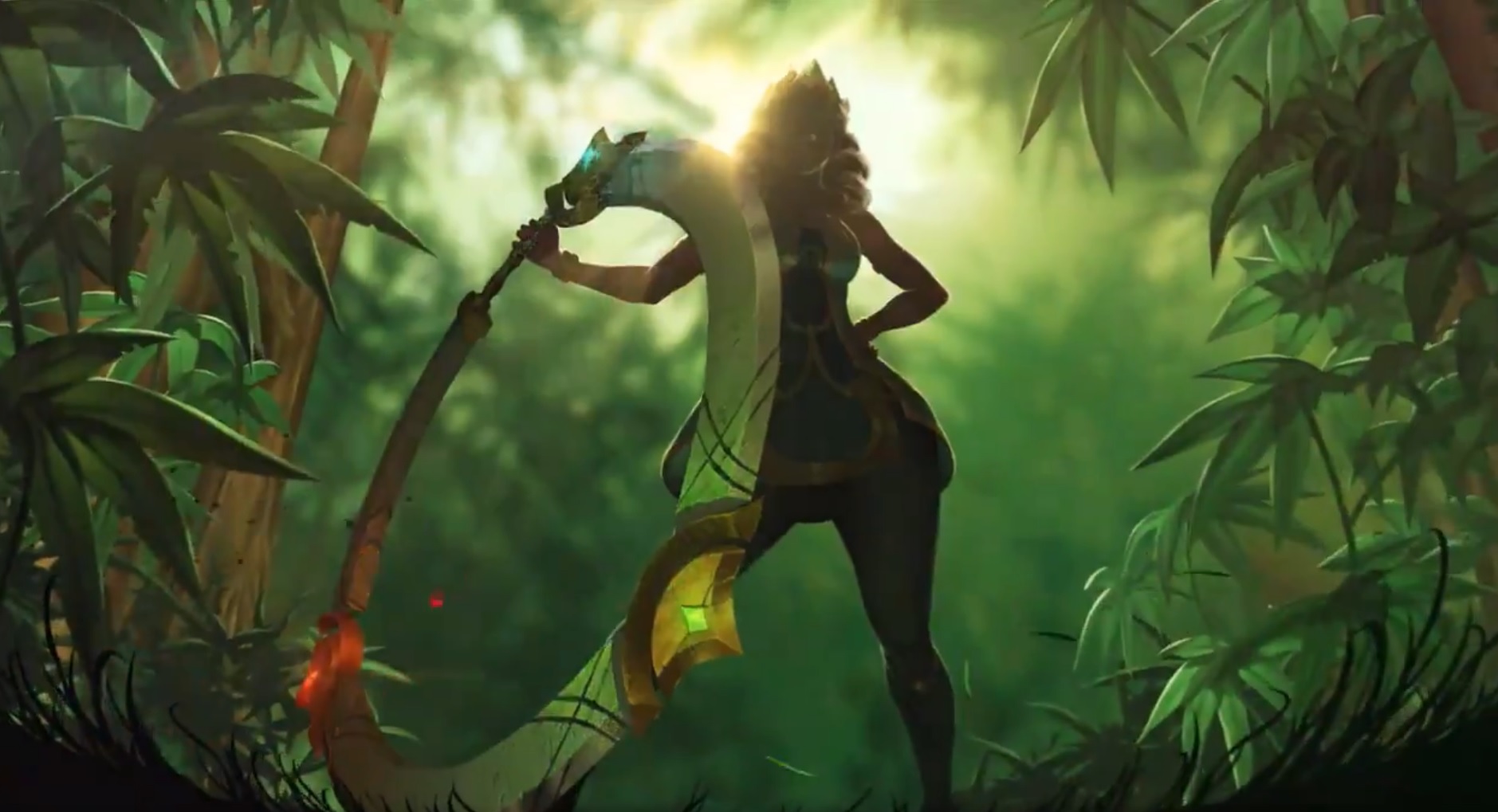 Qiyana, a mysterious jungle assassin, will be the next League of Legends champion. Riot has released a teaser trailer featuring the mysterious woman on Thursday.

In the champion roadmap from April, Riot indicated the Qiyana will be an AD-based assassin from a new region. That region is apparently called Ixaocan, an exotic sounding name fit for this previously unknown part of Runeterra.

The most terrifying part of her visuals is that large, ring-like scythe thing that she’s holding. It’s practically as tall as she is. It is like a cross between Diana’s weapon and Sivir’s.

Her official title is “Empress of the Elements” From the video, it looks like she’ll be able to command terrain in a unique way. She interacts with both foliage and earth, perhaps like a combination of Ivern and Taliyah.

“I have raised jungles, shaped lands, and commanded rivers,” she says in the teaser while absorbing essence from the land against her into her weapon. Don’t be surprised if she gets some sort of stat buff depending on what type of terrain she’s in. In the roadmap, Riot said she’ll be able to “use [her] surroundings in clever and innovative ways,” and to “stay away from the walls.” We can’t wait to find out exactly what that means.