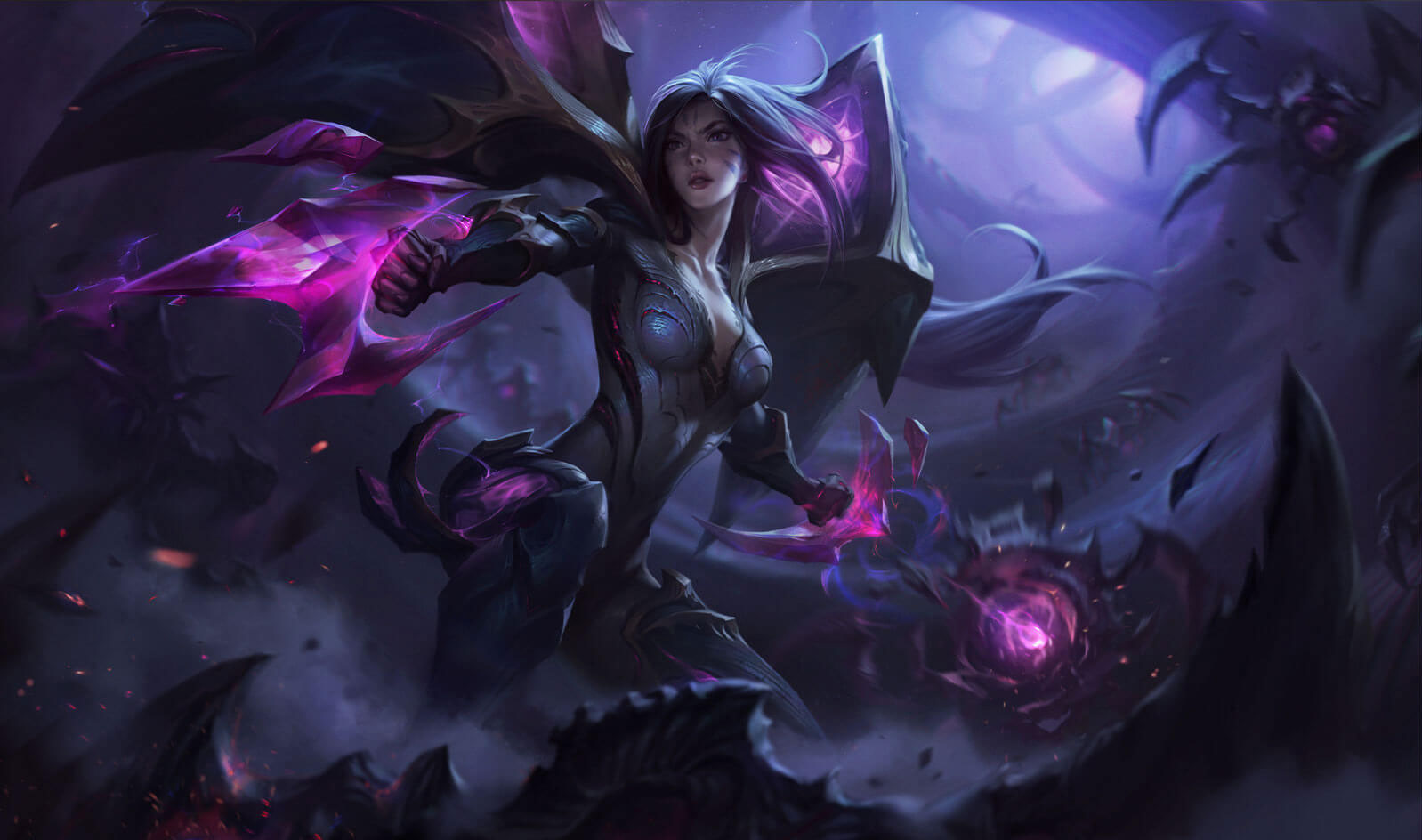 Shortly after Kai’Sa was revealed as League’s next champion, we salivated over the variety of her potential builds and positions.

She scaled off of Attack Speed, AD, AP, or any combination of the three, and her transformation mechanic gave players even more ways to customize her kit. People have tried her in all of the lanes and the jungle. But on the professional stage, she’s settled into just one role: traditional ADC.

Kai’Sa was first picked on a major circuit when Han “SmLz” Jin of the LPL’s Rogue Warriors locked her in a few weeks ago. In that game against Topsports Gaming, SmLz used a fairly standard crit build, going Essence Reaver into Hurricane and finishing with an IE. Kai’Sa is fairly dependent on her Q for damage and wave clear, so getting CDR from Essence Reaver made sense.

Essence Reaver and Hurriacne have become the standard first items for Kai’Sa in competitive play. But recently, pros have been enamored with Rageblade—even with its changes—and Death’s Dance as later items. Death’s Dance is especially interesting because it’s not a standard ADC item. But it’s being built in over 60 percent of Kai’Sa games on Patch 8.6.

Kai’Sa has been seen in just over 30 percent of matches on the current patch. She’s good in the current meta where pros are obsessed with early-game wave control and poke. And even in crucial playoff matches, people aren’t shying away from her. She was picked in the pivotal third game of Afreeca’s win over KT and was just picked again last night by JD Gaming ADC Lee “Loken” Dong-wook in a loss vs. Bilibili.

It doesn’t look like she is going away anytime soon. With a 53 percent win-rate in solo-queue, it may be time for more people to try ADC Kai’Sa.