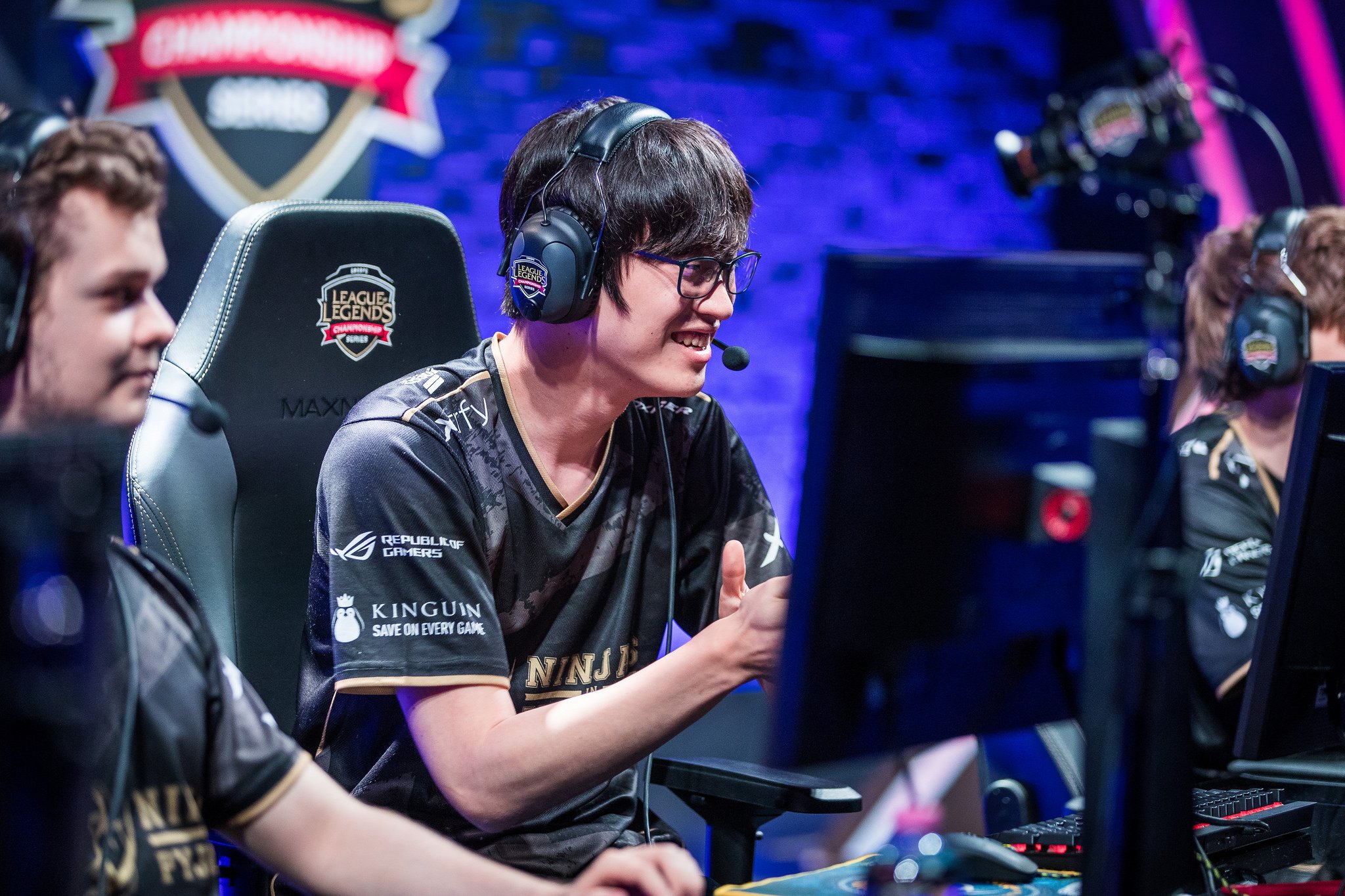 Ninjas in Pyjamas ended their 10 game losing streak in the EU LCS earlier today against Roccat, keeping their slim hopes of avoiding the relegation tournament alive.

A loss against Roccat today would have cemented NiP’s place in the relegation tournament at the end of the season, forcing them to go up against two EU Challenger teams and the last-place team of Group B for a shot at gaining promotion to the EU LCS for the 2018 season.

Game one of the series was a closely-contested nightmare for both teams. NiP failed to use their early gold lead to close out the game, but a successful teamfight in Roccat’s base gave them the win.

NiP dominated in the early stages of game two by being overly aggressive—and it worked. They won in all lanes and controlled the vision throughout the map by sacrificing objectives along the way.

Today’s victory means that NiP have postponed that from happening, albeit for a little while. Roccat only need one win of their final three games to claim fourth place in Group A of the EU LCS—but anything can happen.

Overall, NiP’s performance was one of their finest throughout the season, with each member of the team showcasing plenty of individual skill while improving their teamfighting capabilities. If the team had been able to showcase this more frequently throughout the rest of the Summer Split, then they probably wouldn’t be in the situation they currently find themselves in.

For now, NiP should be focusing on improving themselves as a team moving forward. The team have the tools to avoid relegation as long as they continue to improve on their performance in the final two weeks.

NiP face off against Misfits and Fnatic in their final two games and will try to find more positives in their play moving forward. Roccat face off against Fnatic next on Aug. 4, then G2 on Aug. 10, and finally Misfits on Aug. 12 in the last game of the season.