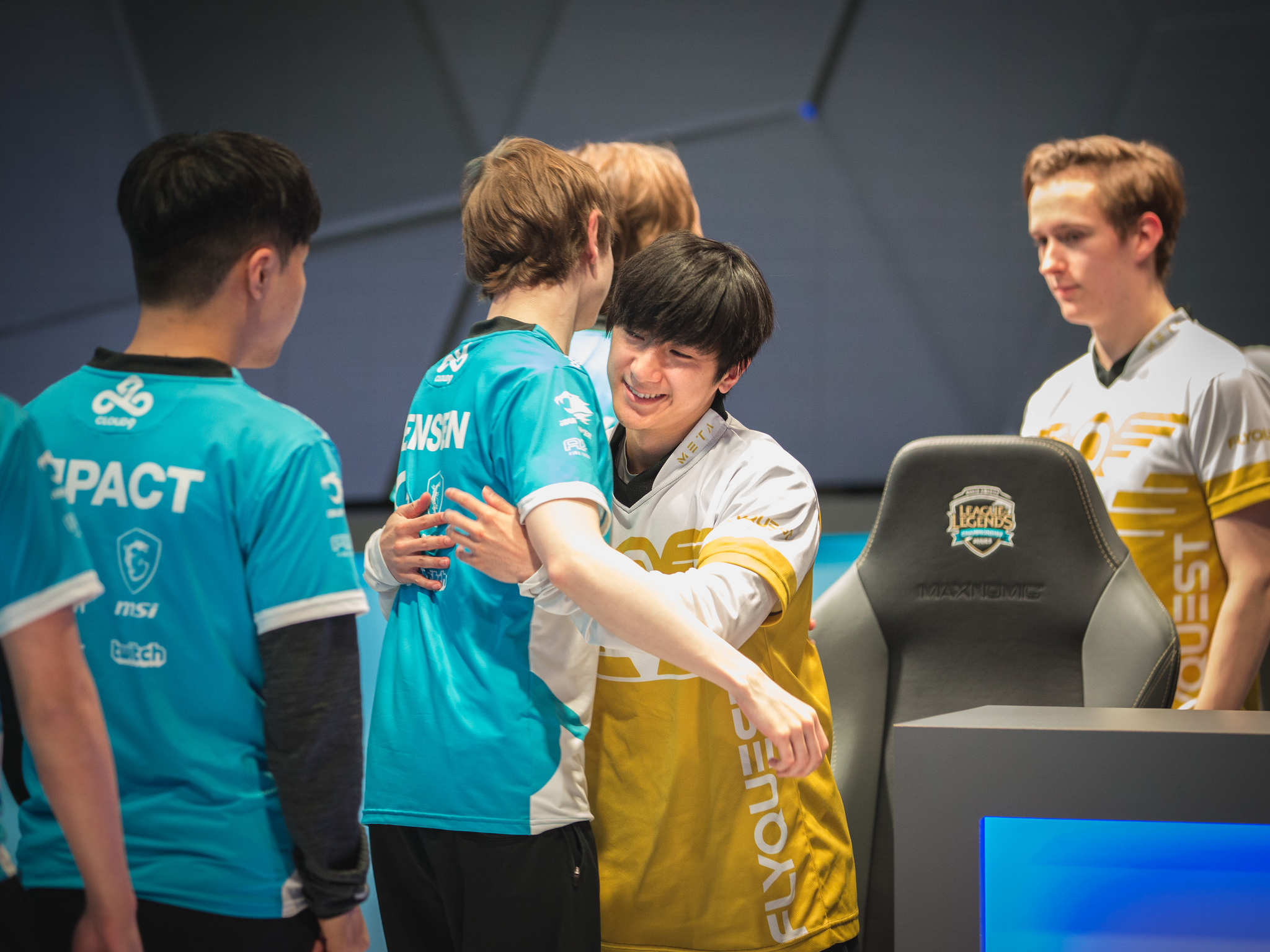 Sunday’s North American LCS matches saw the league’s best teams—TSM and Cloud9—solidify their positions at the top of the table, showing everyone who was boss against unfavored opposition.

True to form, some of the underdogs did fight back, but it was more due to mistakes than anything. After League fans were treated to two series between Korea’s SK Telecom T1 and KT Rolster, this level of LCS play may be a bit of a letdown. But the best teams will use this week as motivation for how to improve.

The first match, between Team Dignitas and TSM, showed why TSM are one of the best teams in the LCS. Despite giving up a big lead to Dignitas top laner Kim “Ssumday” Chan-ho playing Renekton, they team displayed much stronger overall macro. They knew that Renekton would be a problem but drafted Shen for Kevin “Hauntzer” Yarnell, in order to exert more pressure on the other four members. It was telling that even with a dream setup for Renekton, Dignitas felt pressured in to a 50/50 Baron call.

Outside of a gutsy, well-executed Baron call by Dignitas, the series was dominated by TSM as Hauntzer out-played Ssumday. The second Baron attempt wouldn’t go so well for Dignitas and from there, they found it tough sledding in the series. TSM ran out 2-0 winners.

The other series featuring contending teams was a rematch between sister teams Cloud9 and FlyQuest. Since their earlier meeting, a tense Cloud9 win in week four, FlyQuest has entered a skid, going 1-2 in series including a loss to Dignitas.

The second game of this series highlighted some of FlyQuest’s struggles. The team is rightfully lauded for aggressive early game shot-calling dictated by mid laner Hai Lam. But after the lane phase is over, the quality of the calls starts to deteriorate as FlyQuest fumbles to find its win conditions.

In game two, they had Cloud9 on the ropes with victories at Baron and Elder Dragon. But instead of utilizing both their comp (top lane Swain into Nautilus) and the nature of the buffs by spreading members out in a 4-1, they stubbornly grouped as a team in the mid lane, trying to use overwhelming force against a superior teamfighting opponent. Spreading out—and setting vision while doing so—would have been safer against a C9 team that wanted to fight out of a deficit, and it would have given FlyQuest more options.

The result was predictably disastrous. They never got control of the side lanes, making their strategy extremely easy to read. The mid lane push was met by Cloud9 and a promising game turned into calamity.

FlyQuest could have sent someone to the top or bot side and either used a superior four person comp to burst the mid inhibitor—C9 was much weaker as a four person unit—or take a top turret. Either way, they could have exited by laying down vision in support of the Baron spawn in a minute. Instead they fought in a desperate situation, got wiped, and lost the series 0-2.

The other matches of the day featured teams trying to escape the bottom of the bracket. Team Liquid‘s “Midlet” strategy would face a tough test against Henrik “Froggen” Hansen and Team Echo Fox. Chae “Piglet” Gwang-jin had another respectable series at his new role. Instead, it was the other positions that would mostly decide the games.

After Liquid got good results from Kim “Reignover” Yeu-jin on Graves and especially Samson “Lourlo” Jackson on Renekton, Echo Fox took the Renekton away in the third and final champion. Playing one of the best split pushers in the game, Echo Fox top laner Jang “Looper” Hyeong-seok was a massive problem on the scaly crocodile. With help from his team, Looper pushed all the way to the inhibitor turret, constricting Liquid’s ability to play the map and contest for objectives en route to a 2-1 win.

The final match of day featured Immortals against last-place EnVy. EnVy has been playing better since getting jungler Nam “lira” Tae-yoo back after resolving his visa issues, while Immortals has been extremely inconsistent. That inconsistency would continue against EnVy as the team made puzzling macro decisions and failed at basic mechanics to hand EnVy the 2-1 win.

It was a messy week that helped solidify North America’s hierarchy—two strong teams at the top, a few contenders with major issues, and a heap of inconsistency at the bottom. In other words, just another season in the LCS.