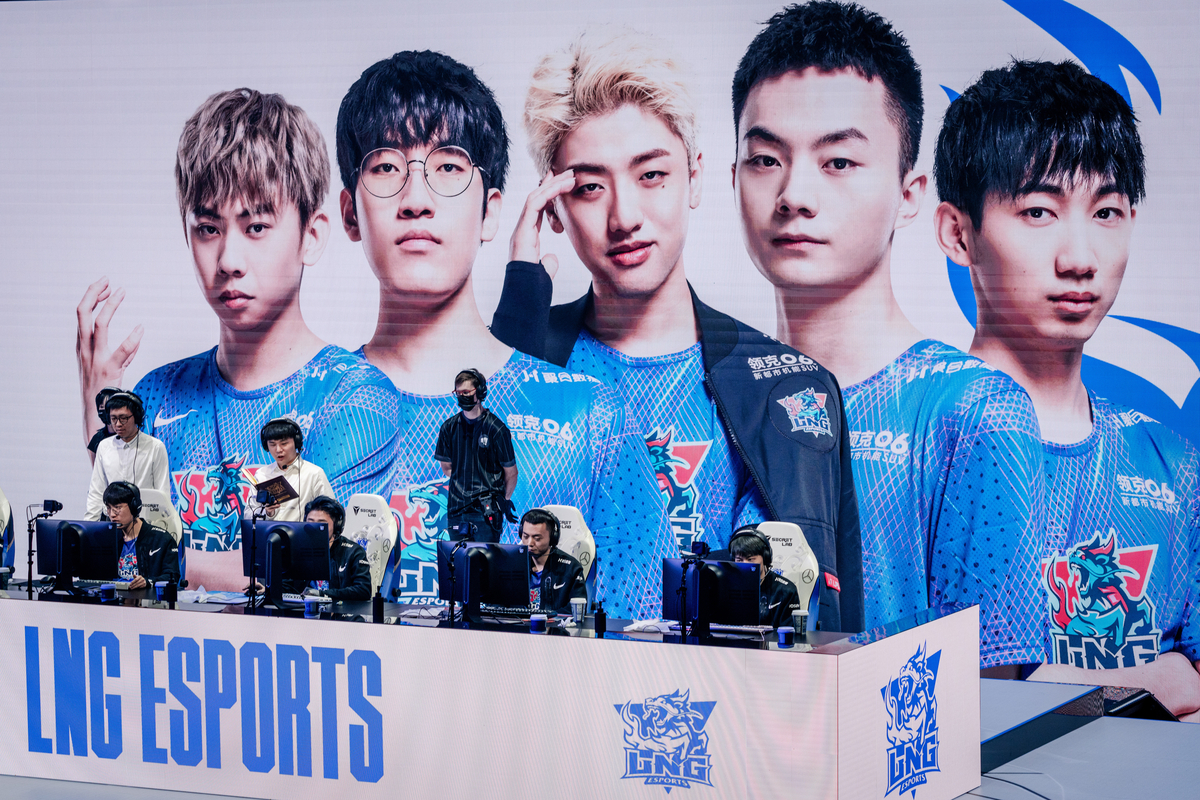 The final day of the 2021 League of Legends World Championship play-ins stage granted one team a clear path to the group stage, at the expense of the trashing of another.

LNG Esports ended their play-ins run undefeated with a final victory over INFINITY. In true LPL fashion, LNG ended this last game with sheer confidence, taking a quick lead and proceeding to play with their food, terminating INFINITY’s Worlds run before it could start.

LNG went through this game in the same manner that they’ve found success in the play-ins thus far: poking out their enemies to halt their experience growth, then capitalizing on that deficit. Ale took advantage of this ideology most efficiently early on, taking control of INFINITY’s top and jungle all by himself, with the rest of his team soon following suit.

Within seven minutes, LNG had secured two solo kills and a successful turret dive due to INFINITY’s lack of respect to the level six power spikes on many of LNG’s champions. INFINITY’s general map awareness quickly began to slip, creating too big of a gap between the teams for a victory to be in the cards.

Between Ale’s Wukong and Tarzan’s Graves, the number of kills on the side of LNG increased every few seconds. Whenever an INFINITY member was out of position, one of these two LNG players was there to capitalize. Within 25 minutes, these players opened up the INFINITY base by shredding through their entire teams with very few abilities used, and guaranteed their undefeated run in play-ins.

LNG now advance to the group stage of the 2021 World Championship to join fellow LPL representatives in EDG, FPX, and RNG. They may have ventured through the entirety of play-ins undefeated, but their next step at Worlds will likely throw them in group D as the group’s sole LPL team, where they’ll face off against championship-caliber teams in MAD Lions, Gen.G, and Team Liquid.

A team from play-ins group B will be the only other team to qualify directly for groups. That team is looking to be Cloud9, who are also undefeated so far in their group. The second, third and fourth-seed teams in the groups will play best-of-fives over the next two days in the play-ins knockout stage, with the second-seed teams entering the finals. One more team will join INFINITY in being eliminated from the 2021 World Championship by the end of today’s matches.

The group stage of the 2021 League World Championship begins on Oct. 11 with a match between two former world champions, FPX and DWG KIA.