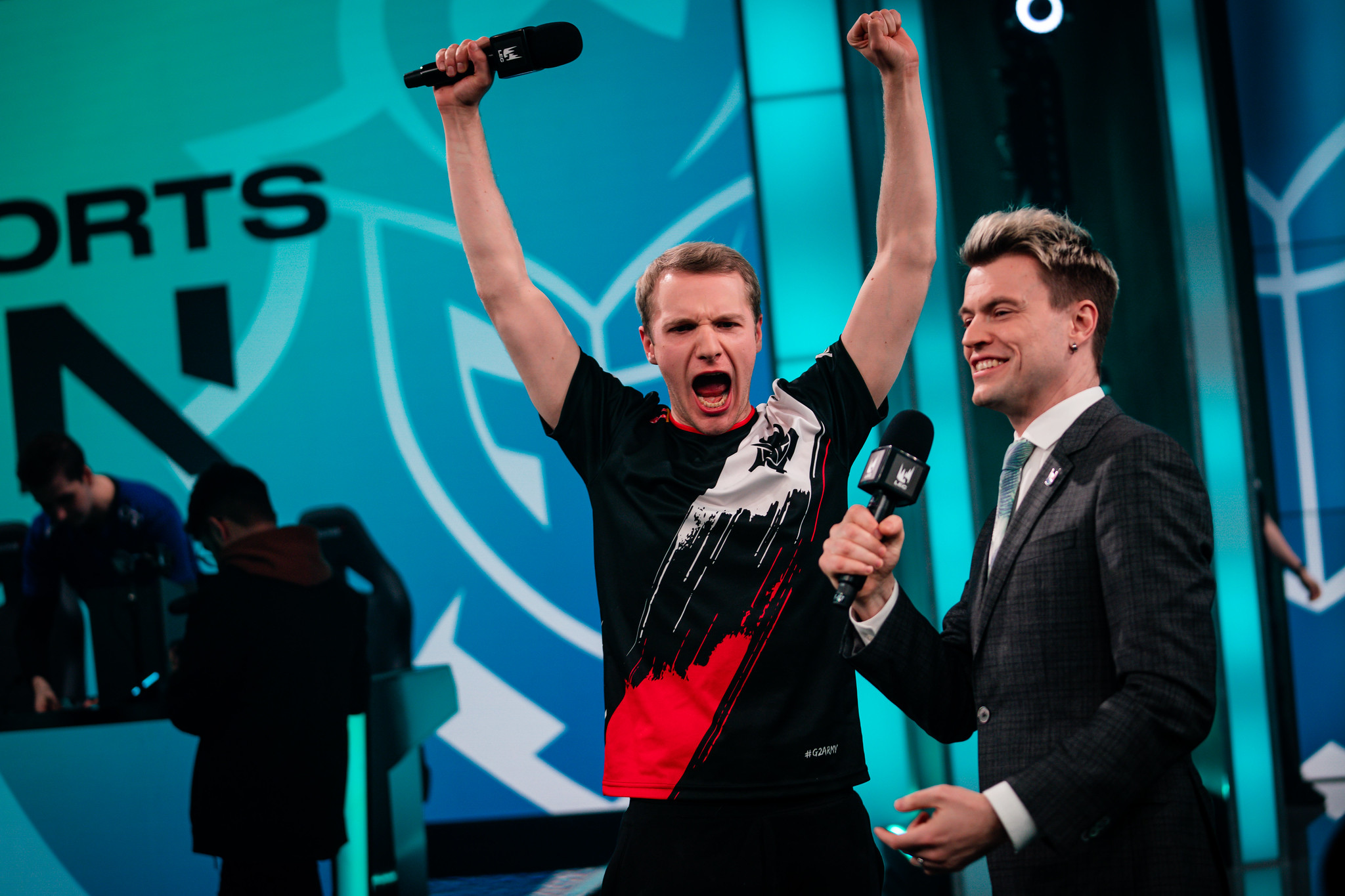 This is the time of year when things start getting real in the LEC. We’re officially in the back half of the Spring Split, which means the playoff teams are separating from the pretenders and the best squads in the league are asserting their dominance.

Unless, of course, you’re G2 Esports. Unlike Cloud9 in NA, G2 aren’t in tryhard mode quite yet, as evidenced by recent losses to Schalke and Mad Lions.

But until we actually see someone wrench the LEC trophy away from them, it’s likely that they’re going to continue to sit at the top of our power rankings. When we asked our League analysts to rate each LEC team from one point (worst) to 10 points (best), there was a solid consensus on where each team should stand.

With the end of the split in sight, time is starting to run out for teams looking to make a move up the LEC power rankings.

Just when we were about to complete the Obi-Wan Kenobi phrase and tell you to “move along,” Schalke went out and beat G2 in week four. And it wasn’t like G2 were trolling: Schalke somehow let through both Ornn and Aphelios to the blue-side team, something that shouldn’t be physically possible on Patch 10.3. Despite that, Schalke fought back, punishing G2’s mistakes and following the lead of top laner Odoamne, who’s having a bounce-back split after a couple down years.

Schalke built off that win by beating Vitality in their first game of week five. And then they gave it all away by losing to Excel by fumbling yet another draft. This time, they handed over Gangplank, Karthus, and Ornn to the blue-side team, ensuring that after 30 minutes, Excel couldn’t lose.

There’s a huge gap right now between the bottom tier and the teams that are ready to contend for playoffs. Each of these three squads is flawed, but as we’ve seen in the last couple of weeks, they can make even the top teams sweat.

The most frustrating of the three is Excel. We’ve seen flashes from them, but those flashes only make the mistakes more difficult to stomach. Mickey, Excel’s volatile mid laner, puts on a show with flashy plays but can’t seem to figure out how to consistently do the simple things. From top to bottom, Rogue have one of the better lane phases in the league but struggle to finish after that. Still, they’re 3-1 over the last two weeks with a lone loss to Fnatic, so it’s not all bad.

Mad Lions, though, have made a strong push back into playoff territory after two defining wins over G2 and Fnatic. Of course, those wins are offset by troubling losses to Origen and Misfits. Misfits just came out firing behind Febiven’s Azir—sometimes a player just gets hot. But the Origen game should’ve been better. Once again, we saw a team hand over the triple-death-combo of Gangplank, Karthus, and Ornn, only this time, Mad Lions decided to give Aphelios over as well.

Games are rarely lost that hard in the draft phase. The good news is that drafts are correctable, and overall, Mad Lions are on an upward trajectory.

One of the players who has stood out for us has played for both teams. Former Misfits top laner Alphari has thrived in his time with Origen. Misfits have made up for his absence this year by getting a better showing from mid laner Febiven, who’s had some pop-off moments in the last few weeks.

He’ll need more of those moments to challenge for a top-two spot, though. We’ll find out a lot about what these teams are made of when they take on Fnatic and G2 in the next couple of weeks.

There’s never been a doubt about G2 this split. Even as they lost some games against the dregs of the league, we’ve remained strong in our conviction that this is the best squad in Europe. Over the last six weeks of power rankings, including the preseason, 39 out of 40 first-place votes have gone to G2. It’ll take something really unexpected for us to change our minds on that.

Unfortunately for Fnatic, that means they’re locked into second place. Fnatic are good. The bot side, despite some curious mistakes from Hylissang, continues to be a strength, while the other two lanes are more of a coin flip. The good news is that new jungler Selfmade is playing well, though not quite on the level of the departed Broxah yet.

But Fnatic will be confined to second as long as G2 exist in their current form. Fnatic play G2 in a couple of weeks and could seek a measure of revenge then. But realistically, it’ll have to be a playoff win over G2 that ends their reign atop the LEC.