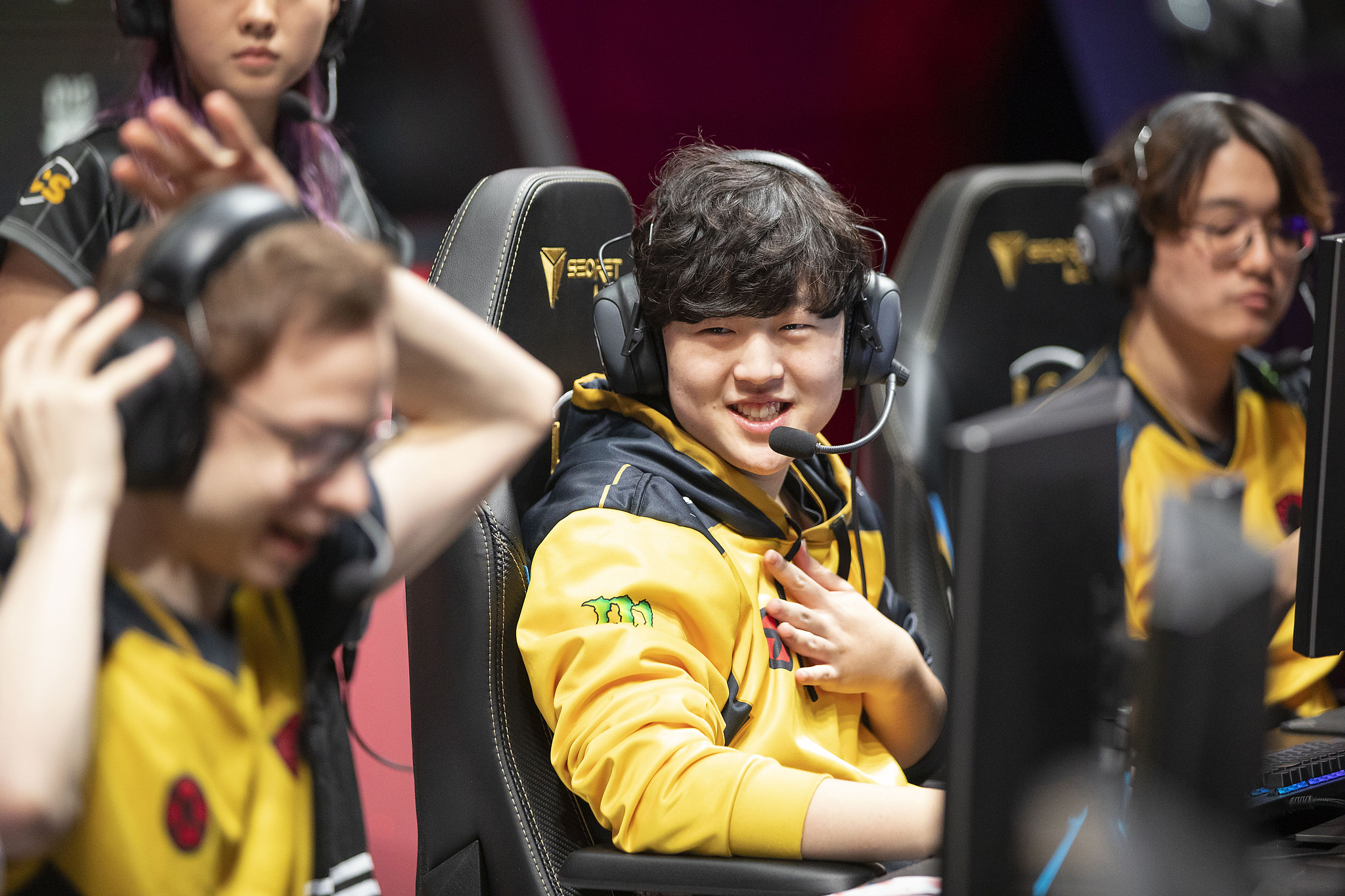 For the first four weeks of the 2020 Summer Split, we’ve complained about how boring the LCS has been. There have been exciting matchups and new teams on the rise in most major regions, but LCS viewers could expect to see Cloud9 stomping and TSM, well, not. Weekend after weekend it seemed like we were getting the same content, aside from a few well-placed videos from Ovilee May.

That all changed in week five. Dignitas got a win—their first—and then turned around and did it again. TSM went 0-2 which, in retrospect, isn’t surprising at all. But the shocker of the week came near the very end, when a Cloud9 squad that went undefeated through the first round robin inexplicably lost to 100 Thieves.

And while it may feel disappointing that C9 lost, it’s actually good for the league. They are still the overwhelming favorites to win this split, but they need to be pushed to both legitimize their victory with memorable games and also improve their level of play. The whole LCS becomes more exciting when outcomes are less predictable, even if it throws our expectations off and makes power rankings more difficult.

Speaking of which, when we asked our League voters to judge C9’s performance, they for the most part were not concerned. C9 has earned the benefit of the doubt, and we expect them to bounce back even stronger. After we ranked each team from one point (worst) to 10 points (best), the real action happened in the spots immediately following Cloud9.

C9 may not be quite good enough to run the table this split, but given what’s happened behind them, they should still be pretty safe as the favorite going forward.

The good news for our bottom two teams heading into last week was that one of them were guaranteed a win, because they were playing each other. As bad as they’ve both been so far, we were still confident in that result.

But when the week ended, the bottom two teams in both the power rankings and league standings combined for not one, not two, but a whopping three wins. And they weren’t fluke wins against the dregs of the league either. Both Immortals and Dignitas outplayed playoff-level teams in TSM and FlyQuest, respectively.

You could argue those losses reflected more on the two losing teams and their clear flaws, and we’ll get to them. But Immortals still did a good job of bridging to late game by attacking TSM’s win conditions and taking advantage of their superior teamfight scaling. Immortals support Hakuho had another clean game on Thresh vs. TSM—he seems to turn into a hook god whenever he plays the boys in black and white.

DIG technically re-entered the league by buying Clutch Gaming’s slot, but this team is shades of past Echo Fox rosters, with Lourlo, Dardoch, and Fenix in the top, jungle, and mid. Somehow it worked with those three getting out to a big lead against a FlyQuest side that is suddenly struggling. We don’t know that the growth is sustainable—lots of those players have had legitimate LCS shots before—but it’s not like they’re flat bad either.

And that’s the problem with the teams at the bottom. Is getting a few victories, or even going .500 in NA, a region known for its relative weakness, that impressive? You hear a lot of how a player in the bottom tier of LCS teams or upper tier of Academy “deserves” an LCS slot. That is simply illogical when we know that LCS players are not the best in the world.

But that’s a longer conversation not fit for this space. And while these players keep winning, the earn their spots in the big leagues with their results.

Week four brought more good news to the next tier of LCS teams. All of these teams pulled out unexpected wins last week to keep pace in the playoff race, and at this point, we expect all three of them to make the postseason. It’s still weird that 80 percent of the league will qualify, but then again, there doesn’t seem to be much separating third place from eighth right now, so why not?

The talk of the week was 100 Thieves, whose move to replace their jungle and support positions has paid off in spades. Contractz is a perfect fit for this meta and has energized the team’s early game. Even with losing lanes, he’s still making aggressive solo plays and dragging some of his teammates with him. Combine that with Ssumday’s minion wave control in top lane, Ryoma’s safe damage in the late game, and an improved bot lane with Poome, and 100 Thieves have some interesting tools.

That style can hurt Contractz against a team with a better setup to surround him when he goes too far behind enemy lines. But it’s also one that 100 Thieves need to contend with better teams.

Golden Guardians got a nice win against a stumbling Evil Geniuses squad via a nice mid-lane engagement from Damonte. And we have to admit we were wrong about CLG: they also beat EG, proving that their record can stand up against mid-level competition. It wasn’t always pretty, but they got the job done.

If week four was friendly to teams at the bottom of the table, you know that pain is coming somewhere, and that’s right in this tier. These three teams went a combined 0-6 last week. Any shot of them catching a C9 team that just lost or even TL at the top of the rankings evaporated amidst a flurry of disappointing performances.

Blame goes all around. The top laners, incuding Solo and Kumo, were responsible for some game-losing decisions. Broken Blade has definitely regressed from the Spring Split. Mid lane play has been better, but even when Jiizuke was handed leads on comfort champions like LeBlanc and Ekko, he wasn’t able to deliver because his teammates wouldn’t stop getting caught. Svenskeren, last summer’s MVP, looked clueless on Trundle, a champion with no instant mobility spells.

The bot lanes are a mess as well. TSM is trying out new supports, FlyQuest already made their change, and while Bang is playing like his hair is on fire for EG, his NA teammates still haven’t figured out how to play with Ezreal. Inserting Huni into the lineup may solve EG’s top lane issue, but is that enough for them to realize that when Bang is on Ezreal, you get out of the damn way and let him carry?

C9 will be fine. Blabber had a forgettable game against Contractz, the man he replaced, but he’s had such a hot run that he was bound to cool down at some point. Playing Jarvan IV into Olaf will do that. Top laner Licorice needs to improve his wave management and the bot lane hasn’t been great with Zven on non-ADC champions, but the team will be fine.

The real news is TL really cementing their status as the second-best team. They went through some growing pains with Broxah, but he’s playing well, and Tactical has been really good in the bot lane. They’ve beaten most of the teams below them and look like much closer to their championship form of the last two years.

Of course, C9 has taken championship form and redefined it. TL are our favorites for second, but that’s all they’ll get unless they can reach an even higher gear.