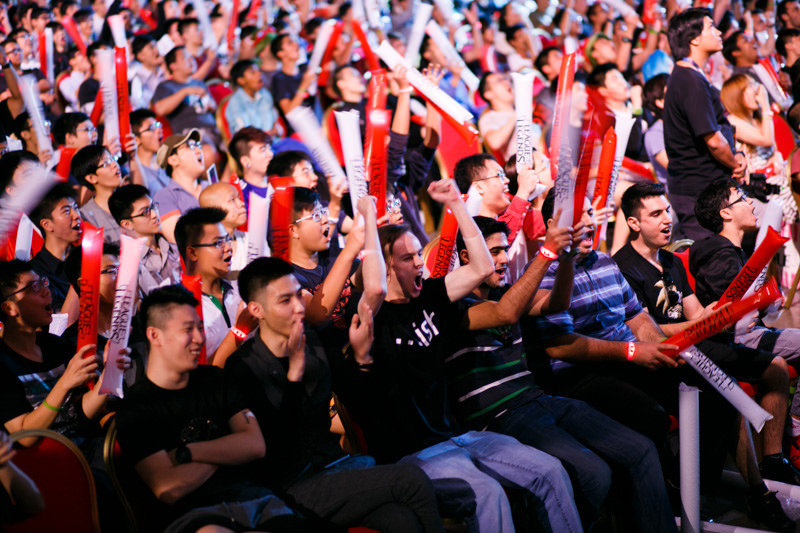 Korea has been the dominant region at Rift Rivals since the tournament began yesterday in Taiwan. Both SK Telecom T1 and Samung Galaxy were undefeated in the first day—and now it was KT Rolster’s chance to shine.

KT had yet to play a single match in the tournament and began their campaign against Royal Never Give Up of the LPL, one of the region’s most successful teams. This was the first international tournament for this new KT Rolster squad with only the jungler Go “Score” Dong-bin left from the original 2016 roster.

Rift Rivals provided this new-look KT the chance to showcase their international pedigree with worlds on the horizon—and they did not disappoint.

The game itself was very back and forth between the two teams in the opening stages. RNG were able to successful gank KT’s bot lane in the opening few minutes to give them a small substantial gold lead over their foes.

RNG then immediately tried to capitalize on this by heading to the top lane for a similar gank but were unaware of the KT rolster members lying in wait. This gank attempt failed and KT were the ones to take the lead from a successful counter gank play.

This tug-of-war continued throughout the game. When one team were able to make a play, the opposite team were able to find an objective or a kill of their own somewhere else to keep the teams on level terms for the first 20 minutes.

Once the Baron spawned, things got a lot more interesting. Both teams continued to fight over the objective for a solid ten minutes, unwilling to let the buff go over to their opponents. It became a scrappy affair from this point on with both teams giving up their lives just to stop the other from securing the buff.

After KT caught RNG out in the midlane, the team were able to successfully kill a huge chunk of RNG’s roster and finally took the Baron for themselves. Afterwards, KT were able to take most of RNG’s objectives, break into the base, and win the game.

The game was a lot closer than expected and the Baron play acted as a catalyst for victory, either team could have won in the end but KT were the ones to come out on top.

KT will now be looking for their second win of the tournament when the team come up against the LMS’ ahq e-sports club later on in the day. For RNG, however, their tournament might come to an abrupt end if Team WE can win both of their matches later today.