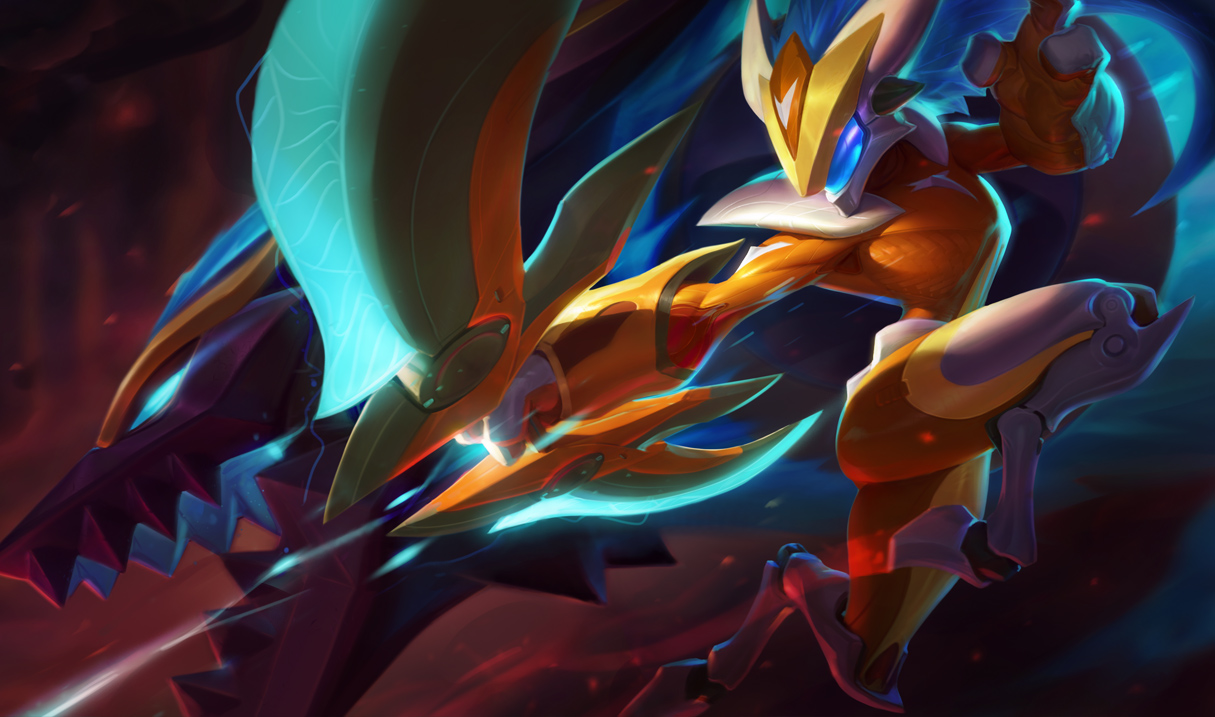 A big rework is coming Kindred’s way, and it’ll be very soon, according to Riot’s post on the official League of Legends forums late last night.

The Lamb and Wolf failed to meet their design fantasy and goals, and that’s likely why the rework is imminent. When they were designed, Riot’s wish was for them to be a viable substitute for a late-game ADC as a jungler, therefore removing the need for one in the bot lane, or at least presenting that option. They’re certainly a late-game champion, but they’re not an ADC. They are an on-hit ranged carry, just like Kayle, but less effective (and much less effective than Kog’Maw). Instead of building AD, they build attack speed items that add a little damage to each of their basic attacks.

We have some bad news for players that are fans of that Kindred. They won’t be on-hit carries anymore. Riot is reworking them soon to redirect back towards the original fantasy, rather than waiting four years like poor Aatrox. The main focus of the rework is to turn them into a true ADC-in-the-jungle. Their damaging abilities are being changed to scale highly from bonus AD, including their Q, W, and E. That means that if you build more AD, they’ll deal a lot of damage. Rather than items like Guinsoo’s Rageblade, Blade of the Ruined King, and the Bloodrazor jungle item, they’ll benefit from the likes of Essence Reaver, Infinity Edge, and the Warrior jungle item.

They will play like a caster ADC, much like Lucian, because their playstyle relies heavily on dancing around the battle with Q, which will also deal a ton of damage with those high AD items. The E, Mounting Dread, is getting a critical strike function as well, so they’ll synergize with critical-boosting items. With how often they use abilities, an Essence Reaver would be a great first buy. Likewise, the passive, Mark of the Kindred, will now enhance their abilities per stack rather than giving more on-hit damage.

There are drawbacks to this plan, however. If Riot wants them to only be a jungle ADC, that probably won’t be the case after this rework. With the high AD damage and insane mobility in their kit, they’ll work very well as a traditional ADC in bot lane. Rather than an ADC-in-the-jungle, they may instead shift to an ADC-that-can-also-jungle, much like Twitch. That’s not necessarily a bad thing, but it may also not fit Riot’s fantasy for them, which could lead to more changes in the future.

Kindred’s update should be going live on the PBE soon, according to Riot’s forum post, so if you’re a fan of the Lamb and the Wolf, you’ll need a PBE account to test them out.