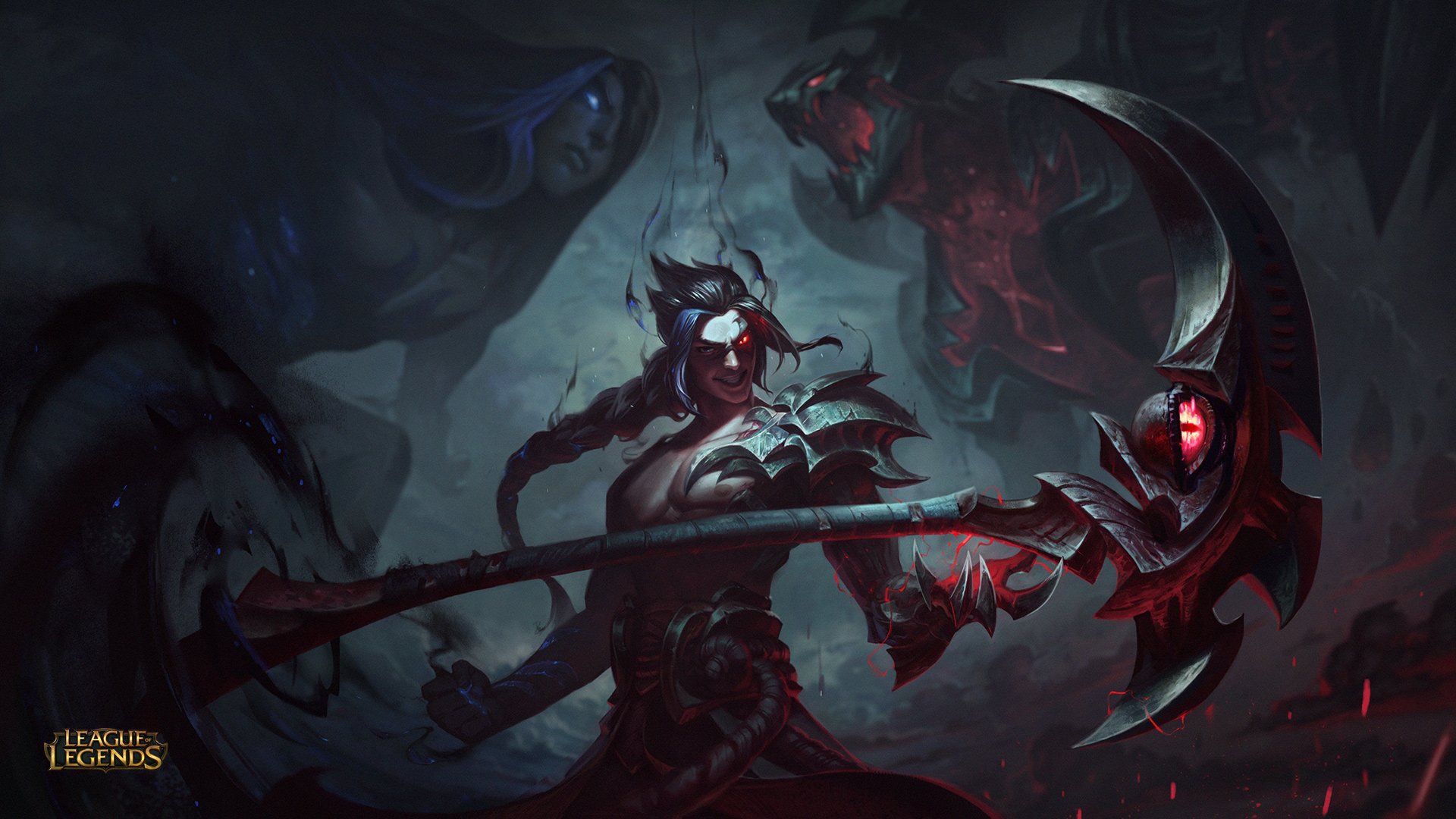 Kayn, League of Legends’ upcoming champion, is all set to be released with Patch 7.14, which could be as early as next week. With all his abilities on display on the PBE, his release skin, and his voice-over already revealed, the only thing missing was the sweet, sweet lore.

Related: The full details of Kayn’s attacks and abilities have finally been revealed.

For all those who love the stories and narratives of League, Kayn’s backstory and biography was released yesterday, and he’s just as badass as he looks. He’s also a little psychotic.

Where other warriors, rogues, and assassins use a myriad of tools, weapons, and armor to do their dirty work, Kayn uses something a little unconventional—fear. He believes that armor only slows you down, and that weapons like swords or knives are merely tools, and that he, himself, is the weapon. Out of all the tools that he could use, though, he uses fear more than any of them. In fact, he’s mastered fear, and he relies on it in combat like anyone would rely on their own weapon.

This is the kind of thinking that drives him to pursue a mission to acquire a living, possessed scythe—a scythe with a darkin living and thriving inside, waiting for someone strong enough to pick it up so that the darkin can take control. Where other mortals would destroy the scythe to eliminate the possibility of another Aatrox running around trying to destroy the world, Kayn wanted it for his own power. After all, it’s only a tool, even if it’s possessed by a demon. And who better to wield it?

Kayn has been mutilating and murdering ever since he was a child soldier in the Noxian army. You see, Noxus trains youngsters to fight in smaller skirmishes and at the vanguard, because they know their enemies hesitate to strike down children. Kayn was one of those children, and one day, when he was cutting down rows of Ionians with nothing but a farmer’s sickle for the Noxian army, Zed found him and welcomed him into the ranks of the Order of Shadow. For Zed to put such stock in a foreign child, obviously the child had the kind of murderous fire that only comes along once in a great while, and that made him special.

To Kayn, he was more than special. He holds great respect (almost too much respect) for his master, Zed, but one day he expects to surpass even him in power. The darkin scythe was the perfect stepping stone to that higher power, so Kayn jumped at it. When he stole the scythe from the caravan that was charged with moving it, he walked into walls using shadow magic, and shifted through the darkness, cutting down one guard at a time. All the while, he preached of how magnificently crippling the fear was that his victims experienced in their final moments.

He reached the scythe, and Rhaast, the darkin, had finally found someone worthy. The thing is, though, Rhaast wasn’t just looking for a worthy wielder for the scythe—he was looking for a worthy host for him to take control of and wreak havoc on the world. That’s where Kayn is today, and that’s where we’ll meet him on the Rift. Kayn’s gameplay is a constant struggle between Kayn realizing his potential to be a master shadow assassin, and Rhaast slowly corrupting him to take hold of his wielder’s strong body.

Riot’s story of Kayn was perfect for helping us understand who Kayn was before Rhaast entered the picture, and more importantly, why he was insane enough to pick up the scythe to begin with.