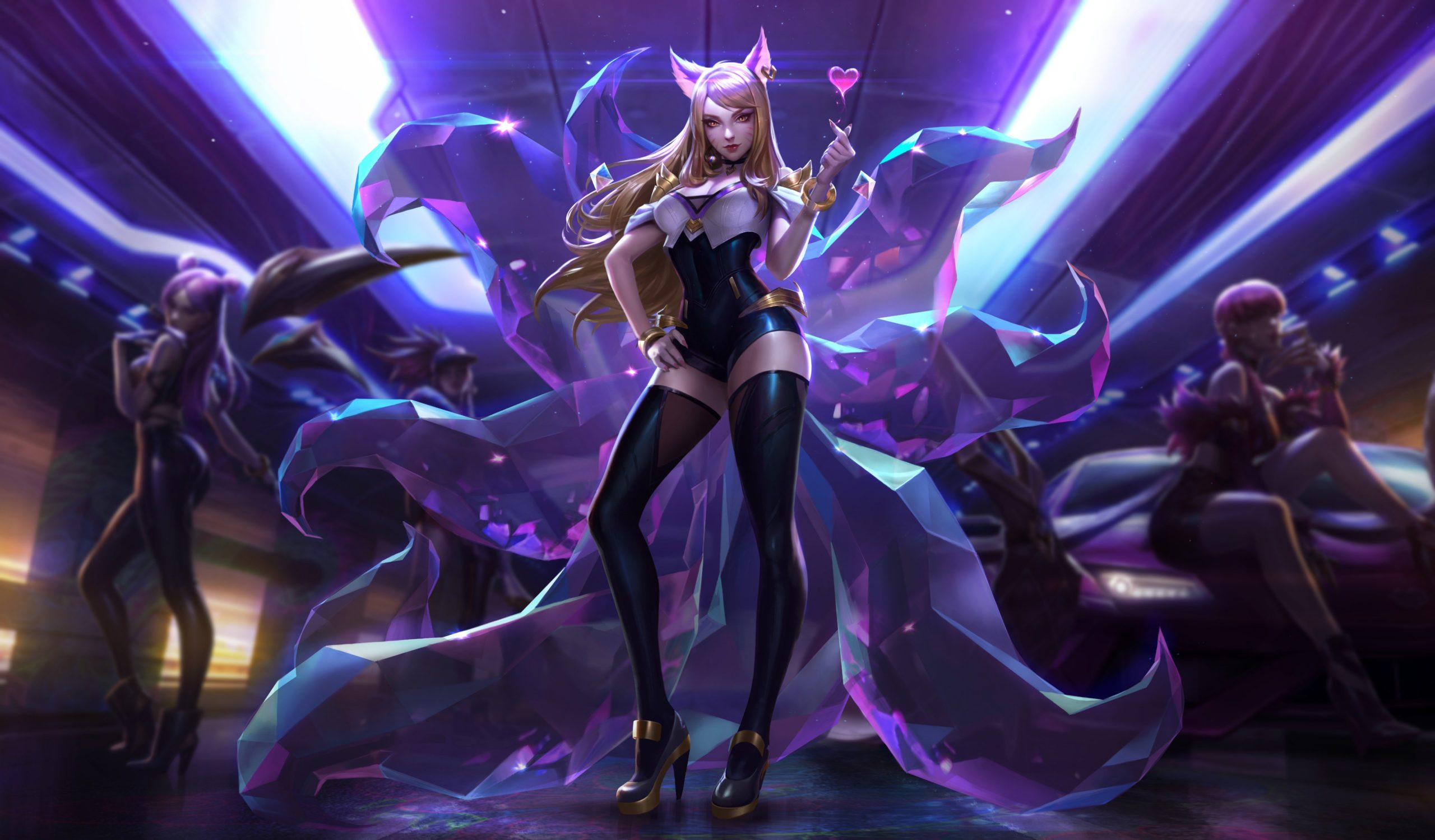 The final issue of K/DA’s webcomic features the group’s founder, leader, and lead vocalist Ahri in her pursuit to make her voice truly heard.

The comic delves into Ahri’s backstory from a time before she created K/DA where she was working on music—but not music that she was proud of—all the way through to a more recent time where she is helping to shape the sound of K/DA’s upcoming EP, much more to the tune of her own vision.

Throughout the comic, there are a few particular panels that stand out to Leagu of Legends fans. In some of the earlier portions of the comic, Ahri can be seen donning attire that matches her Popstar skin. This confirms that her Popstar and K/DA skins are from the same universe.

The comic explains that Ahri had a semi-successful solo career well before the inception of her band K/DA and that the Popstar skin is a performance costume from that early era of her career.

Of much more important note, however, is the final few panels of the comic in which Ahri is seen helping coach Seraphine through a particularly rocky recording session. After some encouragement from Ahri, the shy Seraphine sings a few lines in the recording booth that could end up being lyrics from their upcoming collaboration. She sings, “way out…feeling like an ocean on a wave…now.”

K/DA’s newest EP titled ALL OUT will feature a handful of tracks and is slated for release on Nov. 6.

Stay tuned to K/DA’s social channels to find out more information about the virtual group’s comeback, as well as the upcoming League Worlds tournament for the debut of the group’s next single featuring Seraphine.