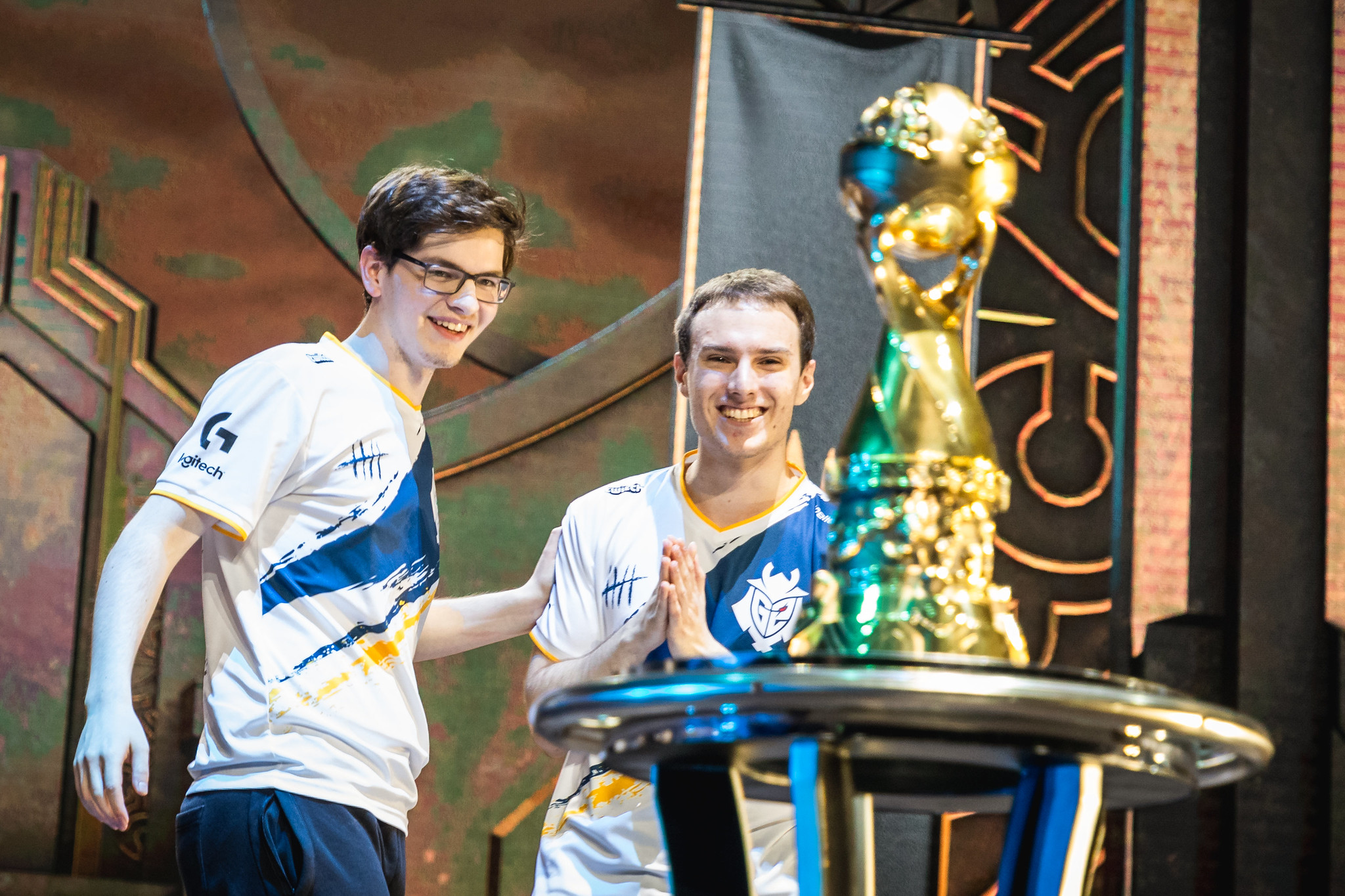 G2 Esports will be riding high for a long time after claiming their first international trophy in history today at MSI and Europe’s second in nine years. The team took plenty of risks in picking up Fnatic’s mid laner Rasmus “Caps” Winther and moving Luka “Perkz” Perković to the bot lane, but their off-kilter move paid off in the biggest way possible.

One thing that G2 will need to look at now is translating their MSI success to Worlds 2019. It’s not like the European organization burst onto the scene randomly—they’ve won five European domestic titles and were semifinalists at Worlds 2018. Transitioning to Worlds 2019 shouldn’t be difficult for them, but five months is a long time.

In fact, G2 shouldn’t need to do much to prepare for Worlds this year. While teams are always looking at improving at the game in its current state, G2 seemingly have an attitude outside the game where they can grasp the meta well before any other squad. Their read of the game is world-class and their innovation around that was a key part of their success at MSI.

G2’s roster is already exceptional. Martin “Wunder” Hansen is an incredibly flexible top laner who can play tanks and carries alike, and he’s strongly supported by jungler Marcin “Jankos” Jankowski. In the bot lane, Mihael “Mikyx” Mehle proved his skill as a support this year by taking Perkz under his wing and transforming him into an elite bot laner. Caps is the wonder kid who’s burst onto the scene and slain giants in just a few short years.

Changing players will upset the team dynamic that’s been painstakingly built over the last few months, and ultimately succeeded the first time around. Even though they aren’t the best in their respective roles, they have the teamwork to make it click.

G2 know their strengths and it’s not traditional League of Legends. Throughout MSI, G2 played unconventionally, from Syndra bot to Pyke top and many other picks in between. Looking back at their LEC campaign, they managed to make funnel comps work in the newer meta, played Karthus in the jungle to a high standard, and brought out niche pocket picks that made it impossible to just “counter” G2.

On top of that, G2 are incredibly aggressive in game. They constantly look to skirmish, while playing smartly around vision to always have the tide of the fight in their favor. Once they blow the enemy’s summoner spells, they keep the pressure up until the hunt finally returns a reward. G2 generate that pressure all across the map, leaving the enemy jungler squandering for a lane to support while Jankos picks apart the Rift.

It’s not just Jankos who keeps the tempo high and the pressure up, though. Wunder, Caps, and Mikyx are always looking for roams to push their advantage in another lane, and even Perkz might teleport to a fight well before their enemies can retaliate. They hunt in a pack, they hunt often, and they hunt until they draw blood. No team could keep up or crack the G2 style of play.

If G2 want to carry their MSI highs into Worlds and prove that it wasn’t just a once-off occurrence, they need to keep playing ahead of the curve. There’s a brilliant dynamic that’s made this roster click, and if they can keep all their opponents guessing, there’s a great chance they’ll make that Worlds final in Paris.