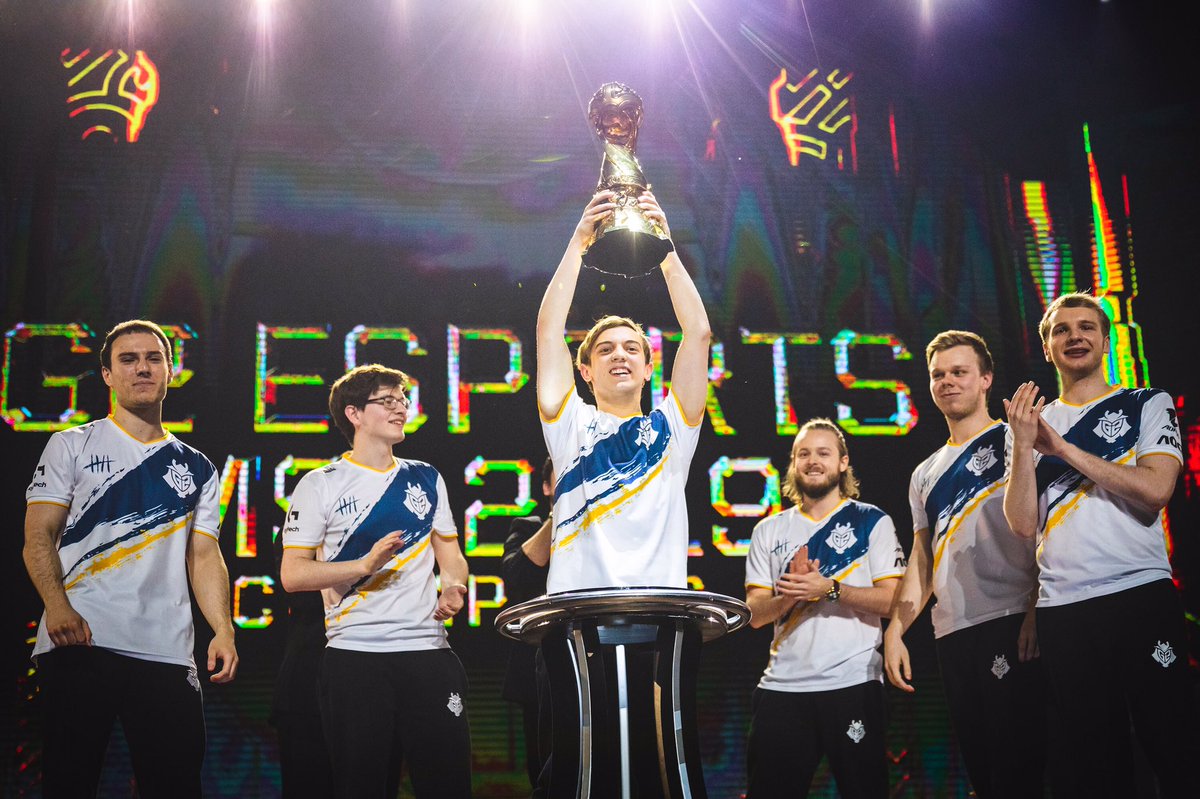 After falling short of a grand finals birth at Worlds 2018, G2 Esports’ innovative style of play led them to Europe’s first major international title since 2011.

In one of the most hyped games in League history, North America’s hopefuls crumbled under the pressure of their first international final since 2016. After surprising the world by taking down world champions Invictus Gaming with proactive plays and aggression, Liquid looked like a shell of their former selves against the European squad.

G2 took the battle to Liquid from the start, forcing skirmishes in the river before minions spawned in game one. Mihael “Mikyx” Mehle managed to draw out Jo “CoreJJ” Yong-in’s flash early and Marcin “Jankos” Jankowski took full advantage of it, ganking bot three times in seven minutes.

G2 never gave Liquid a chance to breathe and constantly looked to press their advantage. They ran away with game one without giving Liquid an inch in a 25-minute bloodbath.

Liquid didn’t fall over as easily in game two, holding an early game advantage on G2 thanks to Jeong “Impact” Eon-yeong’s Kennen. But Rasmus “Caps” Winther demonstrated why he’s considered the best mid laner in the West, tearing through Liquid’s backline on Sylas in the mid game.

Once Liquid gave G2 a window back into the game, they seized it, acing Liquid in a fight at 24 minutes and claiming a Baron off the back of it. G2 never took their foot off Liquid’s throat and ended the North American team’s misery in game two in 28 minutes.

With their backs against the wall, Liquid had to pull off a miracle to work their way back into the series. They reverse swept TSM to get to MSI, so if anyone could claw themselves out of a deep hole, it was Liquid.

They reverted back to their tried-and-true late game teamfight orientated composition. The hopes of North America rested on getting Yiliang “Doublelift” Peng’s Kai’Sa to the late game, along with Impact’s Vladimir. G2 looked to take the teamfight to Liquid, though, with Martin “Wunder” Hansen on Neeko and another Xayah-Rakan duo.

But things started off poorly for Liquid. Another aggressive level one invade on Xmithie’s top side forced him to use flash, while a level two gank in the bot lane baited out both of Doublelift’s summoner spells. With the constant engages, one was bound to lead to first blood, and it fell in G2’s favor as they shut down Doublelift.

Jankos kept the unrelenting pressure up after finding the early kill on Doublelift, keeping not just bot lane ahead but all three lanes. In an MVP-winning performance, Caps dove onto Nicolaj Jensen in the mid lane, picking up the Syndra as well as Xmithie in an excellent one-vs-two.

G2 were everywhere on the map and Liquid couldn’t keep up. As the advantages snowballed, Liquid’s chances of a comeback dwindled. G2 had a 6,000 gold lead at 12 minutes and there was nothing Liquid could do to get back into the game.

Wunder landed a three-man Tangle-Barbs to snuff out the light for Liquid in 17 minutes, completing the fastest final in international history. Europe are on top once again.

After falling short last year at Worlds, G2 could claim the mantle for themselves once and for all. And they’ll relish in the fact that they’ve won an international event in the face of their biggest rivals—North America.