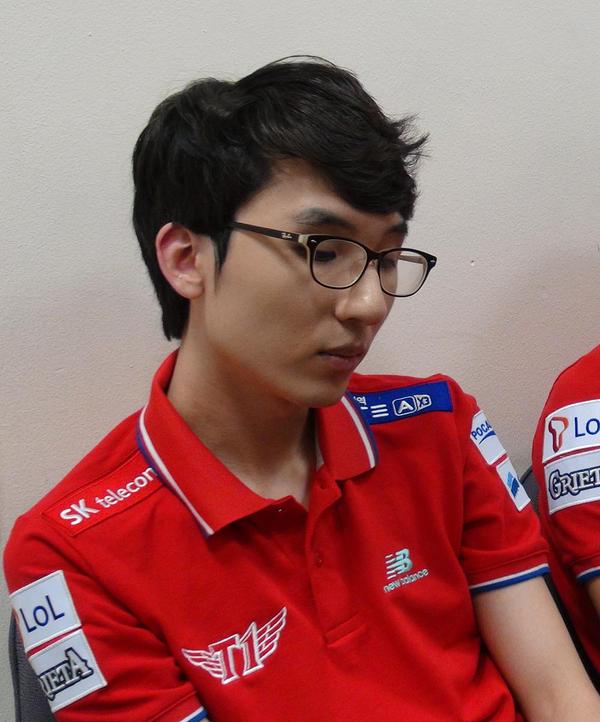 With the mass exodus of Korean players from the champions league, Easyhoon might be the best mid laner left in Korean League of Legends this season.   A quick glance at his dominant performances and stratospheric stats suggests that this shouldn’t be a hugely controversial assertion, and indeed it wouldn’t be except for one big fact: he shares the league with Faker, the biggest name in League of Legends and the legendary midlane powerhouse of the 2013 world championships. In fact, Easyhoon and Faker don’t just share a league, they’re on the same team (SKT). And that’s the problem.

The two mid laners have been splitting time on the rift since the preseason, switching off between every game.  In their first match of the season, SKT dropped a game to Najin e-mFire. After a poor performance on Xerath from Faker, Easyhoon was swapped in.  His Xerath went 6-0-8 in a convincing win over the Najin team.  Faker would eventually come back in and lead SKT to win the third game and the match.

Easyhoon always comes out of lane even or better, consistently delivers hyper-carry levels of damage, and has been a major factor in every game he’s played.  He boasts the highest KDA among mid laners in Korea – in fact he has the highest KDA of any player in Korea (not counting Piccaboo, a sub who played only two games for SKT).

This season, he’s already shown growth in his champion pool, not yet having gone back to his infamously farm-heavy Ziggs or Orianna.  He’s even begun showing his playmaking potential – Easyhoon is tied for fourth in the league in MVP points with fewer than half as many games played as his peers.

Easyhoon might be the best, if only Faker would get out of his way.

The world champion mid laner Lee “Faker” Sang-hyeok is the most recognized name in League of Legends.  We know him for his flashy plays, his impossibly deep champion pool, and his clutch performances.  OMG’s Cool, arguably the best mid laner in China at the time, gave him the name “unkillable demon king” during Faker’s dominant worlds appearance in 2013.

That was a long time ago.  Faker’s KDA of 3.20 in the start of the 2015 season puts him among the bottom three mid laners in Korea, ahead of only Nagne and Bliss, who are the mids for the last place teams in Korea.  While KDA’s don’t tell the whole story, that Easyhoon managed a KDA of 11.00 against the same opponents is pretty damning.

Before the end of the two-team system in Korea, Easyhoon was definitely a star on the rise.  Every season of Champions had Easyhoon leading the SKT S roster to greater heights, with their last Champions season ending in the semi-finals with a narrow loss to the eventual Summer champions, the KT Arrows.

Faker, on the other hand, was desperately trying to hold together a crumbling SKT K squad that was finding it harder to compete with the Samsung teams, the Arrows, and even their sister team S.

Despite the disparity in their current level of play, Easyhoon will continue to be denied the time on the rift he deserves in this season of Champions.  Worse yet, people will wonder why he gets to play at all.  “Where’s Faker?” they’ll ask.  Faker hasn’t been Faker for 2 seasons, and with Faker’s best days behind him, SKT should let Easyhoon lead the charge if they ever hope to reclaim their spot at the top.  Easyhoon is no Faker, and considering their performances so far this season, he wouldn’t want to be.