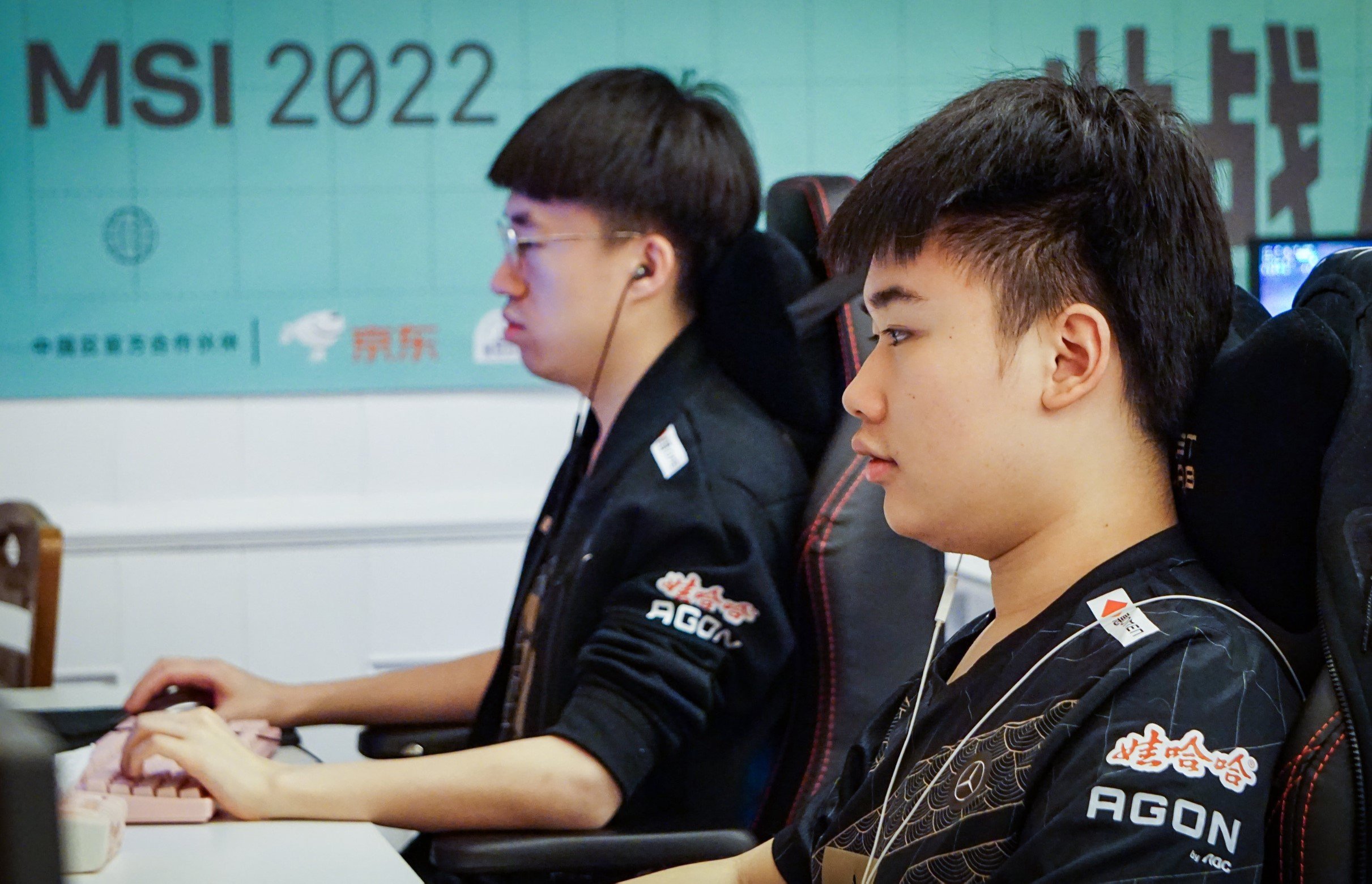 Royal Never Give Up technically won their first game of the 2022 League of Legends Mid-Season Invitational today against the TCL’s Istanbul Wildcats. The team had won three games in convincing fashion over the last three days, but those wins were erased prior to today’s competition after Riot Games discovered a “discrepancy in latency” during RNG’s three victories. RNG have been participating in MSI 2022 remotely due to “pandemic-related travel restrictions and constraints,” according to Riot.

Ahead of today’s games, RNG were placed back at the starting block, as their record was wiped clean and reset to 0-0. With this initial win over Istanbul Wildcats, though, the LPL champions are back on the board.

Today’s victory over Istanbul was facilitated mainly through AD carry GALA, who was a major factor in RNG’s three now-void wins. In today’s game, GALA earned three kills in the first six minutes of the game and was off to the races from there. The MSI 2021 MVP wound up with an impressive final scoreline of 8/3/12 in today’s game. Additionally, the 40 combined kills by both teams were the most of any game at MSI thus far, according to League stats site Games of Legends.

Because the rest of the three teams in Group B were affected by the wiping of RNG’s record, RED Canids, Istanbul Wildcats, and PSG Talon all entered into the day in a three-way tie for first with even records of 1-1, seeing their losses to the Chinese representatives removed altogether. The entire group will play the remainder of its regularly scheduled games today.

RNG will play two more games today against PSG and RED Canids. The make-up games that were erased from the first round robin will all be replayed tomorrow following the scheduled games between teams from Group C. By then, RNG will have caught up to where they were prior to the ping-related snafu.