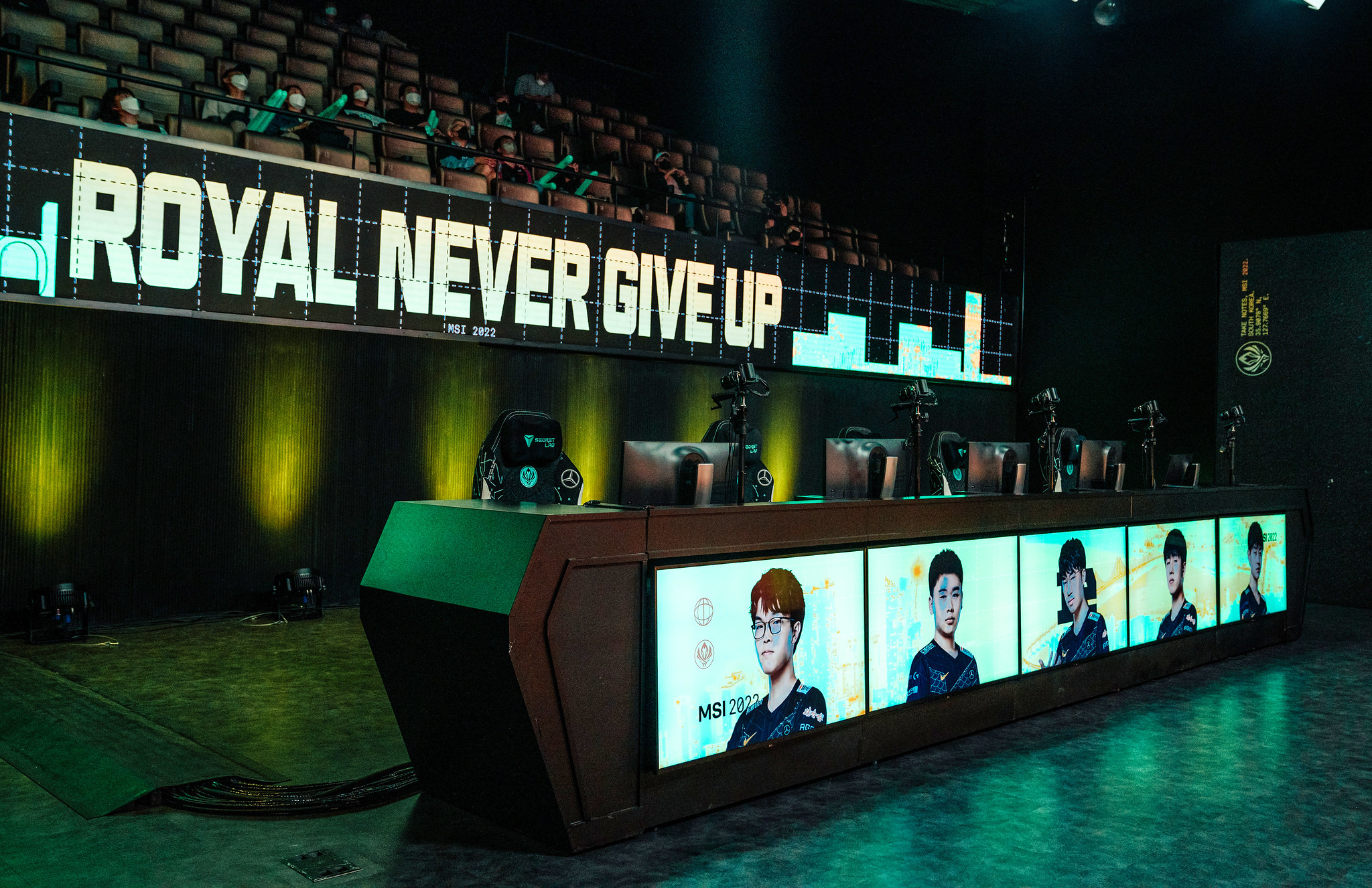 After several complaints were raised regarding the current ping issues at the 2022 League of Legends Mid-Season Invitational, Riot Games has revealed it will be holding three replacement matches involving China’s champions Royal Never Give Up.

Before the tournament, it was confirmed RNG would have to compete in the tournament remotely due to COVID-19 restrictions. To maintain competitive integrity, LoL Esports officials announced a special network latency tool would be used to keep the ping between China and Korea at or near 35 milliseconds as a way to keep the playing field even for all teams involved.

Following day three, however, Riot held technical evaluations to test out the competitive and training environments the players were experiencing. Discrepancies were discovered between the ping being reported in game logs, compared to what was actually being played on at the Busan Esports Arena.

Multiple pros have already complained about the ping issues on stage, claiming the latency was worse than the artificial 35 ping they were initially promised. For example, Evil Geniuses’ support Vulcan confirmed the ping felt “unstable” on stage, while AD carry Danny said the increased latency affected micro-dependent champions.

As a result, Riot has made some significant “configuration changes” to reduce ping to where it was supposed to be set. Meanwhile, the three Royal Never Give Up replacement games will be held starting tomorrow and should finish alongside the other group stage matches this coming Sunday.

There is still plenty of competition left at MSI. The rest of groups runs until May 15.