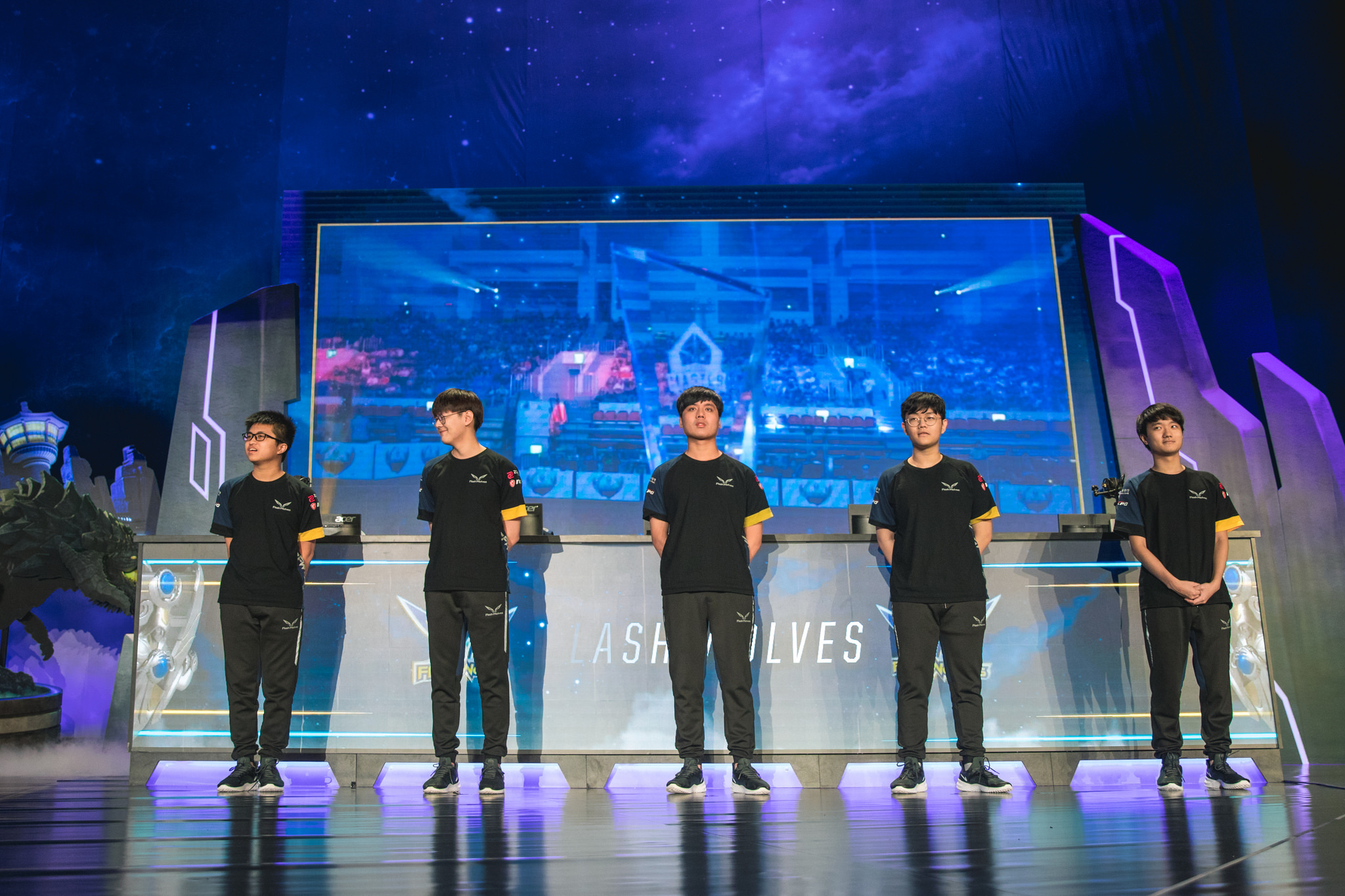 Flash Wolves’ reign as the undisputed king of the LMS may be at risk as its players begin negotiations with other teams.

In a Facebook post earlier today, Flash Wolves gave an update on its players and coaching staff. Flash Wolves coaches Chen “WarHorse” Ju-Chih and Chen “REFRA1N” Kuan-Ting have parted ways with the team, while top laner Yu “MMD” Li-Hong has decided to retire from professional play in order to focus on his streaming career. In WarHorse and REFRA1N’s stead, Flash Wolves substitute jungler Chen “Morning” Kuan-Ting has transitioned into a coaching position.

The most likely destination for Moojin, Maple, and SwordArt is China’s LPL, especially considering that both Maple and SwordArt are fluent in Mandarin. But with the West’s proclivity for Eastern imports, it’s possible that an NA or EU LCS team has reached out to these players. Since Moojin is a Korean import, there’s also a chance that the jungler joins the LCK next year.

If Moojin, Maple, and SwordArt leave for the LPL next year, they’d be following in the footsteps of former Flash Wolves jungler Hung “Karsa” Hau-Hsuan, who left Flash Wolves in 2018 to join Royal Never Give Up. Following Karsa’s arrival, RNG went on to win two consecutive LPL seasonal splits, as well as the 2018 Mid Season Invitational.

As the most dominant team to play in the LMS, Flash Wolves earned their first domestic title in the 2016 Spring Split. Since then, Flash Wolves have remained the champions of Taiwan, winning six consecutive LMS titles.

It’s unknown at this time if AD carry Lu “Betty” Yu-Hung has once again signed with Flash Wolves for the upcoming 2019 season.