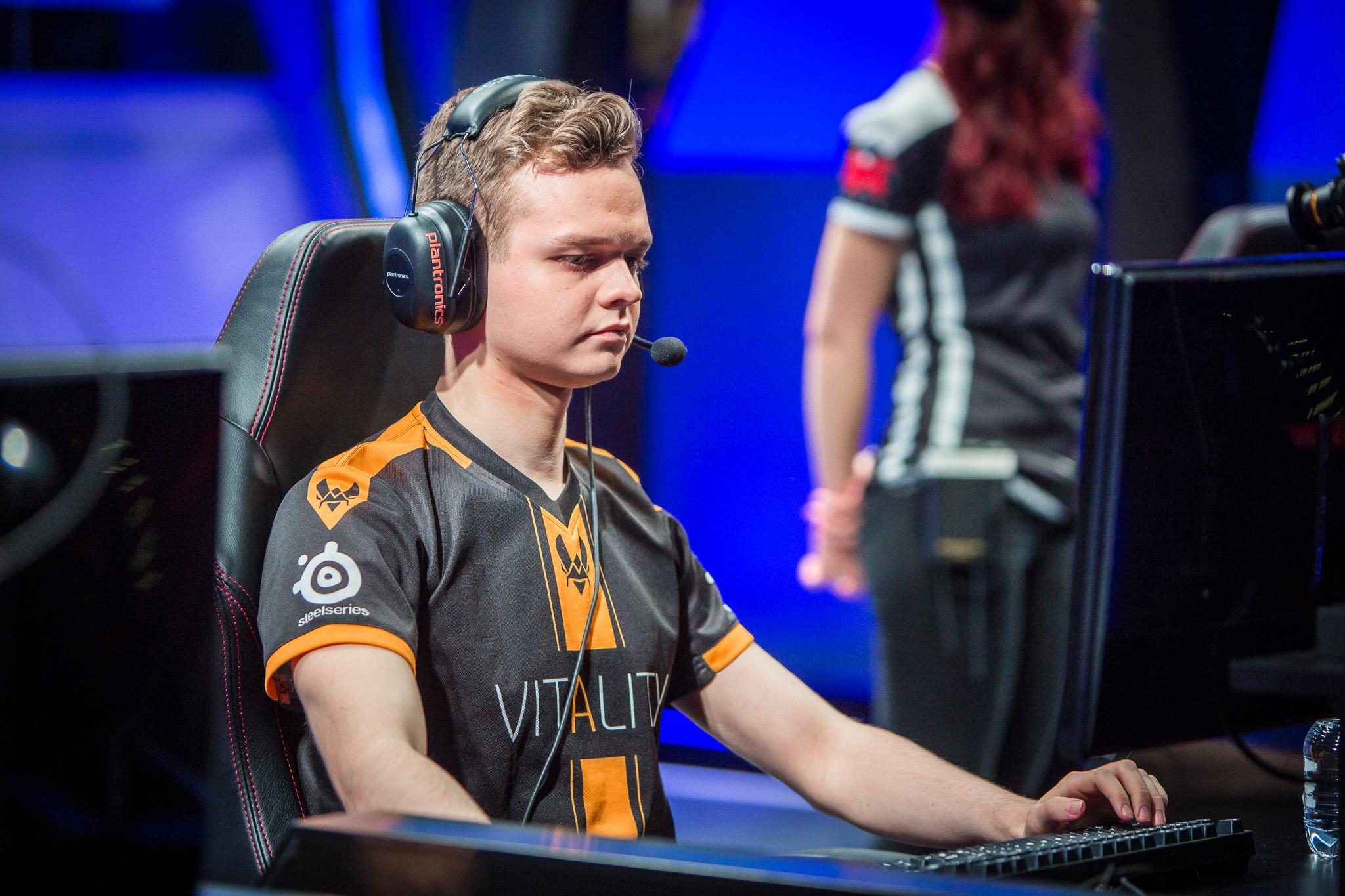 Week 7 of the European League of Legends Championship Series is almost here and the top of the table is overflowing with teams tied for first place in the league. H2k-Gaming (H2K), Gamers2 (G2) and even Team Vitality (VIT) are all tied up with a score of 9-3 with Unicorns of Love (UOL) following close behind with only one less win at 8-4. Which player will step up this week and pull their team ahead of the pack? Let’s take a look at the ” Players to Watch” this week.

Shook has thus far not been very impressive this season. However, Vitality picked up their first 2-0 week of the season due in no small part to the veteran jungler, stepping up for his team with two stand-out performances. In the first game of the week we saw him pick up Nidalee and deal massive damage in team fights to help his team pick up the win against H2K. Shook managed to be a part of 9 of his team’s 12 total kills, giving him a 75% kill participation and a final score of 0/1/9. In the second game of the week Vitality faced off against Unicorns of Love and managed to take home a victory off another very highly placed team. During this game Shook managed to maintain a deathless score of 4/0/11 on his Lee Sin all while completely snowballing his team.

In week 7, Team Vitality will be facing off against Giants Gaming (GIA) and Elements (EL). Both teams have thus far been struggling in the LCS, and even with GIA on the rise, they should not be hard opponents for a team like Vitality. This gives Shook the opportunity to show his talent and maintain his strong jungle performance.

While ROCCAT (ROC) has been struggling this season with only 2 wins so far, Betsy has still managed to be a stand out performer. In week 6 ROCCAT was able to break their losing streak with a victory over Splyce (SPY). In this game Betsy had an impressive performance with a 10/2/4 score and the highest CS at the end of the game. With the team starting to look better each day, and consistent performances from Betsy, it is very possible that ROC could pick up a win off the struggling Unicorns or Fnatic this week.

After 6 weeks of the EU LCS, Origen (OG) is still struggling to find their footing. While the team has maintained a solid mid-table performance, they have been struggling when it comes to playing against the stronger teams in the region. If OG wants to start picking up more wins then they need a veteran player like Amazing to start making more decisive shot calls and decisions similar to when xPeke played for the team last season. While Amazing’s performance has not been bad this year, the lack of team synergy and communication is very obvious and it’s up to him to fix this issue.

Their first match against Splyce should be fairly easy as Origen look much more organized in their play around the map. However, the second match against Gamers2 will be the real test for the former Team SoloMid (TSM) jungler.

Feel free to share your opinion on this weeks picks for ” Players to Watch” and make sure to follow us at eSports Guru for all your League of Legends and general eSports needs!