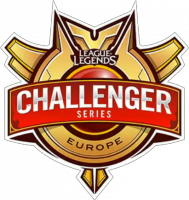 With the induction of Giants and H2K into the LCS, the Challenger series has been shaken up also, with the addition of newly formed super teams and long standing veterans seeded after the ladder lock; this article will shed some light on who we may be seeing in the summer and what they are all about.

The most obvious one to start with would be Origen, the team was formed after mid laner Xpeke left Fnatic to form his own brand, with Amazing joining after his tenure at TSM. The bot lane consists of Former Lemondogs/NIP support Mithy and up and coming AD talent Zvanillan. With Soaz to play top lane after leaving Fnatic himself.

They have been destroying the ranked 5’s ladder including many teams that they will likely come against in the upcoming challenger series; such as Team Nevo and Gamers 2. Sporting an immense 70/6 win/loss ratio at the time of this article.

This team is crammed with talent, with four out of the 5 players having extensive LCS experience under their belt and widely considered to have a straight shot into the LCS; but we have all heard that before so nothing is certain until they are sitting pretty.

With all that being said, most of us would have seen the experienced players on the team playing LCS splits, so my player to watch for Origen is Zvanliilan, who impressed both on the ranked ladder and during his spell with SK Gaming Prime. Trust me, with some experience and coaching; the guy will become a monster.

The makeup of the team sees players that many believe should of already been in the LCS a while, Jwaow was associated with potentially joining the Alliance super team during it’s conception (now Elements) and Kou also was part of an NIP team that really should have delivered more results than they were able. These two are joined by former SHC player Kasing, who apart from Ocelote, is the only other player with true to form LCS experience; and relatively underrated yuuki60.

This team is no stranger to the challenger scene, owned by former SK Gaming mid laner Ocelote. They have tried their hand twice and were beaten back both times despite their very stacked roster, which by all means should succeed. You may notice a lack of Ocelote in the starting line-up, this is because he has removed himself to manage full time and brought in competitive rookie mid laner Perkz in an attempt to shake things up.

Yuuki60 may seem a strange pick as he is never getting any major highlights and doesn’t carry the same flashy pedigree of some of his teammates, who have been in or around the LCS spots for a long time. Make no mistake Yuuki60 shells out performances and has pulled some stellar performances and KDA even against the mighty Origen.

This team features a multitude of players who featured in last year’s challenger series, some of which you may recognise, Gilius featured for the Unicorns of Love and more recently the Meloncats. Whereas SmittyJ was a long term member for SKP. These are joined by Jebus, Eika and Hiiva, the latter of which is the only other one to really feature in the competitive scene.

Nevo will be hoping that the group of players they have acquired will have enough about them to see off a multitude of impressive teams and hope the team cohesion is good enough that team play won’t hamper their performance against more established teams.

Eika’s champion pool extends to all the current Meta picks including Ahri, Zed and Orianna, but also features potential pocket picks Kayle and Yasuo, who we haven’t seen in a while, this offers his team a few options to explore should they want to switch it up a bit. Eika will play a crucial role in ensuring Gilius is protected from invades so he can make an impact on champions such as his favoured Elise pick.

These guys are worth a mention, although not a great deal has been confirmed yet, at one point it was mentioned by HowSpiffing on liquidlegends.net that

However current support player Mountain has said that they are holding try-outs for the team, but who is trying out and for which positions are currently unknown. It could be an extensive overall but I wouldn’t think they would change too much seeing as they finished in a respectable position in last season’s challenger series.

I can’t see this guy leaving any time soon, played to a high standard in most of their matches last series and will be someone to look out for should he feature again this year.

SKP is in much the same scenario as N!Faculty and haven’t confirmed their roster as of this time.

Much like Gamers 2, Sparta have been around for a fair amount of time, you may recognise Nono from his time at Against All Authority, the roster is exactly the same as the previous year apart from a change in the mid lane. Long time pro and also former AAA mid laner Shlaya has been replaced by Istari.

Team cohesion won’t be a problem for these guys like it could be for most other teams, the team is not only established but also all from France including new boy Istari, this will allow them to all speak their first language which can only contribute to the prospects of this team. Sparta will hope that with the challenger series thinned out that this year they can compete for those elusive top 3 spots.

Istari joining Sparta was not really covered by the community, sitting at Diamond 2. However he has very impressive win rates on both Twisted Fate and also Fizz, who Istari boasts a 73% win ratio in ranked play, which is nothing to scoff at.

Istari is also very capable on the more standard mid champions like Orianna so it will be interesting to see the impact this fresh face will have on Sparta.

All that is left now is to cover the two major threats from EUNE, the first of which is Different Dimension, Forg1ven fans will remember this as the team he went to between his spells in the LCS with Copenhagen Wolves and now SK Gaming.

The team has shuffled round since their last appearance with Dom1nant moving from ADC to the mid lane replacing Magebane, and CidRaynes moves into the vacant ADC role left by Dom1nant.

The team heavily relied on Dom1nant’s carry potential from the ADC role last series, so how they will transition with him mid and a new ADC player will be interesting to see. Hopefully they will rely less on Dom1nant as he can be shut down and then DD of old had no fangs left to bear. It is up to CidRaynes and Warrior lady to take some of the burden off of their star player.

Surprise! Dom1nant is probably one of the best players in EUNE right now, he was tutored by Forg1ven himself and if his performances last year are anything to go by he will have a very solid showing in the challenger series this year.

Tricked Esports have been the highest ranking team in EUNE for a very long time, with former Eternity players Mowarth and Tiridus forming the core of the team. They are complemented by Danish top laner Homer and the bot lane combination of Sa1na and Niko3333. Former top laner Mikey R has taken a back seat and joined quite a large backroom staff as the manager of the team.

Tricked will be looking to use their experience as a team and the guidance from their backroom staff to try and push being established into a serious contender for the promotion spots. But they will have one hell of a journey if they want to do that.

Tricked Esports will be looking to this veteran jungler to back his team up and help set up and create plays for his team, as there is no standout ace player in this roster team play is going to be important if they are to match the raw talent and co-ordination of their main rivals.

The spring series promises to be exciting, despite Origen looking to be clear favourites the final two spots look all to play for, this is seemingly the most level playing field in challenger series to date and will surely deliver some exciting games. Hopefully this will help break down the series and give you an idea of what to look out for.