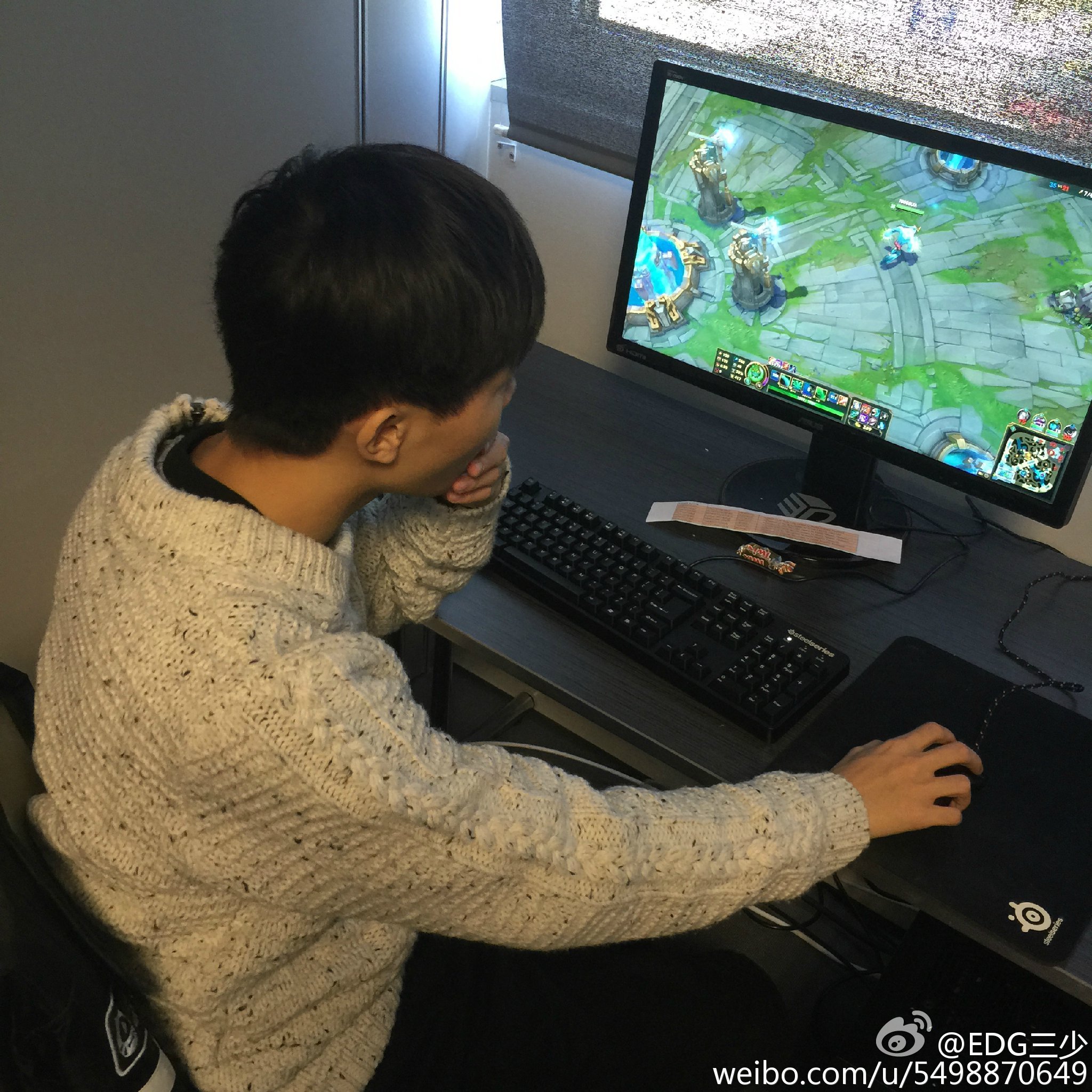 On the topic of my last diary post, I received a lot of positive comments about my analysis on groups and the meta so far. Soon we will start the second half of Group Stages. In a day and a half, we will find out our fate for Quarters. From the moment we arrived in Paris, every team received a detailed itinerary which specified the plan for every day of our stay: matches, scrims, individual/group interviews, and filming. On the last page of the itinerary there was a sentence: “You will either receive the itinerary for the next leg of the tournament or go home”. Of course this was written in English but I’m translating it into Chinese so you guys can easily read it.

Honestly, I didn’t wan’t to bring up this topic but the fact is that it’s been bothering us. Every day, there’s countless analysis, begging, abuse, and suggestions telling us that Koro needs to start in order for us to win. You guys have your reasons, and we understand. I especially took the time to read pretty much all the articles, Weibo comments, private messages, posts on our app (Android and Apple users can search “EDG???” in the app store to download and participate in our daily prize draws) regarding Koro and AJ’s differences, positives and negatives, strengths and weaknesses, body shape, character, and even their backgrounds, family, history, and pretty much everything you can think of. Don’t worry, even though I said “Koro is mine”, I will share him with you guys. He’s a talented player who we’ve nurtured from back when the team was still starting until now. At this moment I can confirm that we have no personal, managerial, salary, bonus, contractual, technical, housing, bedding, food, air-conditioning, table, chair, carpet, towel, toothbrush-related etc. issues with him. AmazingJ is a new player who arrived from the Hong Kong Special Administrative Region. In terms of his experience, looks, speech, hairstyle, skin, smile, eyes, mouth, face, profile, running, jumping, walking, standing, turning etc. he is still lacking compared to Koro. No matter how we do at Worlds, neither Koro nor Clearlove are going to retire. Therefore, please give those two a little time so they can learn from one another and grow while engaging in healthy competition for a starting spot. Also, please trust us. As the three-times LPL and Demacia cup champions who recently won the Mid-season Invitational, our backroom staff knows what they’re doing. Everyone at the club wants to win.

Okay, enough about that. Let’s return to what I said last time about the strengths of the Western teams. The current ability of the West has thrown a lot of the regions into disarray. It’s as if in a soccer tournament, Brazil starts to use long-balls, England plays tiki-taka, Germany picks up total football, and China actually figures out how to organise itself. Everyones confused. All the coaches and analysts, during their breaks and when they meet up for lunch or drinks are all complaining about it. These days those physically or mentally collapsed players and clubs can be found everywhere. Paris this week, in every scenic location, delicious restaurant, old streets/towns, plain and mountain, river and ocean, you can find E-sports players touring the city. Some are shopping, trying out the local cuisine, and taking photos, while others are boating, climbing the Notre Dame, or buying gifts for family.

Soon we will begin the second leg of the Group Stages. Under the current chaotic situation, if you were to ask me to pick a runner up for Worlds I’d choose KT. If you wanted me to pick the winner I’d choose OG. If you consider that, LGD’s done as expected so far. However, during breaks, we’re all giving them encouragement. Hopefully they can create a miracle in the last minute and win their first game! Uh… Achieve victory! Make it out of Groups!

While I was skimming through posts about Koro, I also read the posts about the hot topic recently. Regarding your dissatisfaction with LGD, I’ve already told them face-to-face in a clear and straightforward way. They’re very well aware of your views and attitude towards them right now. I’ve also recommended that they take an alternate route when they swim home incase they get jumped half-way. Hopefully in the days to come everyone can put more effort into watching the games and let them work in peace. Who knows, maybe they can pull off a miracle!

Also, rumours are circulating that if LPL performs poorly this year, Season 6 will eliminate one of the LPL spots and grant it to the region that wins MSI (Unconfirmed). Therefore, lets give them a chance!

To the viewers, the games are about to begin. Are you nervous? I’m not nervous at all since I don’t have any time to be. I’m busy everyday with training, adjustments, meetings, and writing the diary. The matches to come will definitely be even more exciting and fun to watch. Please give all the warriors here at Worlds your cheers and support. Even though some of them have not been performing, even though some of them are not from China, they’ve spent a years worth of hard work and dedication to prove that they deserve to represent all the fans and players in China who love League of Legends. EDG has not forgotten this and I’m sure the rest of them remember too. I’ll say it again, If you have the time and ability, we’d love for you to come and cheer us on in person. If you don’t have the ability or time, we hope that you can support us while watching the stream. Even if you can’t watch the broadcast, we hope that when you hear the news of our victory, that your heart will scream: “We did it!”

It’s okay to not like something, but please don’t hurt it.