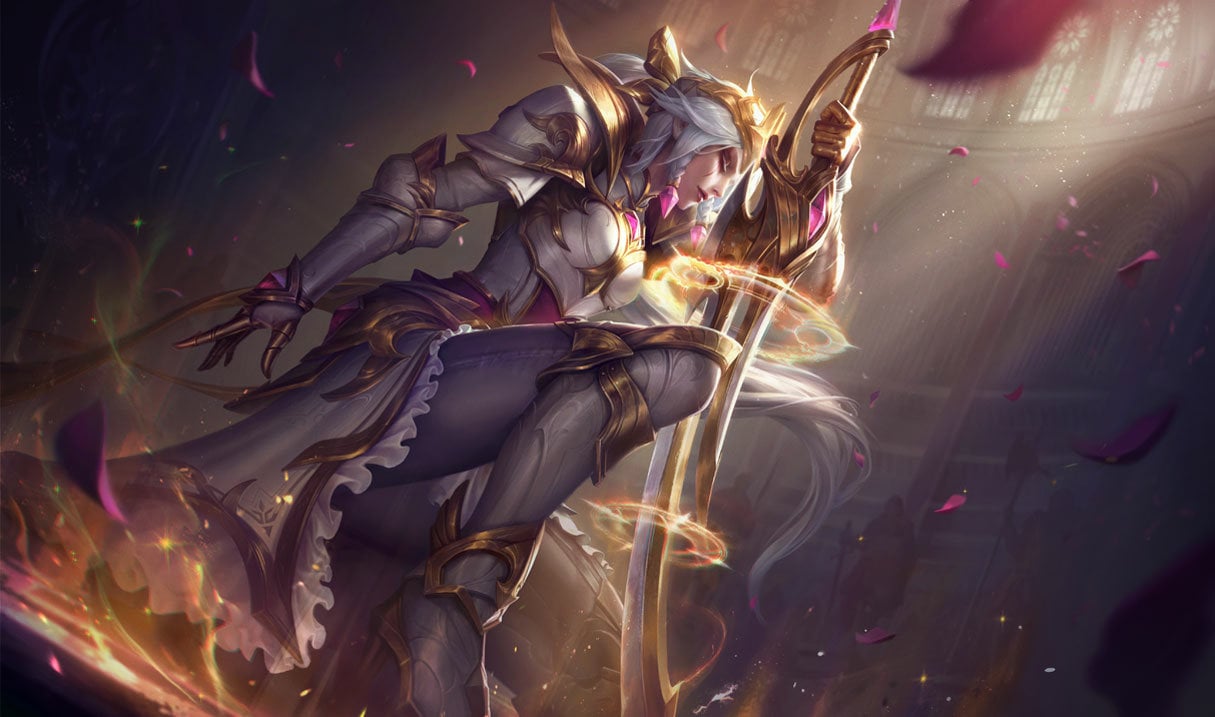 Season 11 of League of Legends has been defined by complete item overhauls, dependence on map proactivity, and the emergence of some of the game’s oldest champions as the new meta. Throughout the various Spring Splits around the world, these changes marked some of the most competitive yet most varied series that League’s esports scene has seen to date.

This year’s Mid-Season Invitational will be held in Reykjavík, Iceland from May 6 to 23, featuring teams that dominated their region throughout their respective Spring Splits. The first international event of the year will be played on Patch 11.9, which was released on April 28 and addressed some of the most glaring issues that have avoided the nerf hammer for some time, while also bringing a few new faces to the forefront to shake up the meta.

While some meta trends will remain oppressive, teams will only have a few weeks to fully discover what the new patch has to offer and what changes they’ll have to make to their playstyles. But we’ll have to see what the best teams from around the world pull out of their bag of tricks at MSI, where they’ll have the opportunity to define the League meta for the near future.

Here’s a look at some of the most powerful champions, compositions, and items that are overwhelming solo queue right now and might be at the forefront of MSI 2021.

A jungle of new possibilities

Hecarim, who ran around the meta freely with above a 50-percent win rate for over five patches worldwide, according to League stats site Champion.gg, is finally being stopped in his tracks—at least momentarily.

With Patch 11.9, Hecarim’s biggest strengths are being targeted, including his sustain, damage, and build flexibility. As one of the fastest champions in the game, Hecarim’s role has long been to initiate, get the gold, and get out freely without many scratches due to his built-in sustain. But throughout this season, players have increasingly opted for more tank-oriented builds to compliment Hecarim’s utility to a team, emphasized further in pro play where one great Hecarim initiation could mean the difference from a coordinated teamfight or utter disaster. Junglers like Royal Never Give Up’s Wei and Cloud9’s Blaber have successfully taken the horse by the reins and moved it into one of the most important pro picks around the world. In the LEC Spring Split playoffs alone, Hecarim was one of the most hotly contested picks, boasting an 87.9 percent pick/ban rate among all games.

In Hecarim’s place came Riot’s initiative to grant other champions newfound power in the jungle—and thus came the rise of Diana and Morgana.

In Patch 11.8, these two AP-oriented champions that have historically found homes in other lanes around the Rift received buffs to their kits that made some of their abilities more effective against jungle monsters. When these buffs hit the PBE months ago—alongside jungle buffs to Darius that didn’t entirely make it through to the live servers, like soloing a dragon at level one—players were quick to notice how huge the new damage ratios to jungle monsters were. And when the patch hit the live servers, the world fell victim to the dashing, slashing, and rooting that these powerhouses offer.

Within just one patch, Diana and Morgana rose from niche jungle usage to the top of the charts. Worldwide, the two have boasted over 50-percent win rates and increasingly prevalent ban percentages, though Morgana’s notably high ban rate comes as a mixture of her continued dominance in the support role as well. But neither champ has been played in pro play due to the playoffs around the world taking place on Patch 11.5 or 11.6, a few patches before these new junglers took their spots on top of the meta.

Although both Morgana and Diana’s jungle prowess was the target of a few of the nerfs in Patch 11.9, the numerical adjustments might not be enough to remove them from the jungle and place them back in their normal lanes. Morgana’s W, Tormented Shadow, is the ability that made her clears, sustain, and overall strength in the jungle overwhelming. It’s having its numbers tuned, but the healing that it provides is still more than enough for her to gank a lane as if she was never in the jungle to begin with. The attack speed nerf of Diana’s passive, Moonsilver Blade, which allowed her to plow through jungle camps with clears rivaling those of champions designed specifically for the jungle, will also likely not be enough to remove her from the top of the mountain. Paired with her strong ganking potential before level six and her immense increase in potency afterward, Diana might pick up where Hecarim left off heading into MSI.

Whether Morgana and Diana shine on the international stage rests entirely in the hands of the pros. But with jungle meta saturation increasing with each patch, these two champions will likely be at the forefront of picks and bans where they’ll showcase exactly why they’ve been dominating solo queue for over a month.

Who knows, we may even see some champions normally suited for the jungle venture into the solo lanes—looking at you, Lee Sin.

Rejoice, lovers of enchanters across the map. Moonstone Renewer is once again going to be a vital option for popular healing and shielding champs due to buffs that put it on par with other support items.

While tanks and initiation champions like Thresh and Alistar will continue to live freely in the bot lane, enchanters like Karma, Lulu, and Seraphine will venture off once more into the solo lanes where their oppressive poke damage and self/team sustain may lead to Moonstone Renewer nerfs once more.

Seraphine was arguably one of the most important champions for teams that successfully got the Starry-Eyed Songstress out of the pick/ban phase. In the LCS Mid-Season Showdown alone, Seraphine had an 80.6-percent pick/ban rate with her only getting access to play on the Rift in six games, notably as an ADC. By fulfilling the ADC position, Seraphine allowed players to take advantage of the abundance of crowd control offered by meta support champions, all the while acting as a simultaneous damage dealer and support herself through the constant spam of her abilities and teamfight-changing ultimate. While she fell off last patch with Moonstone Renewer’s abundance of nerfs, the potent combo of this item with Staff of Flowing Waters will certainly make Seraphine a contested pick throughout MSI.

The dreaded Karma top may also make a resurgence now that Moonstone Renewer is viable once more. With Turbo Chemtank being tossed to the side, top laners no longer have to constantly worry about junglers like Hecarim and Udyr running in and out of their lane whenever the coast may seem clear. Therefore, more team-oriented picks like Karma will now have a much easier time existing in the top lane—to the dismay of viewers.

The existence of enchanters in lanes other than their intended support role often results in notable meta shifts around the map to counter them, as well as heightened reliance on items that inflict Grievous Wounds. Powerful picks such as Renekton and Sion may fare decently against Karma in top lane matchups, but when going against a Seraphine in teamfights, their utility dwindles with the simple press of a button. But Patch 11.9 also implemented buffs for some top lane champions that like to be at the center of attention—Sett, Shen, and Trundle. This means Riot is well aware of the map-wide implications of buffing Moonstone Renewer and is set on bringing some new faces to the forefront to reduce the usage of these support champs outside of their intended position.

Can’t buff one without the other

Of all of the oppressive bot lane duos, Kog’Maw and Lulu have historically shown impressive results when used together—so much so that Riot often nerfs them together. Now, due to their fluctuating viability in a meta centered around initiation tanks, they’re being buffed together and are likely to jump right to the top of the bot lane leaderboards.

The buffs for both of these champions target their potency in the early stages of the game, where Thresh hooks, Rell jumps, and Alistar bonks often leave these immobile champions defenseless. But in the hands of pro players once more, this duo can make some noise and quickly become some of the most sought after champions on the Rift.

Although Lulu may be a priority pick for her presence elsewhere on the map, the hefty buff to her W cooldown along with the buffs to Moonstone Renewer make her the perfect enchanter to protect a Kog’Maw looking to spit all over the enemy. Now, with an increased cooldown, Lulu can make Kog’Maw the walking turret he’s destined to be with constant attack speed buffs or she can make it easier for the enemies to be unable to retaliate by polymorphing them more often.

If Lulu can get a Kog’Maw ahead sooner rather than later, the Mouth of the Abyss won’t have to wait until 30 minutes into the game to become a threat. But that’s not to say some of the most capable ADCs in the world won’t seek to outshine their supports at MSI. Kog’Maw alone now has a better time using the tools at his disposal with their decreased cooldowns and mana usages, especially at early stages of the game.

While Kai’Sa, Jinx, Tristana, and even Varus might be priority picks for most teams heading into MSI, it’ll be important to watch out for this particular bot lane duo of Kog’Maw and Lulu, who may be just what League needs to shake up the meta once more.

Fans can look forward to seeing the pros define the new midseason meta when the best teams from around the world compete at MSI 2021 in Reykjavík, Iceland starting May 6.