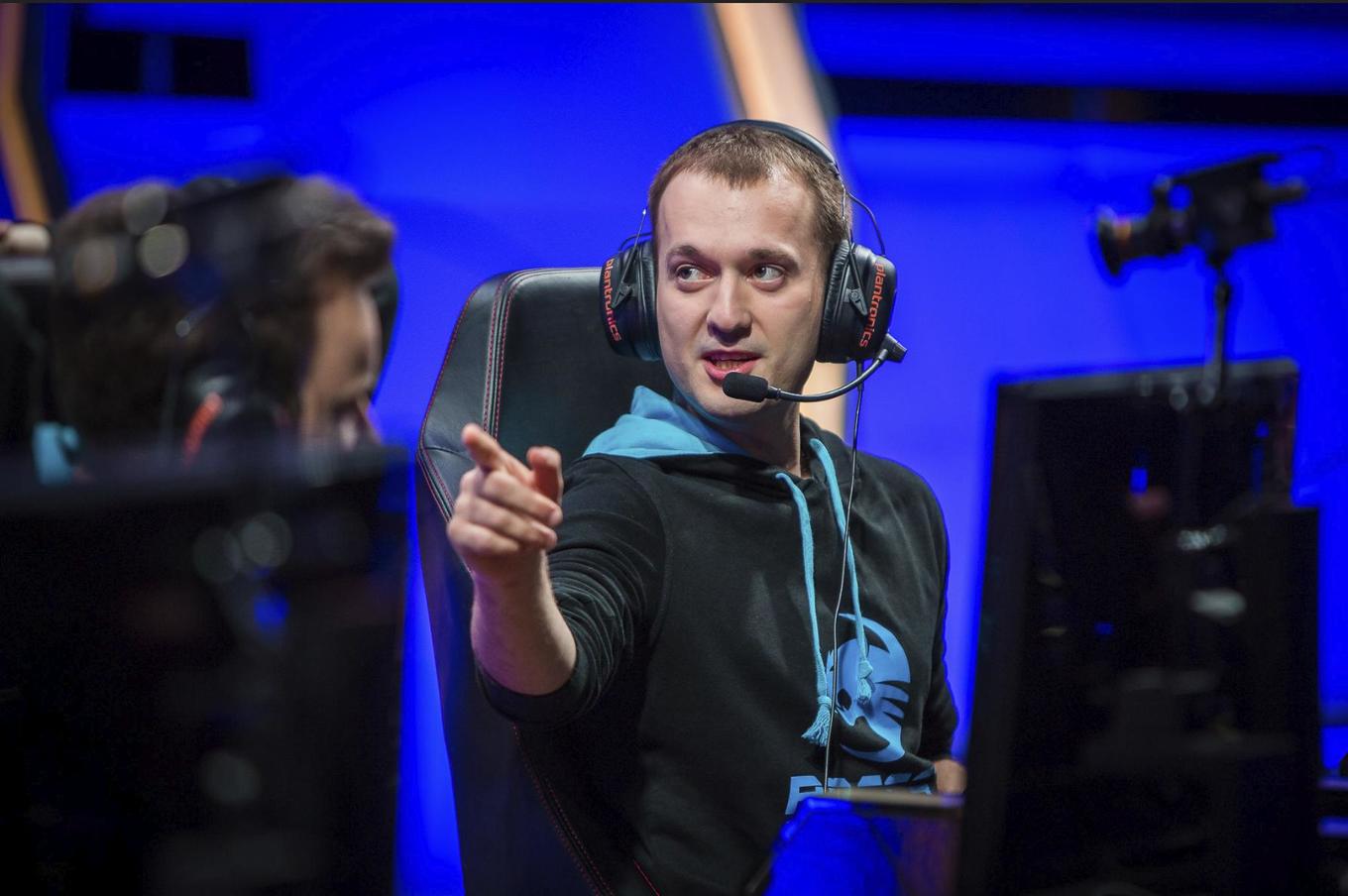 The career of a professional League of Legends player is often short.

There’s Team SoloMid fan favorite Brian “TheOddone” Wyllie who retired at the age of 25 after playing for four years, European legend Pete “yellowpete” Wüppen, who left Evil Geniuses at 25, or Dignitas legend Michael “imaqtpie” Santana, who moved on to a much more lucrative career in streaming at just 22. If those ages don’t seem particularly old, consider that most professional athletes don’t start to decline and retire until their 30s. It’s indicative of how short professional League of Legends careers really are that 25 might seem old.

There are plenty of reasons why: Maybe a better, younger player replaces them, or wrist and hand injuries pile up, or those fast-twitch muscles just start to decline at an early age.  Sometimes it can be down to declining performance, sometimes a player loses their drive, and sometimes, almost inexplicably, an extremely talented player just drops out of the scene.

There are some players, however, who clearly left too young. Players who many expected to accomplish a lot more but whose careers never quite materialized. These are the best League of Legends who retired too young.

Maybe this is cheating.

Vytautas “Extinkt” Mėlinauskas made his comeback to the competitive LoL scene last split as a sub in the support role for ROCCAT. So plenty of current fans have heard his name. But the shame is that a large portion of the newer, or casual, LCS viewership will never know the story of a player who once challenged the legendary Henrik “Froggen” Hansen and Alexey “Alex Ich” Ichetovkin for the title of “best mid laner in the world.”

In 2011, Extinkt’s team, Curse EU, was one of only a few teams battling the established faces of the European scene. At a time when CLG EU and Moscow 5 were battling for supremacy, the team, bereft of any superstar names, began showing results, many off the back of outstanding performances from Extinkt.

Perhaps his greatest accomplishments came in the latter stages of 2012, with seven top-four finishes at offline tournaments, six of which featured the best teams in Europe. That sealed his place as one of the elite talents of the mid lane and victories over Moscow 5, Fnatic, and SK gaming made the future looked bright.

After a slew of roster changes caused the disbandment of Curse EU in January 2013, Extinkt continued his dominance in the European Challenger scene with two more teams, Samurai in Jeans and Heimerdingers Colossi, reaching the LCS promotion tournament with the former. The Extinkt’s career first came to an end after a stint in the top lane with Ninjas in Pyjamas in the LCS. Although he didn’t elaborate on his reasons beyond loss of motivation, it seems plausible that he didn’t enjoy the top lane, and the role swap slowly drained his desire to play the game.

It feels like everyone has forgotten about Morten “Zorozero” Rosenquist. The last time you may have heard that name was in rumors of his return to the game over a year ago. Yet Zorozero remains one of the best top lane players to ever grace the LCS stage. He even played at Worlds with the short-lived Lemondogs lineup that was eliminated in the group stage.

Zorozero enjoyed a fleeting rise to the top when he qualified for the LCS with Lemondogs (then called Sinners Never Sleep). Despite his lack of experience in League, he very quickly established himself as one of the brightest talents in Europe. Zorozero and Lemondogs managed to win the Summer 2013 regular season and place second in the playoffs in their debut LCS split. Despite their disappointing performance at Worlds, their domestic performance remains an impressive feat.

Offseason madness saw Lemondogs disband, and Zorozero joined up with a new-look NiP lineup. Despite the step down from the LCS, his new lineup looked good, and their chances at LCS promotion seemed strong. In one of the most surprising results at an LCS promotion tournament, however, they fell to heavy underdogs Millenium in a reverse sweep. The team disbanded and Zorozero retreated to the shadows, with only a cryptic tweet saying we may never see him again. Despite a brief resurgence, albeit streaming Hearthstone, Zorozero remains one of the best players to only ever feature in one split of the LCS.

Newer LCS fans may be familiar with the famous #KeepSteelback debate. But he wasn’t the first AD carry to inspire a hashtag.

Johannes “Puszu” Uibos stepped up to the plate when Martin “Rekkles” Larsson was forced to the sidelines for one season until he turned 17.

No one placed much expectation on the Estonian player’s shoulders. Everyone knew the score: He was a substitute, and Fnatic were always waiting for the return of their hot prospect. Puszu hardly set the LCS alight, but he certainly outperformed his expectations, taking Fnatic to the playoffs and then the Season Three World Championships. Uibos’s is remembered by his play on Varus, with 10 wins and only three losses on the champion in the LCS.

Larsson became eligible to play for Fnatic during season three worlds, but the team decided to stick by Uibos—which proved to be wise. He once again showed his skeptics wrong, turning in a high-caliber performance throughout the bracket stage and even in the semifinal series that saw Fnatic crash out at the hands of Royal Club.

Puszu finished the tournament with an 8.93 KDA over 15 matches. But the 3-1 defeat to Royal Club is the last time Uibos played on stage, and despite the fan campaign to #KEEPPUSZU, he ultimately left the starting lineup. Promises of a return resurfaced in a 2014 Reddit AMA, but that never materialized.

Stories tell of an ancient time in the League of Legends competitive scene when western teams and players were able to travel to South Korea to compete in OGN (now known as LCK).

Victor “CitizenWayne” Toll is one of those rare players. CitizenWayne featured on another ancient relic: a Natus Vincere sponsored lineup. As a player, CitizenWayne was likened to Henrik “froggen” Hansen, the two player bore similar champion pools, however they were both also known for a strong macro game on top of 1v1 mechanics.

CitizenWayne was recognized as a mid lane talent when Na’Vi started taking victories over the superstar teams of that era, such as CLG EU and Season One world champions Fnatic. It took some time before CitizenWayne could transform those online victories into LAN results, however. Still, he earned respect among his fellow players for his talent and ability to be a shotcaller from the mid lane. When Na’Vi headed to South Korea, CitizenWayne proved himself even more, even if the team did ultimately fail to make it out of groups.

The trip to South Korea wasn’t his only adventure in 2012. Shortly after joining Team Acer, CitizenWayne travelled to China to compete in an event called the Esports Masters. The competition featured the likes of World Elite, Invictus Gaming, and LGD Gaming from China, as well as Korean side Incredible Miracle and North American side Curse Gaming.

A third place finish there, with wins over Curse LGD, and losses to World Elite and IG (the former would go on to be the best team in the world for a time) was the last major tournament top-three placing for CitizenWayne. Perhaps the biggest let down of his career was that he never really played for a lineup capable of doing him justice.

North America kind of makes it into the list. Lyubomir “Bloodwater” Spasov, hailing from Bulgaria but living in the U.S., was once considered one of the best support players in North America. Bloodwater was somewhat of a journeyman, bouncing from team to team until Team Vulcun seemed to become his permanent home towards the end of the 2013 NA LCS Summer Split.

Bloodwater became known for his outstanding performances on Thresh, Sona, and Zyra, and those performances helped lead Vulcun to third place in the LCS playoffs, securing a spot at the Season Three World Championships. That was also the season Bloodwater managed to steal baron with a rank one Janna tornado, something that fans still recall to this day as one of the best steals in history.

Vulcun were never going to go far in the world championship, but they did put on a brave performance, even taking a game off Fnatic in the group stage. Ultimately they crashed out, and the team essentially crumbled in 2014. Bloodwater was replaced on the Vulcan lineup after  he announced he had plans to retire at the end of the spring split. He briefly made a comeback with Maelstrom Gaming in 2015, but the team failed to qualify for the Challenger Series, and Bloodwater hasn’t been seen since.