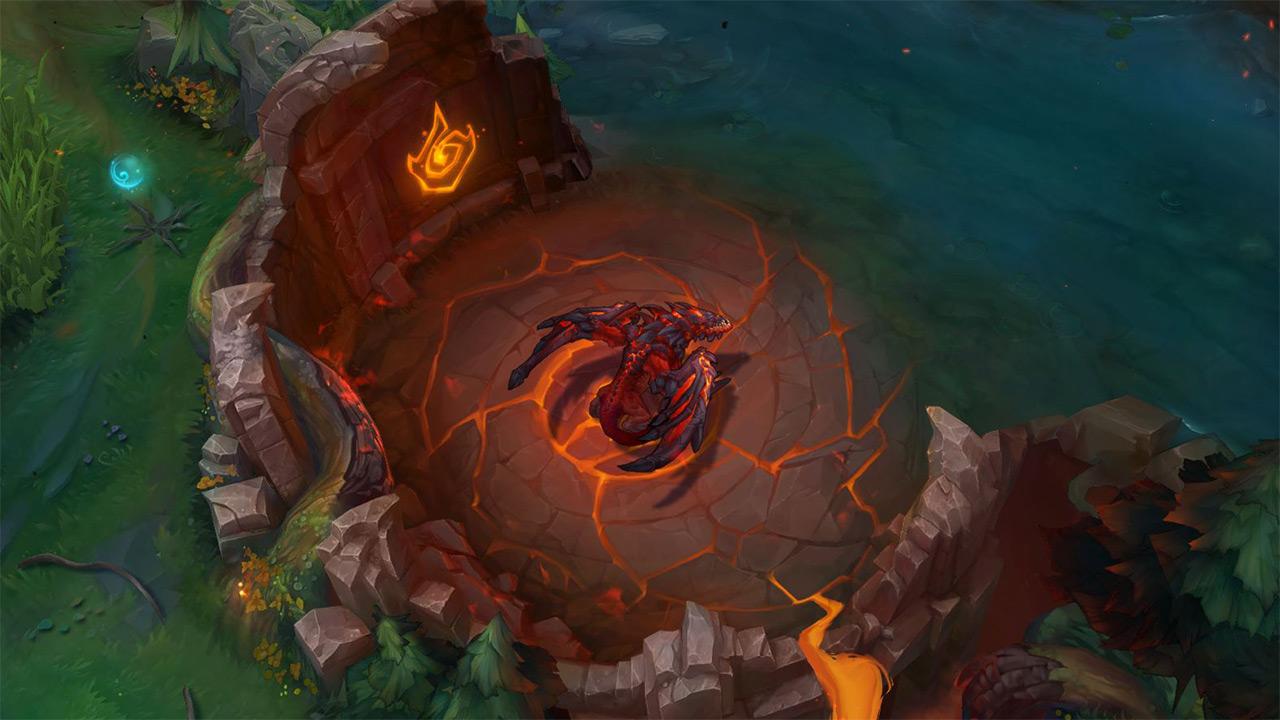 It’s almost time for Summoner’s Rift to receive another makeover. For League of Legends‘ 10-year anniversary, Riot Games has revealed that the developer team is making some sweeping changes to the game’s map in the upcoming season in what’s called the Rise of the Elements.

In Rise of the Elements, the elemental dragons now change how the map will look and play out in each game. The third dragon that players take will now transform Summoner’s Rift and that dragon type will be the only one to spawn for the remainder of the game.

The infernal dragon’s effect on the map is quite drastic. Walls around buff camps are broken and the brush surrounding them are also burned away. This allows for some unique pathing in the jungle, giving players a new way to flank and ambush their opponents.

The walls at the dragon pit entrance will also crumble away, which should make fights around dragon that much more interesting since there will be less obstacles during a skirmish.

In comparison, the ocean dragon’s effect on Summoner’s Rift is also huge in terms of vision and health. One of the biggest changes this rift brings is increasing the size of the brushes on the map.

Multiple new brushes will also spawn around the dragon pit, which will make teamfights in the jungle and river that much more difficult. There will be many new places to lie in wait for an ambush.

Lastly, the ocean dragon will cause honeyfruit plants to spawn in the jungle and not just in the river. This will allow players to load up on health if they need to prepare for another teamfight, especially later on in the game when they have no time to recall.

The cloud dragon’s effect is pretty substantial on the map. It spawns air currents that flow through the jungle and in the dragon pit. When you run into these currents, your movement speed is greatly increased.

Less-mobile team compositions now have the ability to traverse the map with ease, while both teams have a chance to ambush unsuspecting enemies with bursts of speed. If you’re trying to make a quick getaway from a fight gone wrong, you can also use these currents to your advantage.

When the mountain dragon spawns, it creates new terrain at the mouth of the dragon pit, as well as small pieces of terrain in the jungle. These new walls will make the jungle that much scarier for close-quarters teamfights. Successful wombo combos, on the other hand, will be much easier to land with less room to maneuver.

Players can even play with the fog of war and prepare little ambushes for anyone who steps too far without the proper vision around these new masses of land.

Side lane alcoves and new brushes

The top and bottom lanes are also getting a big change in the form of identical alcoves being put in to “offer greater outplay opportunities by allowing players to turn fights through clever environmental play.” These alcoves also feature three small brush patches at the entrance and a small rock in the middle. There are new permanent brushes at the entrances near each team’s blue buff, too.

The alcoves and the new brushes will bring some exciting new opportunities for ganks and outplays while also giving fleeing players a chance to fool enemies and make a clever escape.