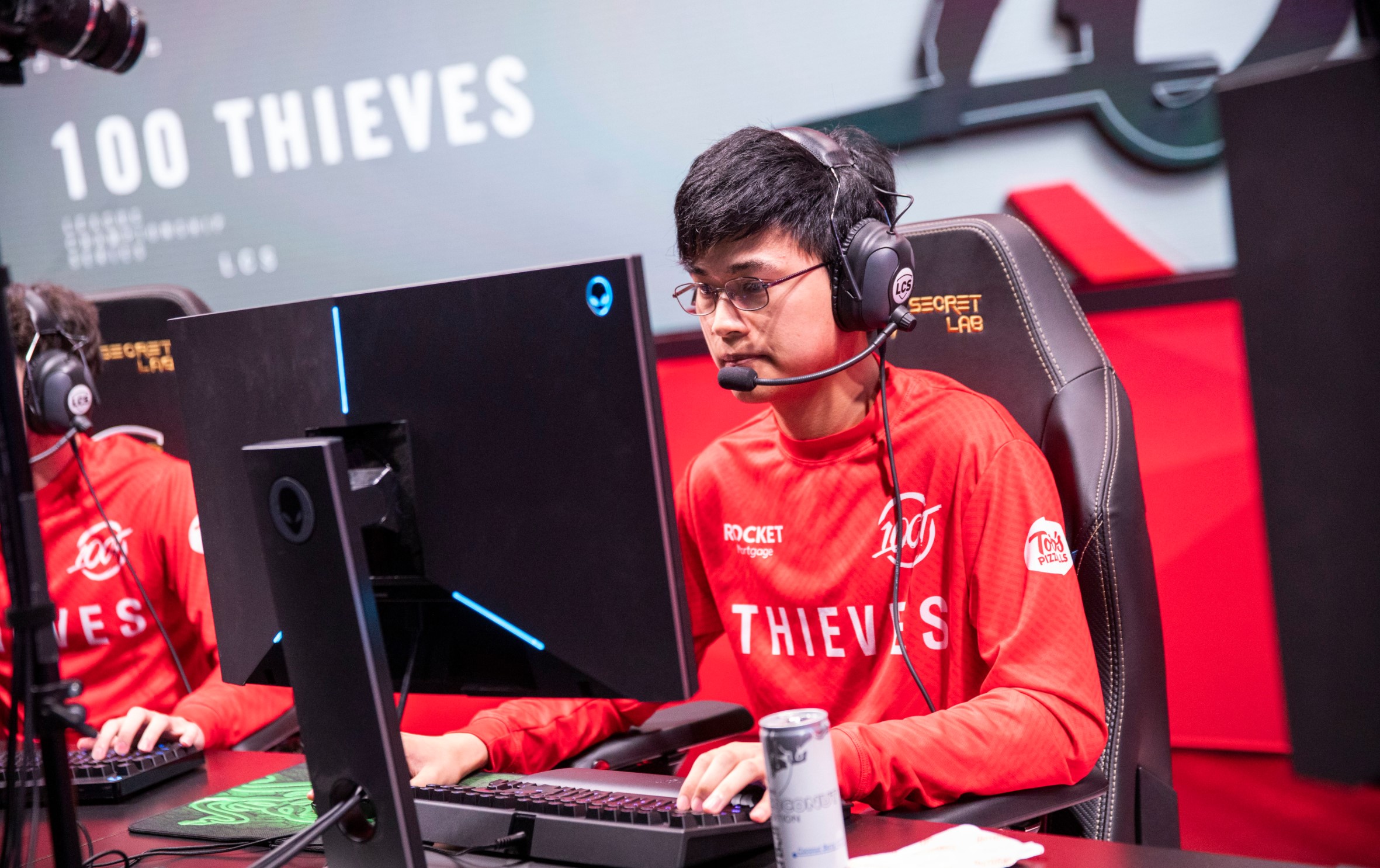 With the 2020 League of Legends free agency market set to open early next week, 100 Thieves is allowing two of its former starters, FakeGod and Soligo, to search for offers from other LCS organizations prior to their contracts expiring on Nov. 17.

Alongside substitute AD carry Prismal, Soligo and FakeGod will be the only players on 100 Thieves whose contracts are expiring this offseason. The rest of the starting lineup and all of the organization’s substitutes are under contract through at least the end of the 2021 season.

Both Soligo and FakeGod spent time in the organization’s starting lineup during the 2019 season, with the latter of the two receiving a strong portion of playing time in the top lane.

But in 2020, both players spent the entire season playing with 100 Thieves’ Academy roster after the franchise opted to give opportunities on the LCS stage to Ssumday and Ryoma.

This apparent parting of ways with FakeGod and Soligo marks another point in an already active offseason for 100 Thieves. Earlier this week, the team moved on from veteran ADC Cody Sun. Initially, 100 Thieves allowed him to search for other offers ahead of his contract’s expiration date as well. But the two parties ended up settling on a termination of the deal altogether.

These changes to the franchise’s overall roster are most likely a result of the organization’s underwhelming performances on both the LCS and Academy levels in 2020. Although both versions of the 100T roster reached the playoffs in the Spring and Summer Splits, neither the LCS nor Academy teams made it past the first round. That could be one reason why the organization is seeking to make changes across the board ahead of the 2021 season.

The LCS free agency period is set to open on Nov. 16.